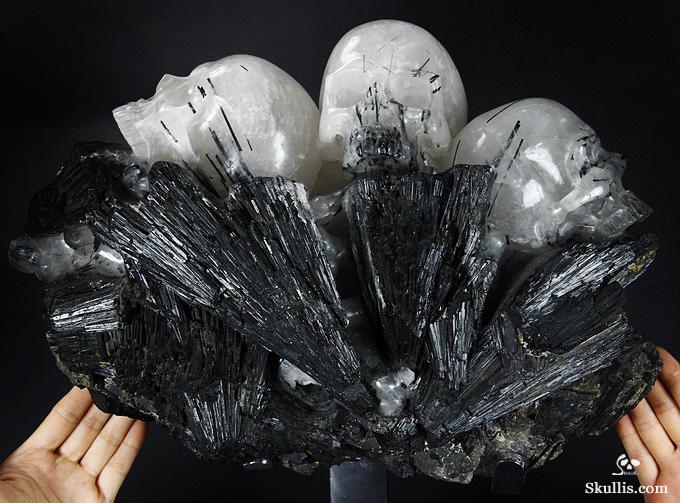 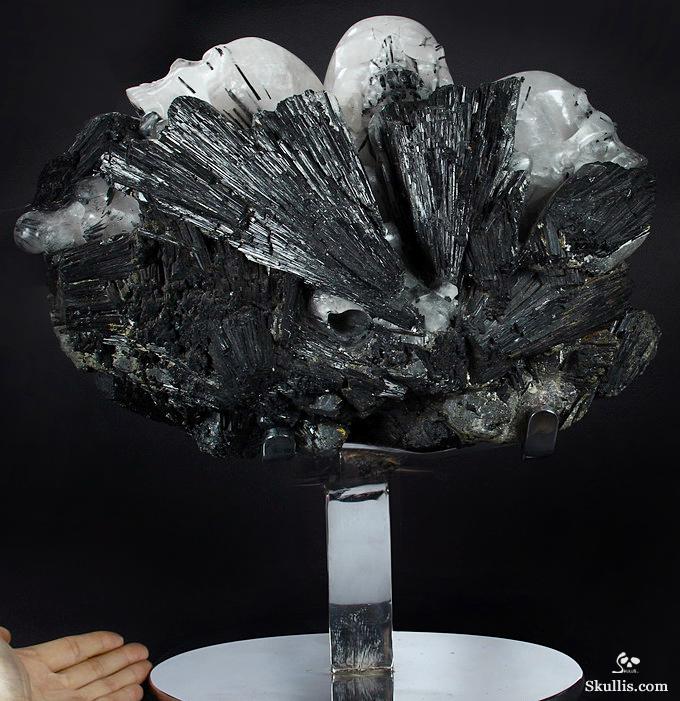 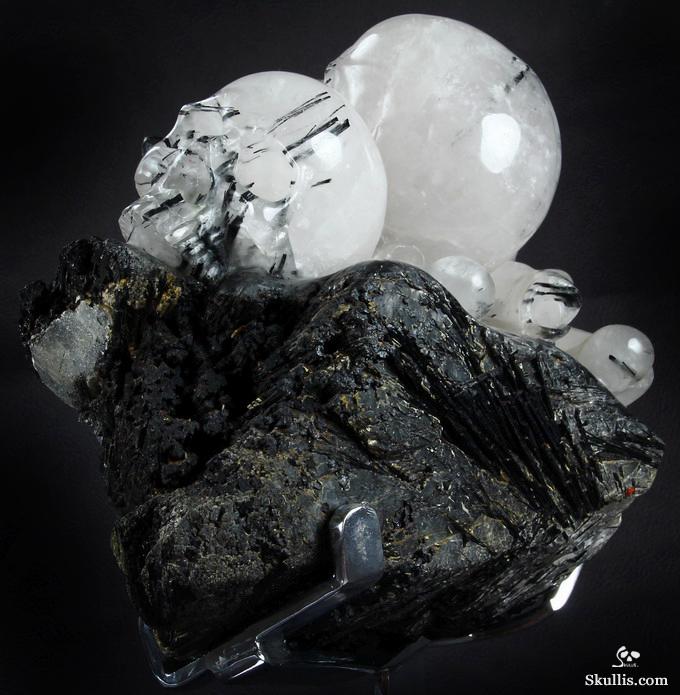 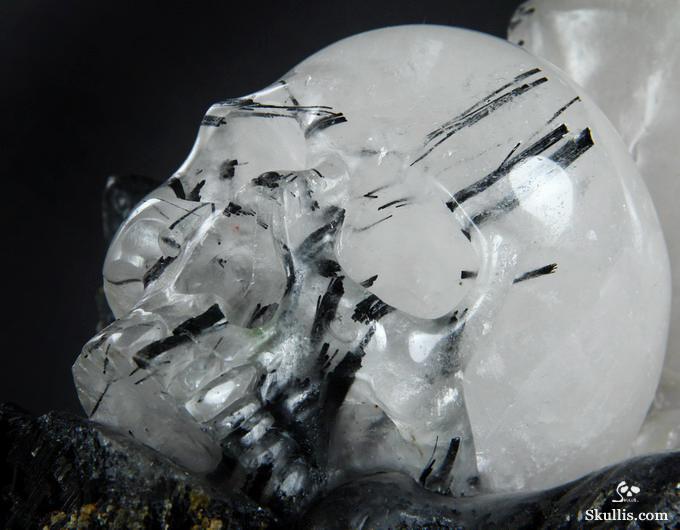 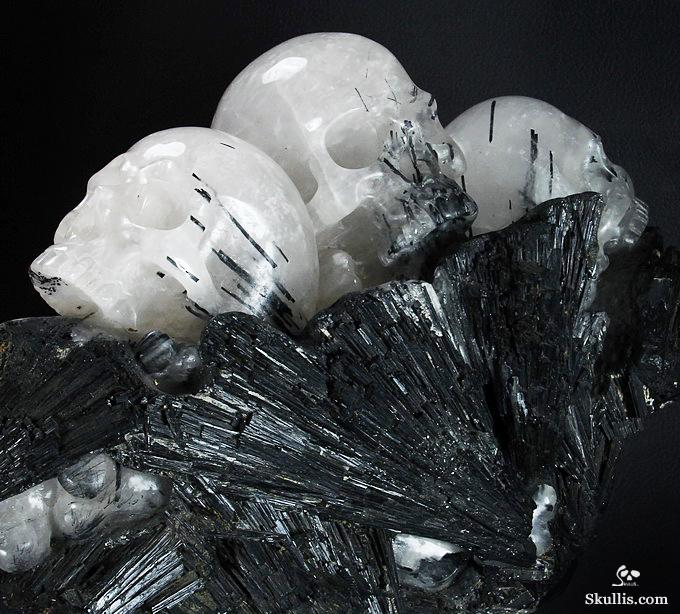 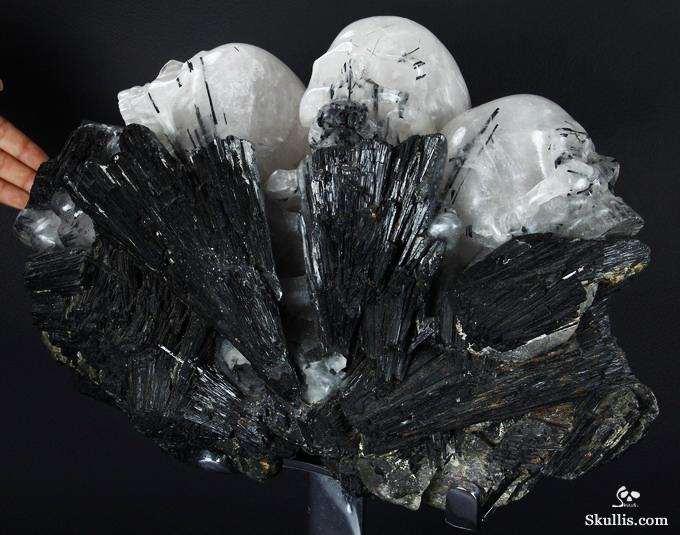 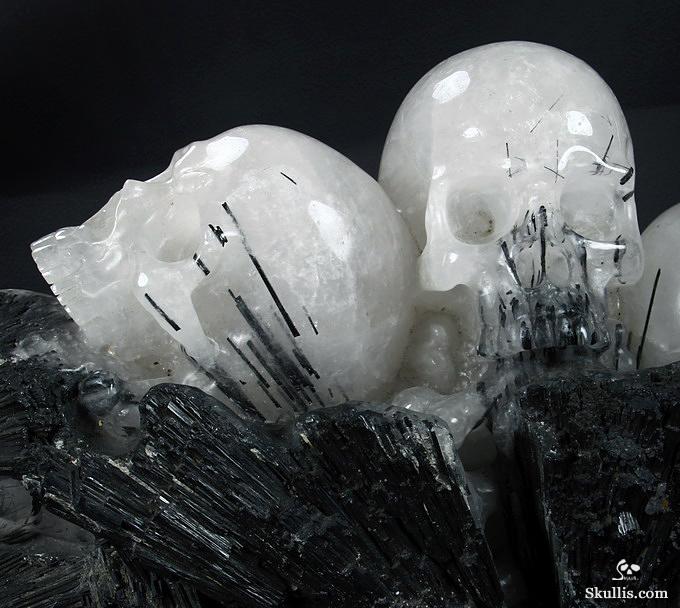 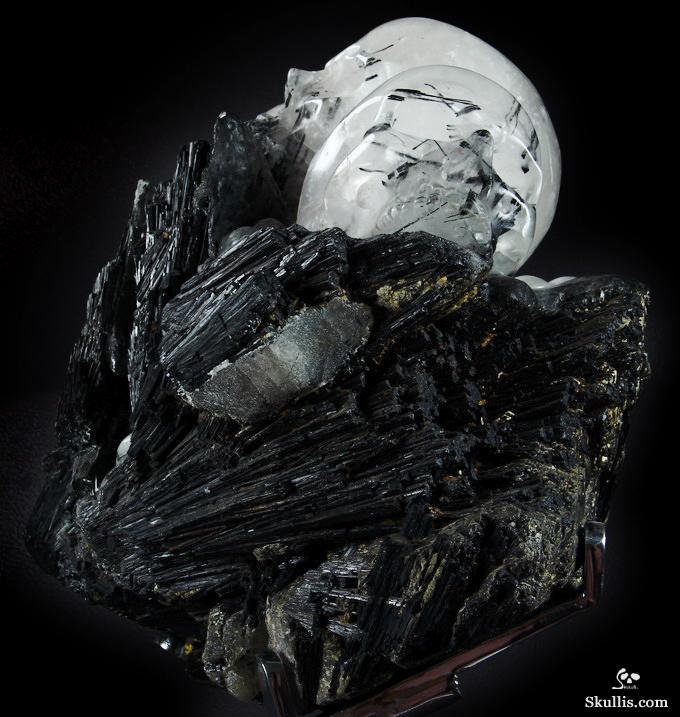 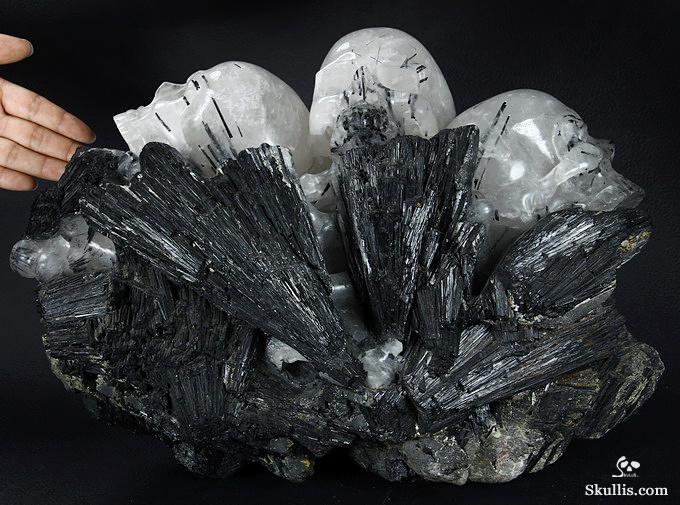 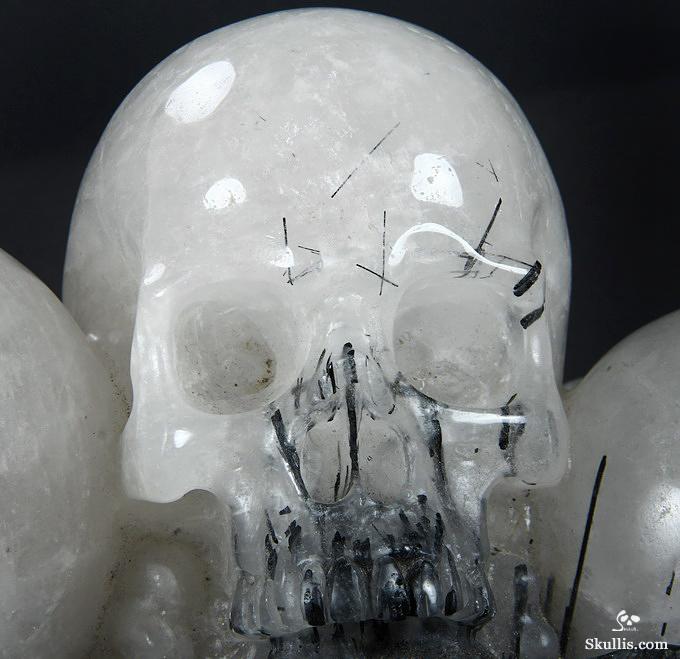 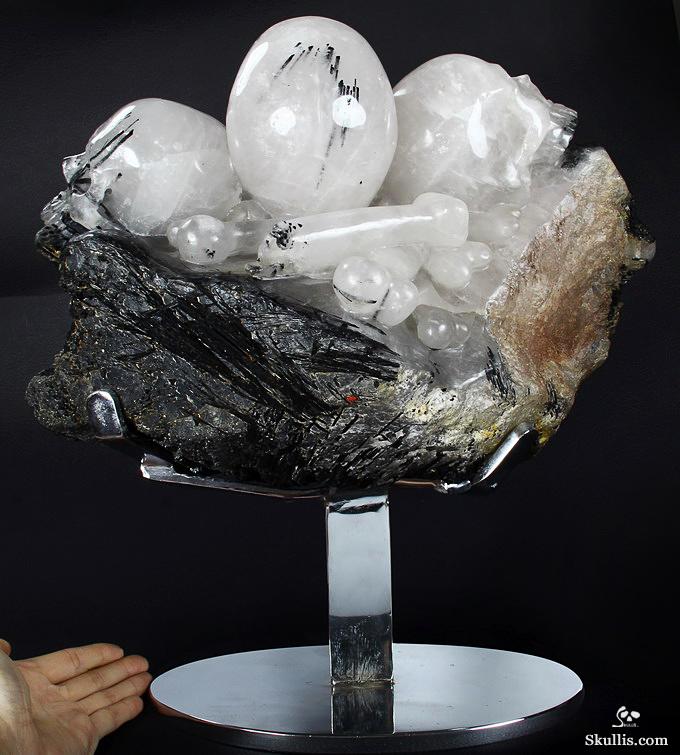 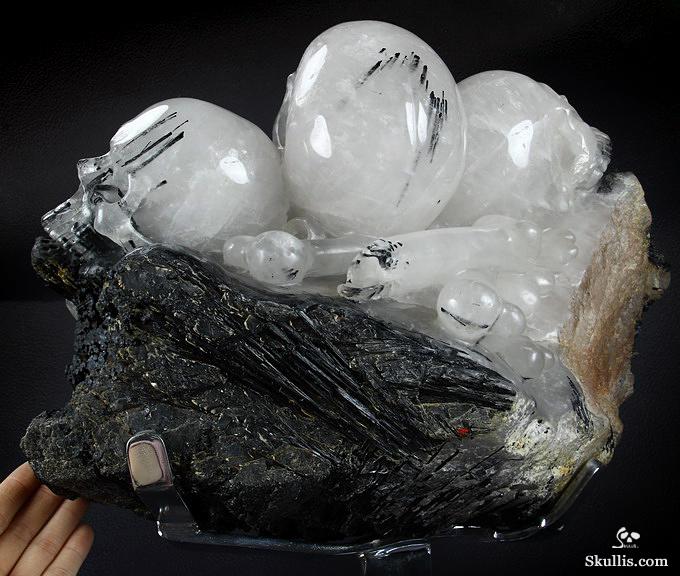 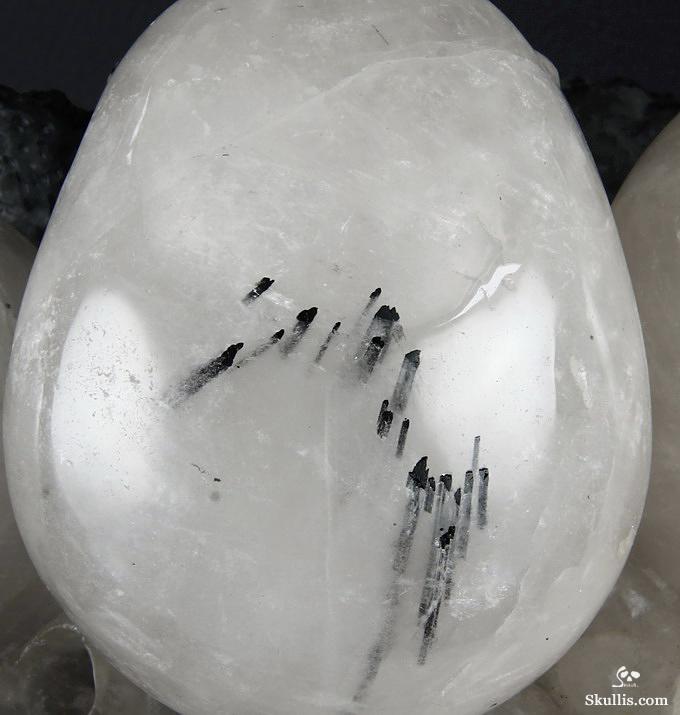 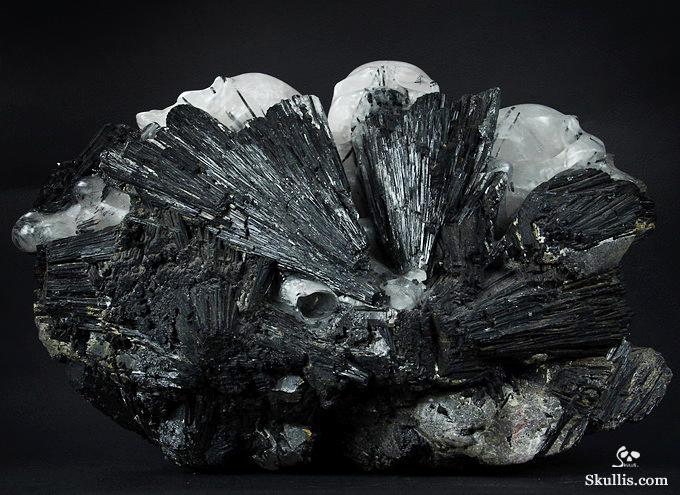 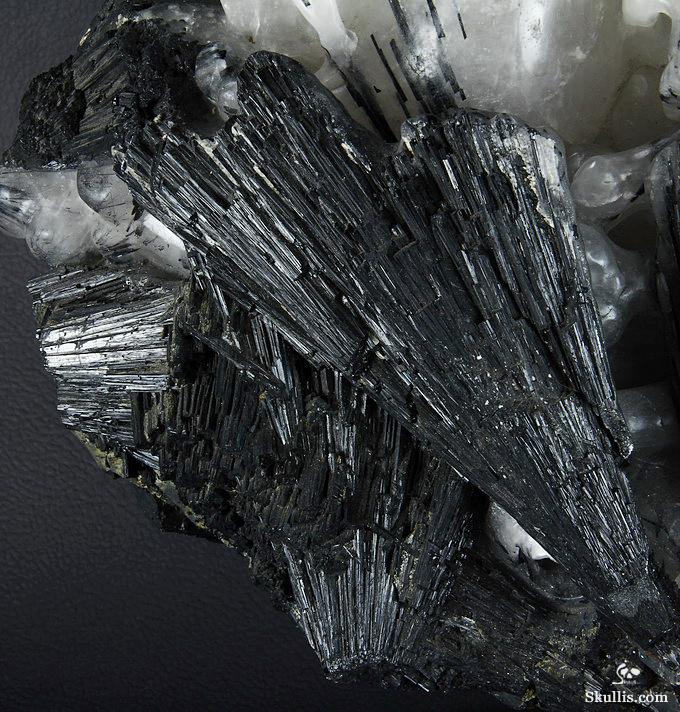 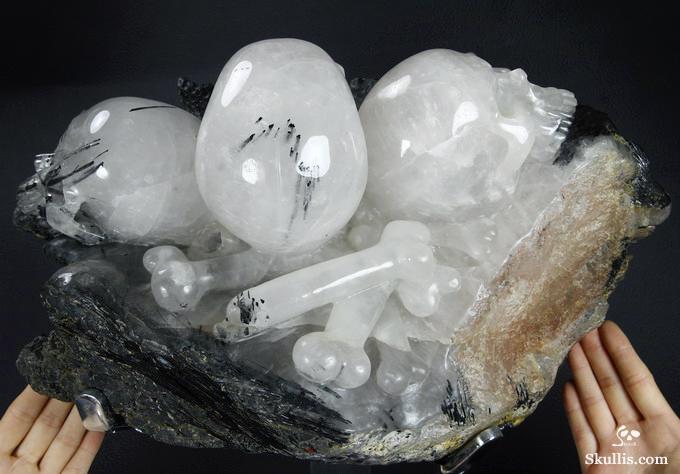 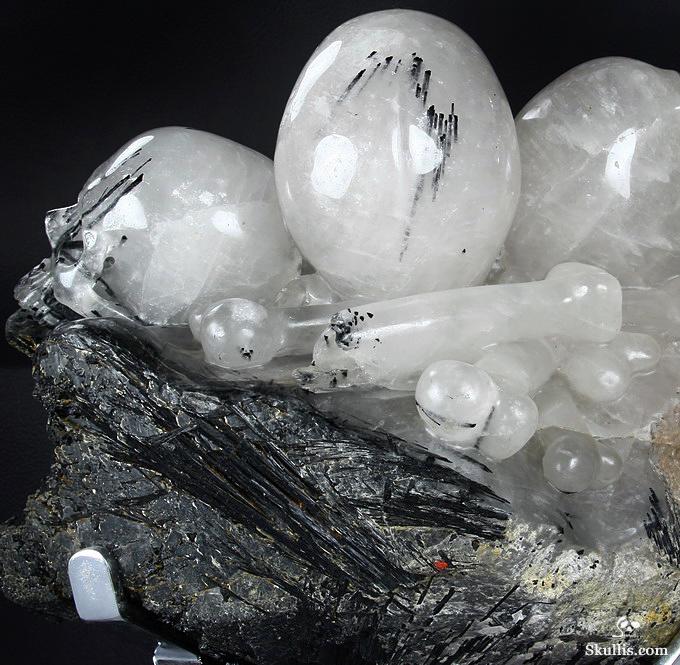 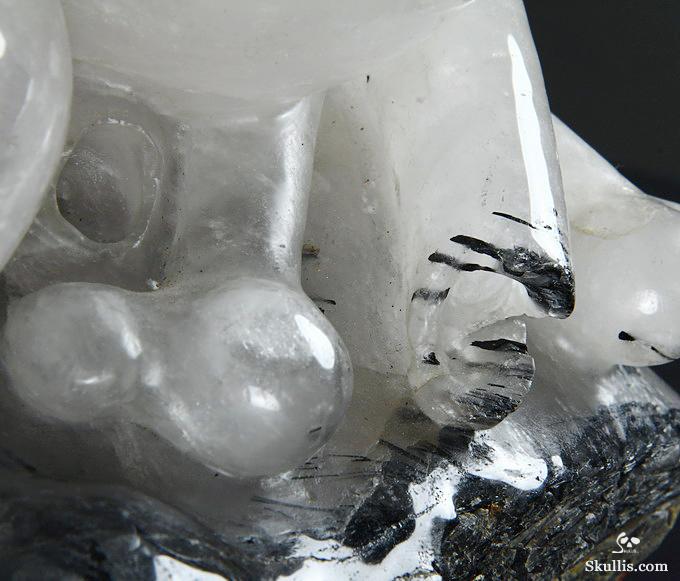 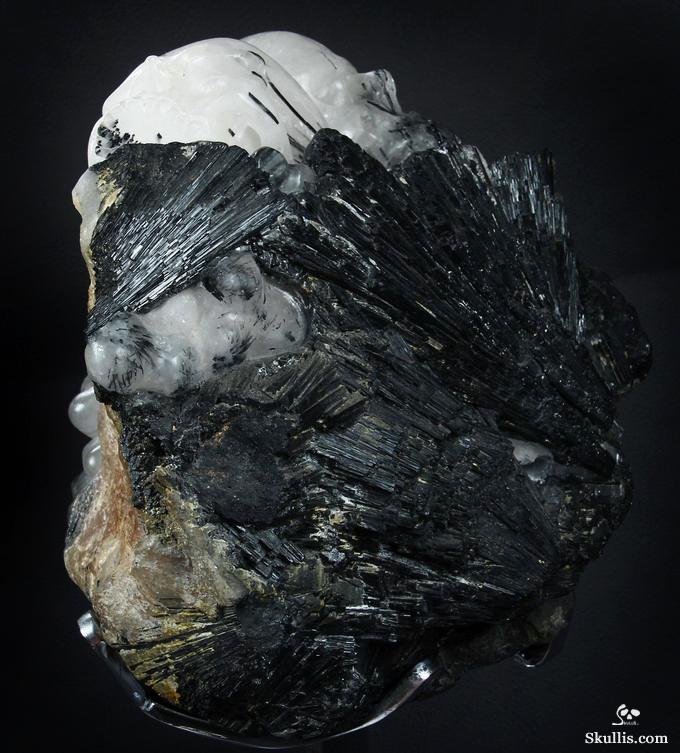 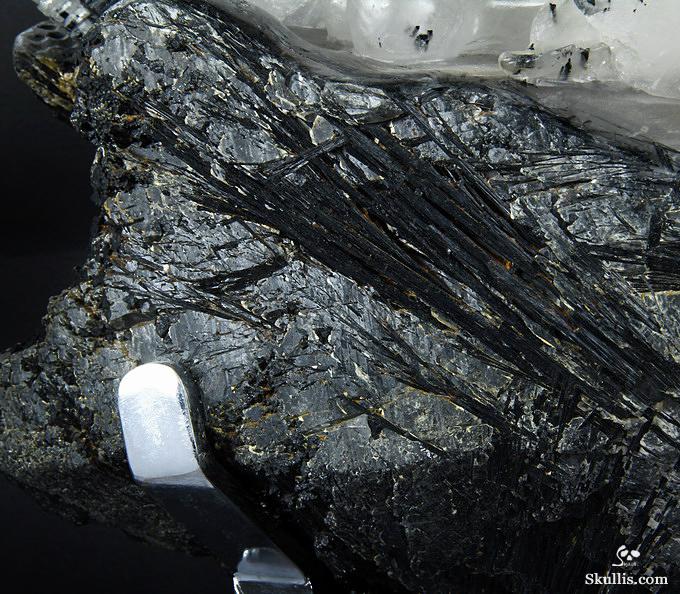 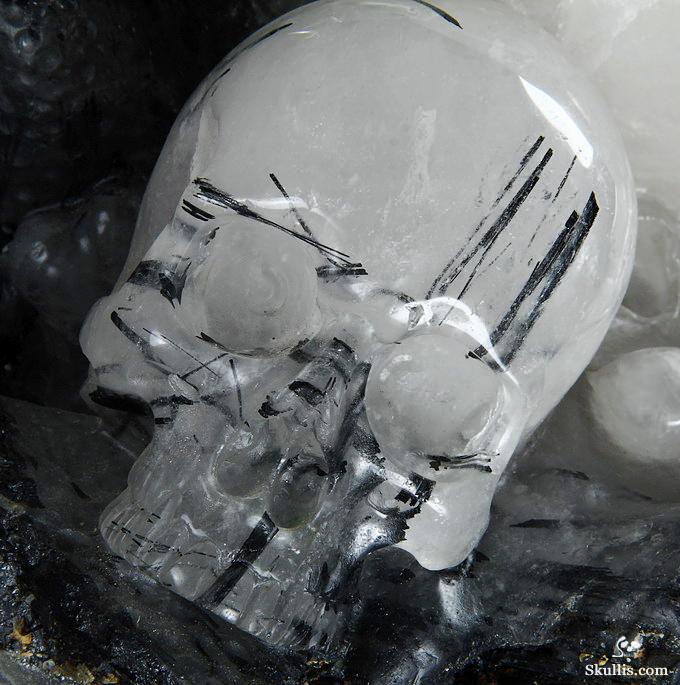 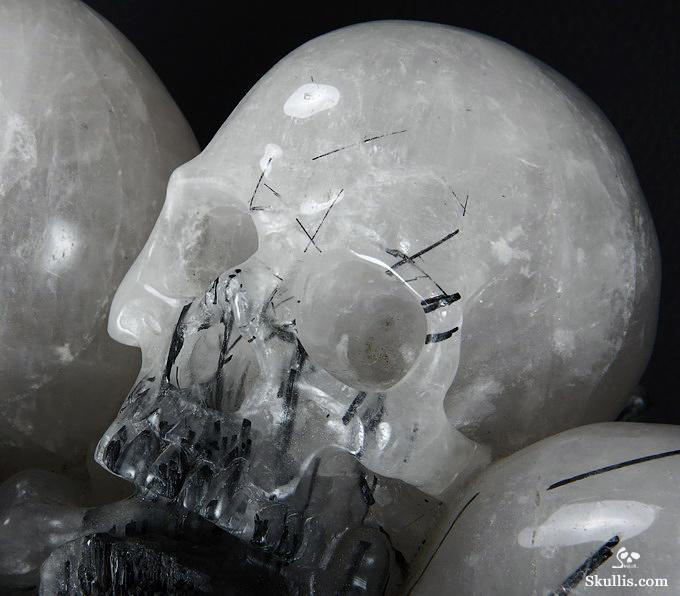 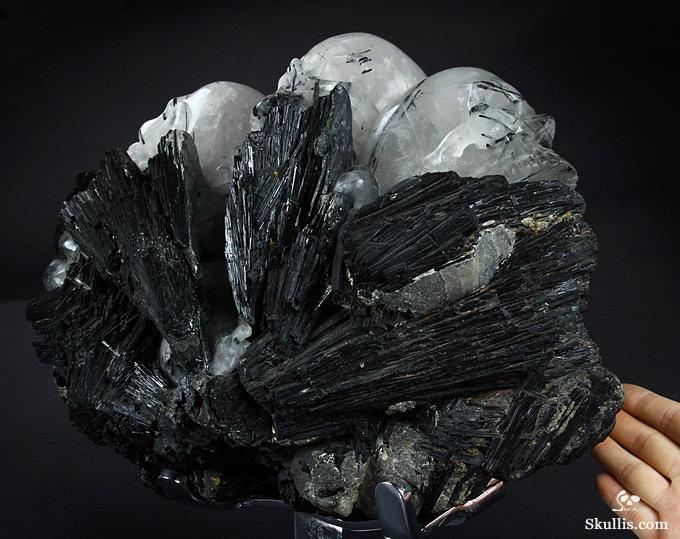 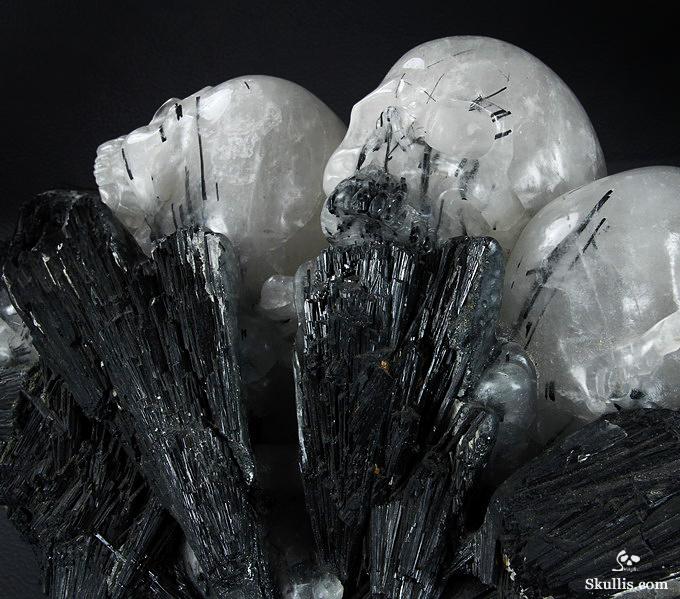 The Consciousness Expanding crystal skulls radiates an energy which promotes positivity and community while actively working to disperse and protect from negative thoughts, feelings, beliefs, attitudes, and behaviors. We are encouraged to express more often our kindness and nurturing qualities when interacting with other people, following the guidance we receive through our observations and intuition.

The Consciousness Expanding crystal skulls also help us to be more aware of when we are being excessively critical, and encourage us to alter our perspectives and release our tendencies to judge others and ourselves. The Consciousness Expanding crystal skulls teach us that if we truly can understand what another person is experiencing, we will also gain understanding of their behavior, and with this new understanding we are better equipped to offer our support and acceptance rather than our judgment.

As we endeavor to help others, the Consciousness Expanding crystal skulls encourage us to remember to pay attention to our own needs as well. While we may be quite willing to help others find their happiness, we must also avoid neglecting the efforts that will bring joy to us. By ensuring we are happy and at peace, we are better able to help others achieve these in their lives.

For those who are paying attention, everywhere we look we see mention of a coming ascension of humanity's consciousness. The Consciousness Expanding crystal skulls helps us to connect with our past, present, and future, and also helps us to be receptive to information regarding our past and future incarnations. Consciousness Expanding encourages each of us to be aware of the changes that we have experienced, and what changes we desire to see in our future, helping us to ensure our growth toward enlightenment and becoming individuals fully oriented in love. The Consciousness Expanding black tourmaline and quartz crystal skulls sculpture helps us to see the amazing possibilities we can, by the choices we make, bring into our reality.

The energy of tourmaline naturally cleanses, activates, and enhances the chakras and the energy centers of the physical body, as well as one's mental and emotional aspects.

Tourmaline facilitates insight and new ideas, and bolsters one's confidence in oneself. By enhancing comprehension of situations and issues where one may be ignorant, tourmaline helps one to diminish and release fears that may be inhibiting progress and personal expression.

Tourmaline brings equilibrium to the yin and yang energies, and also brings the aura, the mind, and the emotions into balance, aligning them with each other and with one's spiritual nature.

Throughout history various cultures have used tourmaline as a crystal of discernment to determine the actions required to achieve optimal results for situations. It has also been used to reveal the persons and issues which are responsible for the experiences of difficulties and disharmony. Aboriginal, African, and American Indian shamans utilized tourmaline for protection from all types of physical dangers, and for healing purposes. African shamans have also used it to dispel illusions and as a means of understanding and perceiving the aspect of an individual that is the part of the universal whole.

Tourmaline enables one to examine one's inner self with the understanding that what one experiences within is just as real as one's external experiences. It inspires perseverance and the will to endure, encouraging one to not only meet adversity with peaceful non-resistance, but to also maintain a positive and cheerful attitude, and assists one to surrender one's tendencies to feel persecuted, exploited, and victimized.

Tourmaline brings balance to the right and left hemispheres of the brain and acts to harmonize and intensify energies and actions directed toward healing and manifestation.

Black tourmaline is extremely effective for negating, shielding, and fending off negative energies of all types, including protecting from energetic attacks from others. It has been used to provide protection from spells of malevolent intent, and, in combination with mica, to view the sender while returning the spell to its origin, and with quartz to dissipate the spell while vitalizing the intended victim to increase their health and welfare.

It can be used to protect one from radiation, and to enhance one's physical endurance and stamina, emotional balance, and mental functioning. It is also effective in helping one to keep a positive attitude even during difficult and trying situations. Black tourmaline inspires selflessness, and also sensibility during creative processes.

Black tourmaline also provides grounding, connecting one to the center of the Earth, increasing all aspects of one's good fortune and health in the physical reality, while protecting from spiritual and physical beings that are not oriented in light, harmony, and love.

Black tourmaline vitalizes the reflex points related to the lower back, and has been used to activate and balance the adrenal glands, as well as to treat confusion, heart dis-ease, arthritis, and dyslexia.

NOTE: Skullis does not prescribe treatment for medical issues. Skullis offers information for reference to assist with the selection and understanding of crystal skulls, including this tourmaline and quartz crystal skulls sculpture.
The skull pictured is the exact one you will receive.