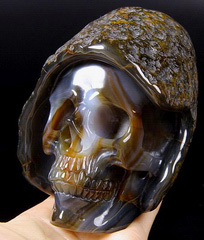 Under a mantle of rough agate, the Skull Hermit demonstrates mastery of balancing light and darkness with his bands of beautifully contrasting colors. The Skull Hermit symbolizes wisdom, searching for truth and light in the darkness, and by bringing light into the darkness, this sage also discovers that which comprises the darkness. Lofty and alone, he cultivates the qualities of himself that give him patience to temper his thoughts and avoid acting hastily, seeking philosophical reflection through introspection which leads to the cultivation of silence and his intimate knowledge of the world he has withdrawn from. It is from this distance that the Skull Hermit gains self acceptance and appreciation, and also the wisdom gleaned from revealing the daily challenges that seem so blinding up close for the inconsequential details they actually are in the greater perspective of life. The Skull Hermit now acquires the ability to guide by example, sharing his understanding of the dharmic path which every person can choose to follow to find their own personal harmony and balance with themselves, with others, and with the universe.

The Skull Hermit brings light, giving understanding, and with his light darkness also comes with him, teaching the lessons of inner strength, self reliance, independence, and the value and peace of solitude. The Skull Hermit represents growth at all levels, a journey into the unknown and the altered perception gained during the journey, most easily recognized upon the return to the familiar. The Skull Hermit imparts his wisdom to those who are going to where he has come back from, and in a way, also challenges them because they need to be ready for what lies ahead. A guardian to protect one from oneself, teaching one to continue to strive for wisdom, and not relax or become quiescent and forget to seek to learn and grow. 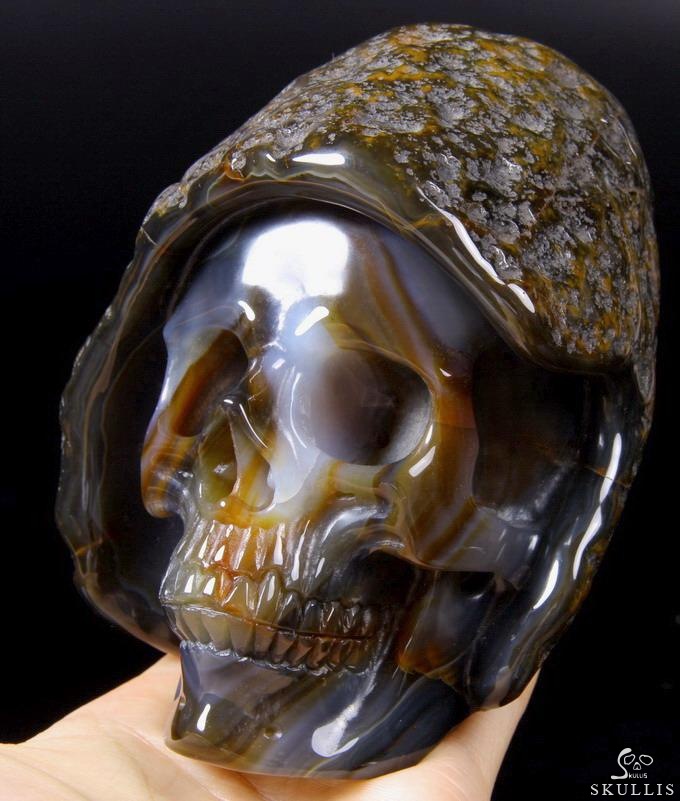 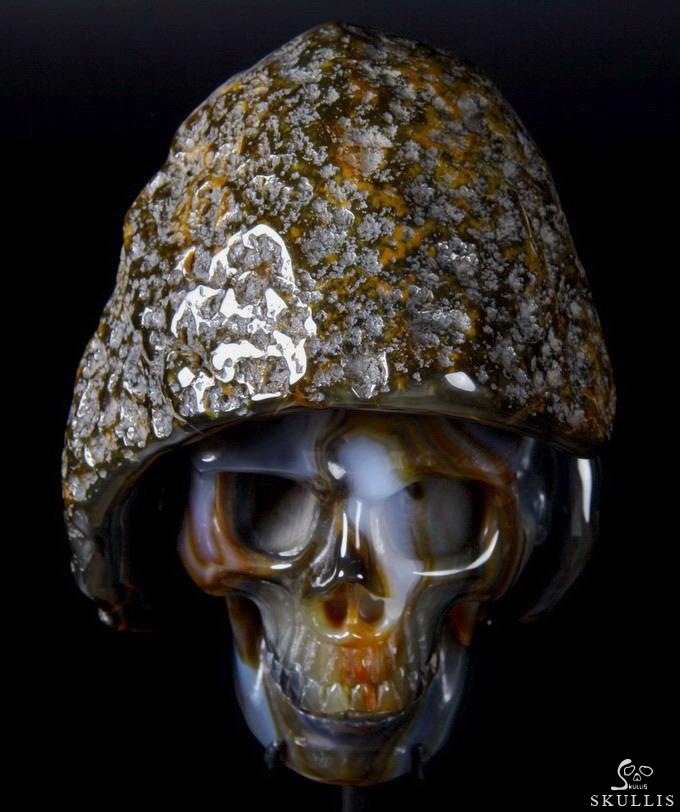 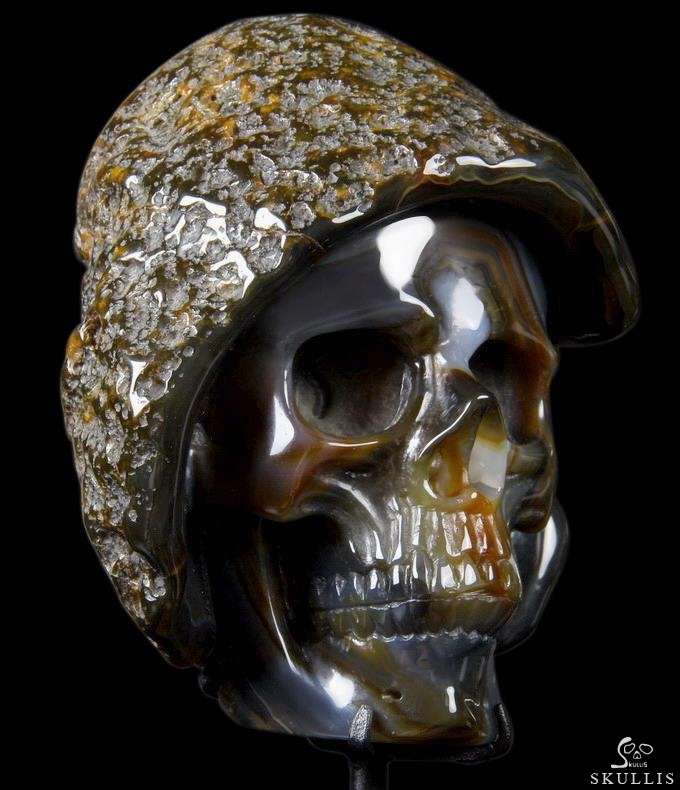 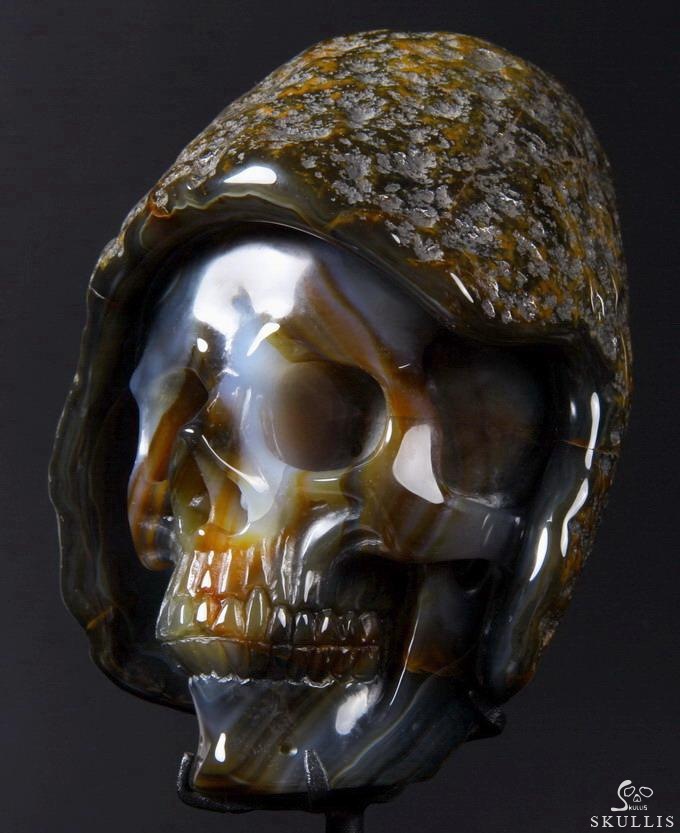 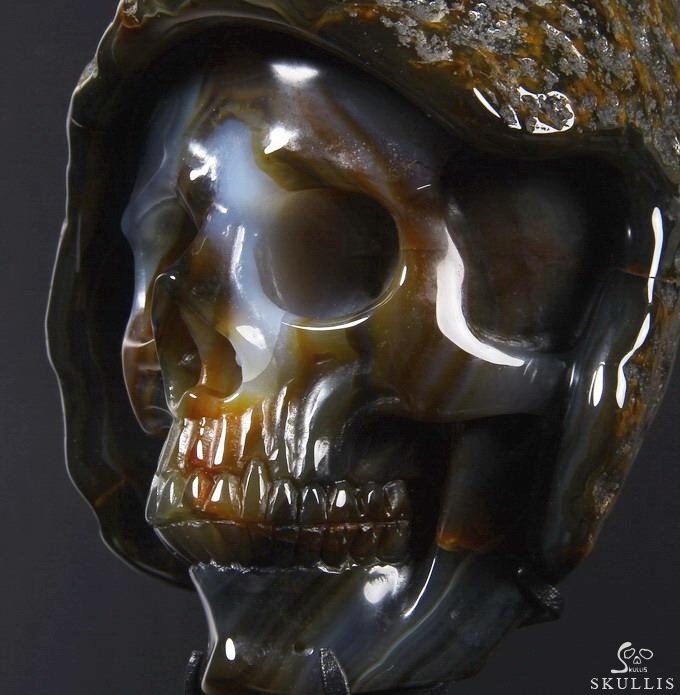 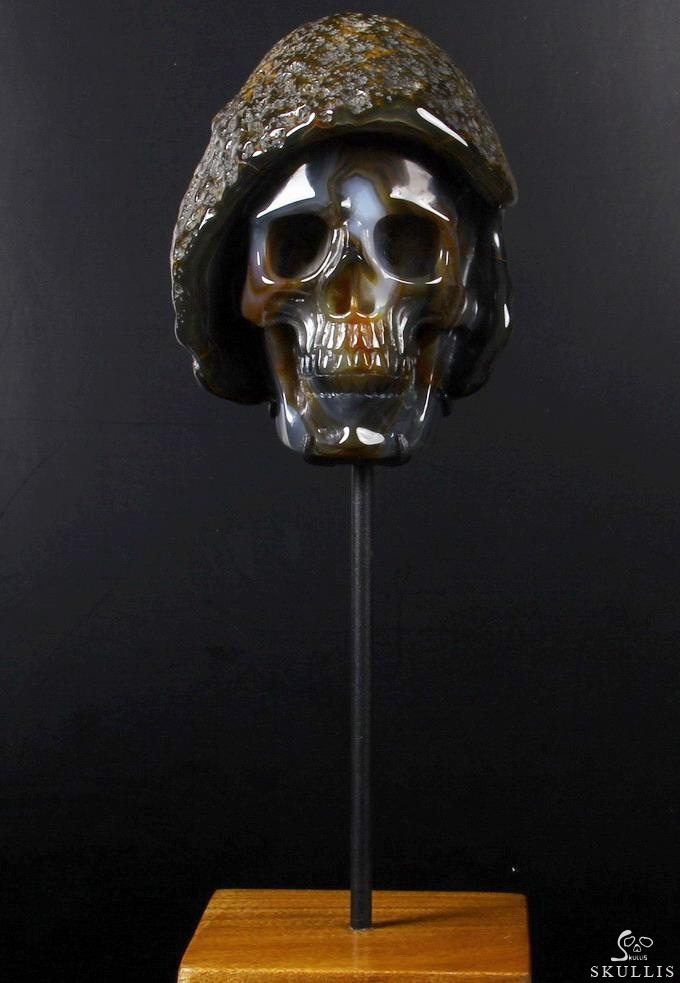 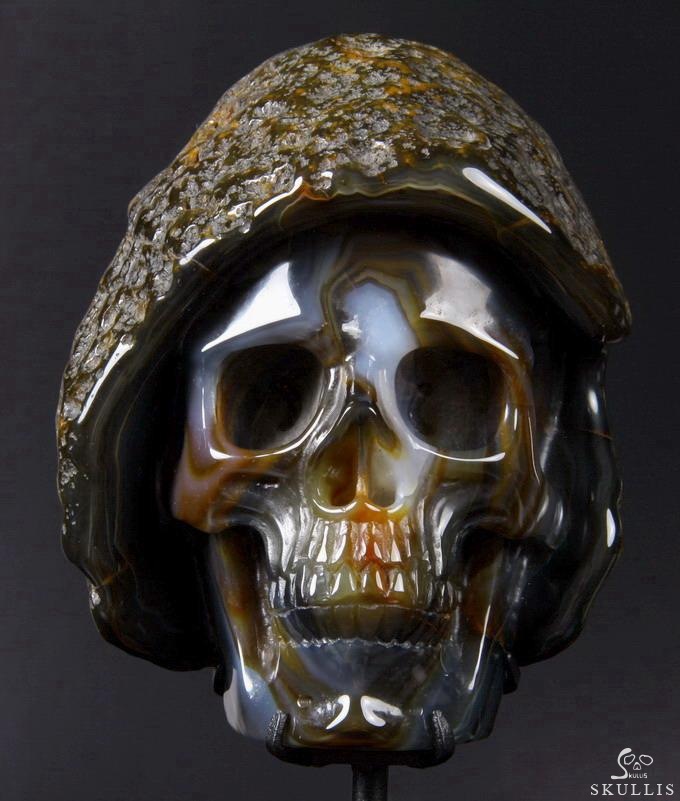 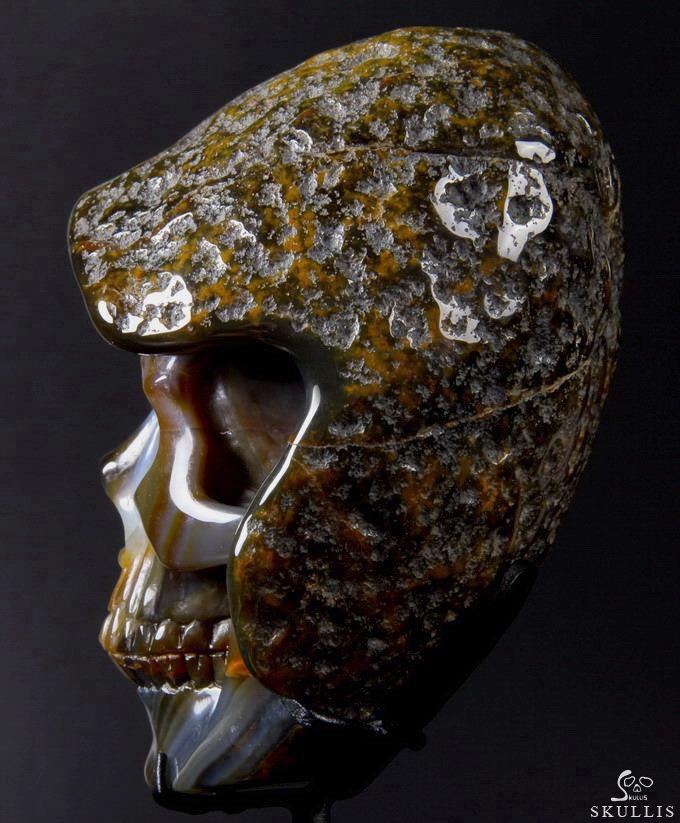 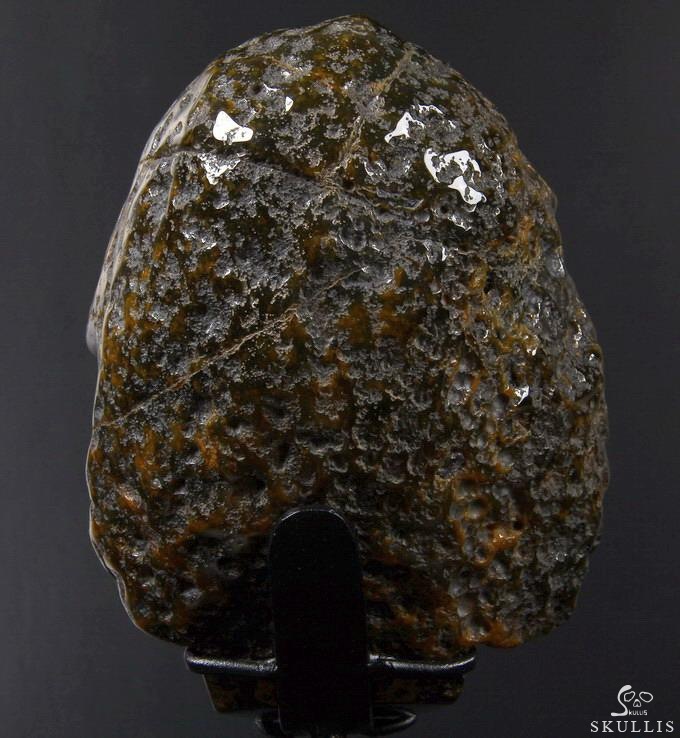 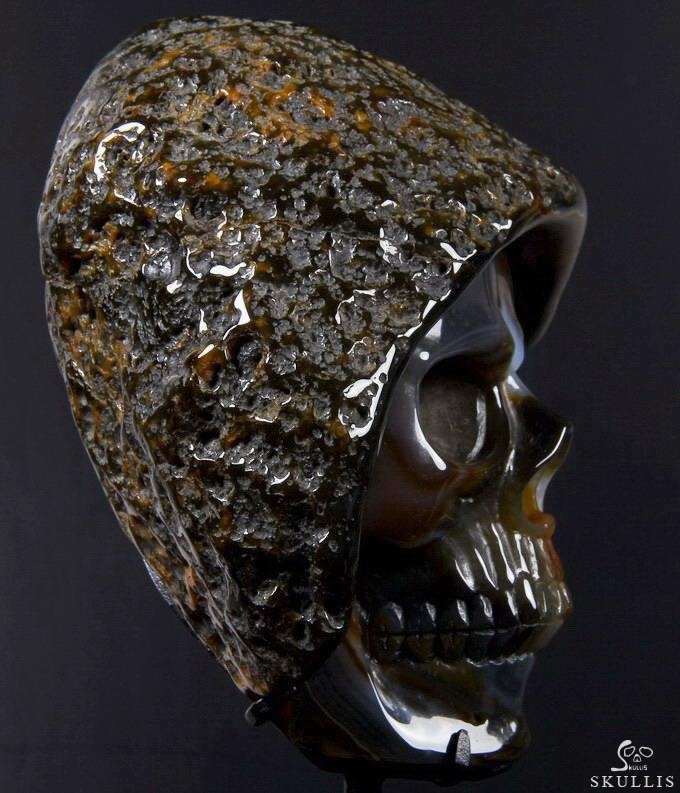 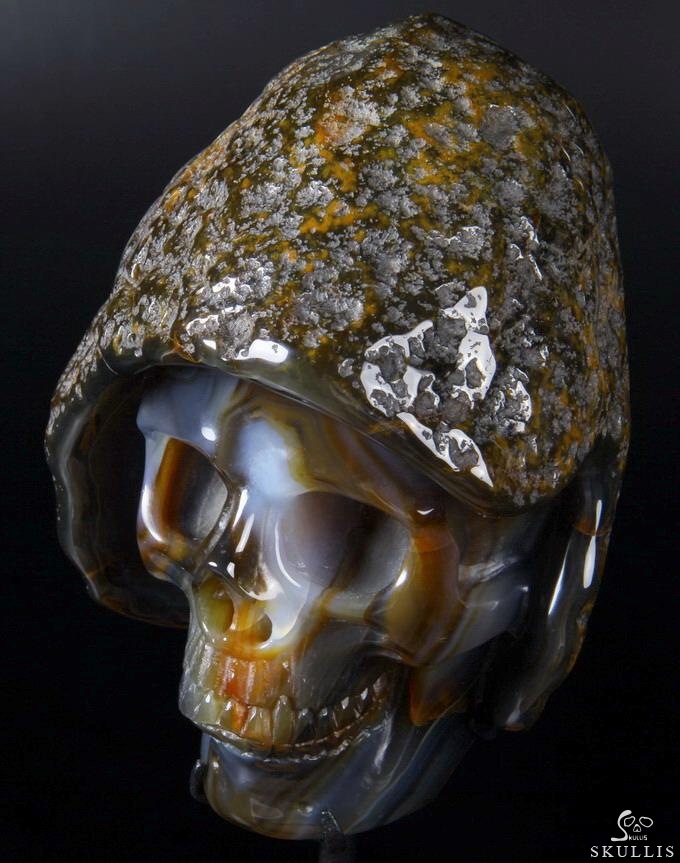 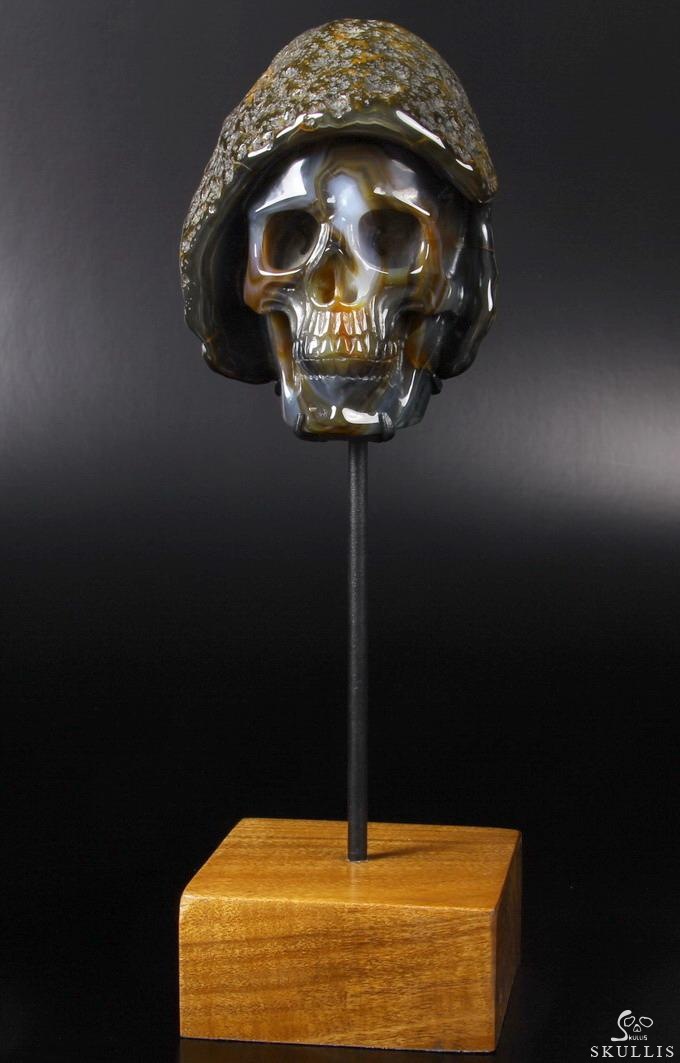