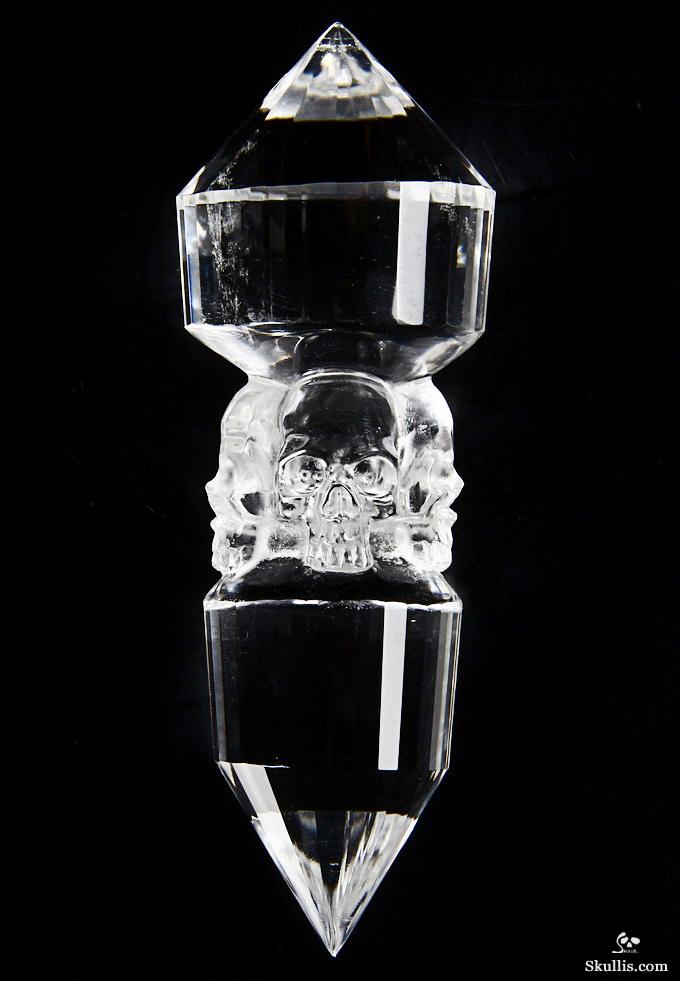 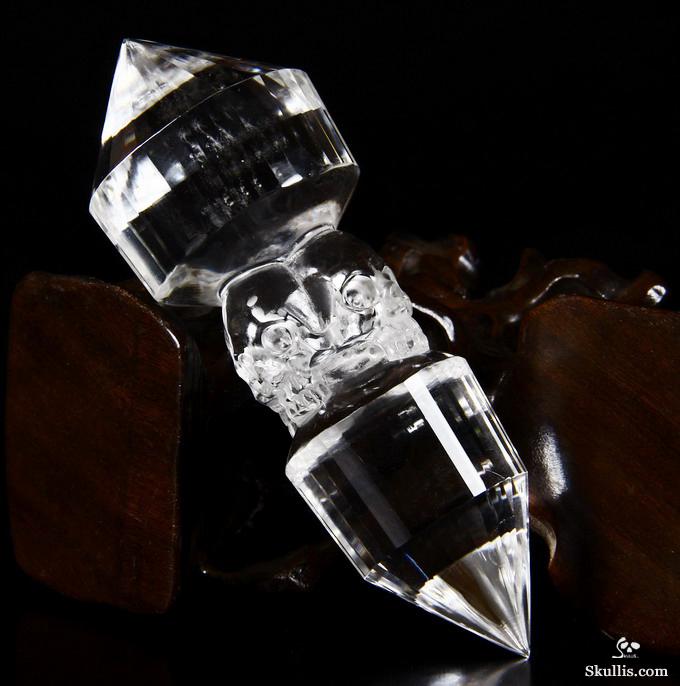 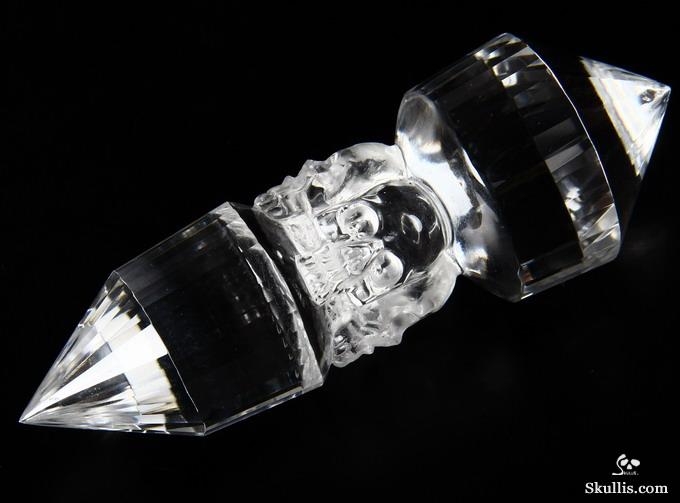 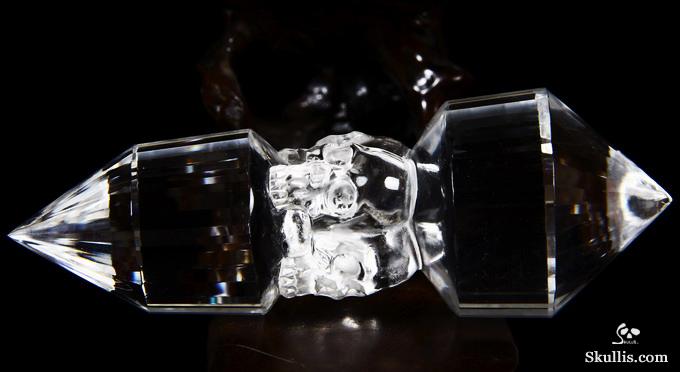 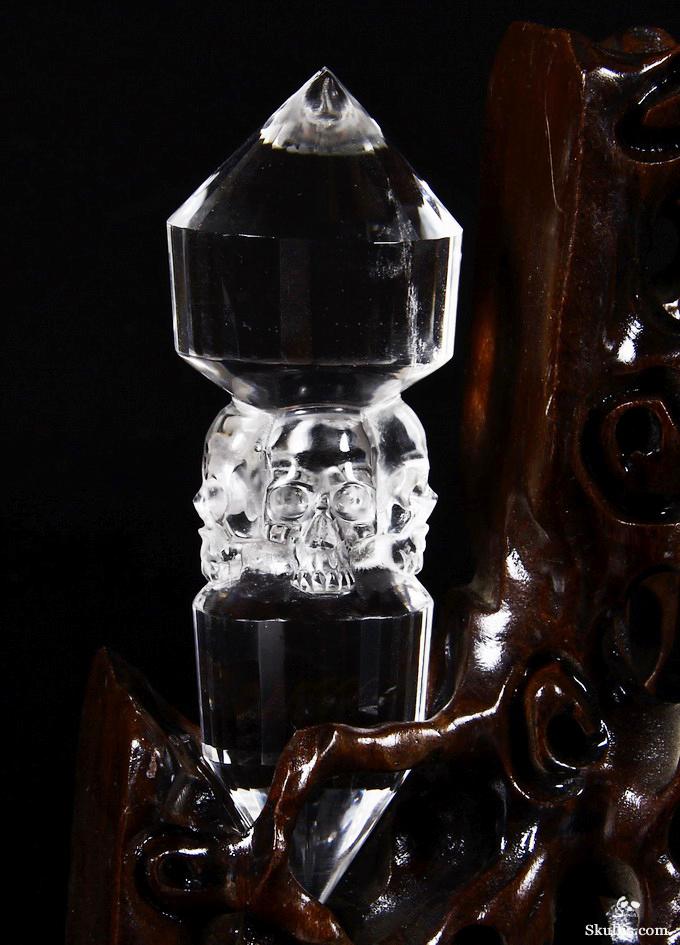 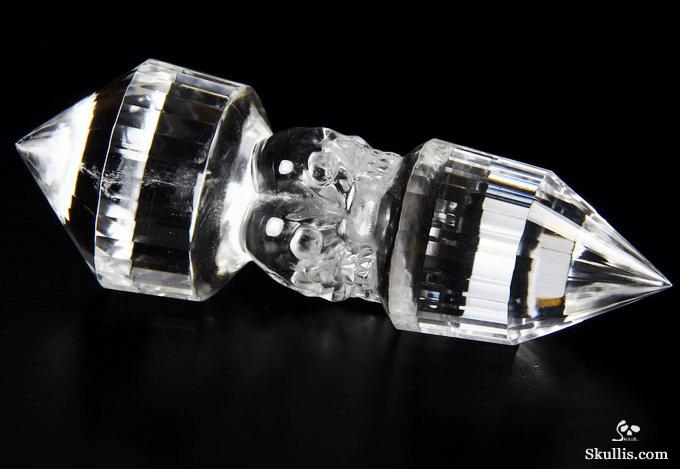 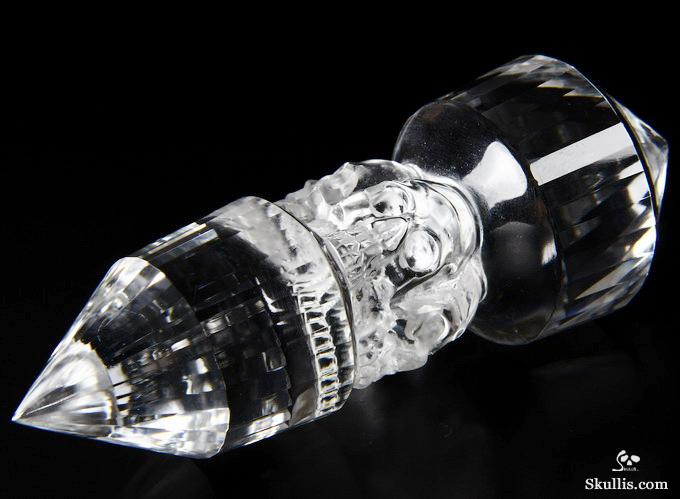 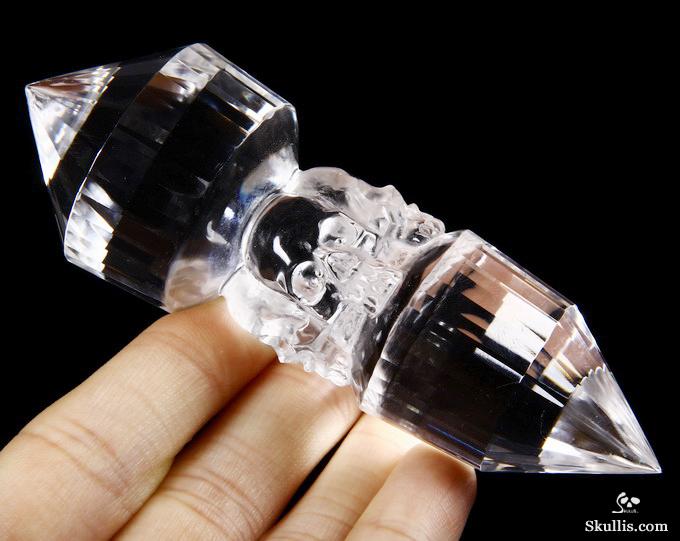 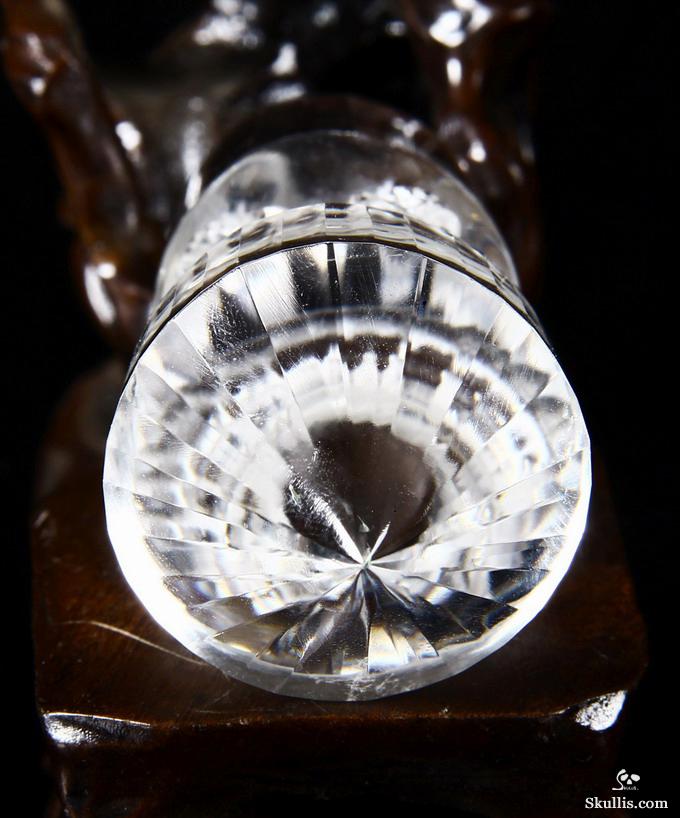 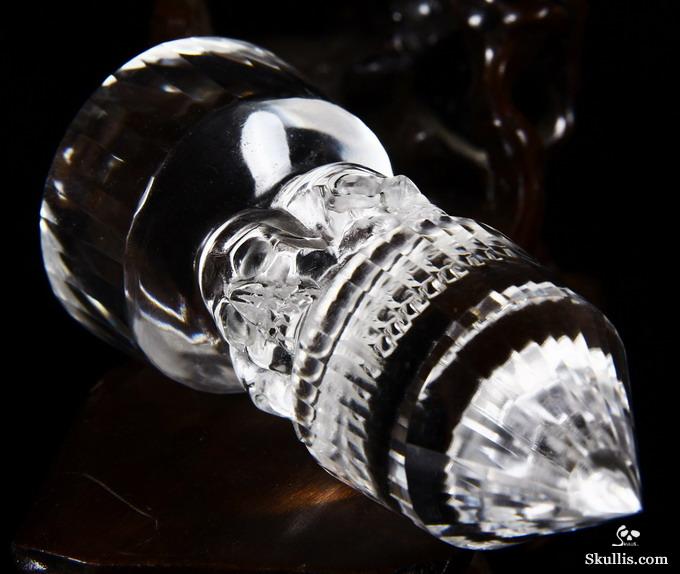 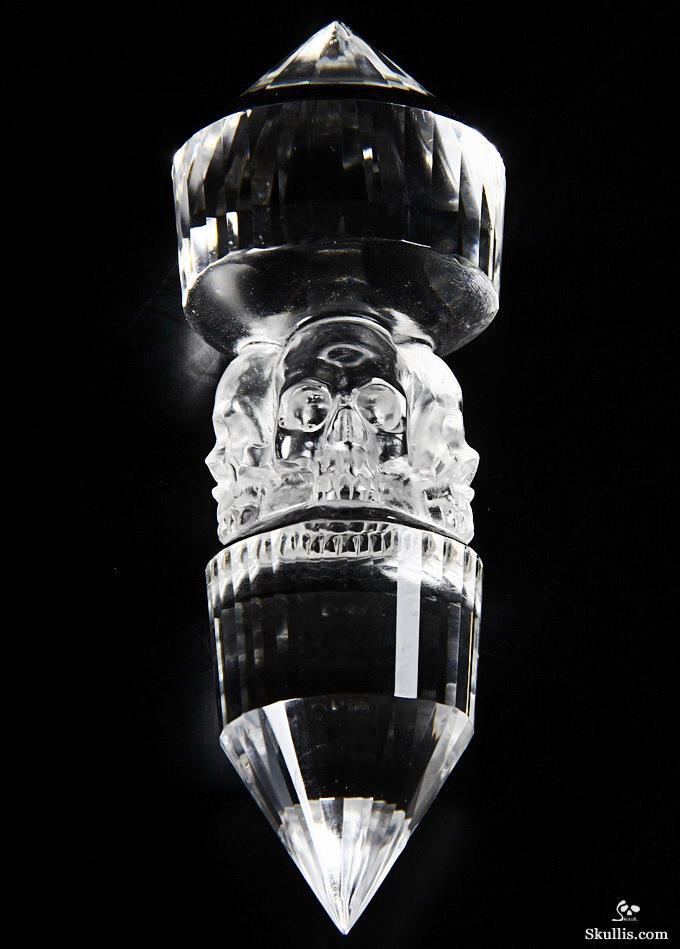 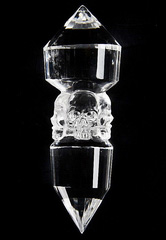 The Four Healers is a single clear quartz crystal specimen cut and faceted, similar to the Vogel styles, featuring four crystal skulls in the center of the wand. The Four Healers represents an incredible amount of skill and dedication from the designers and artists at Skullis, with 32 facets, four highly detailed crystal skulls, and each facet of the ends meeting at the two points of termination. The Four Healers is a truly amazing sculpture and is a powerful tool for working with energy and healing at all levels.

Crystals shaped and faceted in this style are intended for the use of absorbing, manipulating, enhancing, and directing energy for the purpose of increasing and amplifying the effects of the energy on the physical body, the mind and emotions, and the spirit. Energy is introduced into the crystal at the wider end, allowed to pass through the crystal where it is magnified and purified, and then directed out of the crystal through the narrow termination with an intensified focus and accuracy. The Four Healers can be used for all types of physical healing, including those which may express symptoms through the mental and emotional bodies. The Four Healers can also be used to directly examine and restructure thinking patterns, belief systems, emotional processes, and all aspects of spiritual assessment and growth.

The crystal skulls of The Four Healers, along with the overall carving, can be used to represent many different energy sources and ideals, including the four directions and within, the four elements and spirit, the four seasons and the Earth, the four stages of life (birth, youth, adulthood, and death) and the unending spirit, and so on. The Four Healers faceted quartz crystal skulls sculpture is as dynamic a tool as it is a fascinating object of art. As well as being used for healing work and for advancing growth at all levels, The Four Healers crystal skulls can be used for focusing and administering light energy and love for many applications, including, but not limited to, determining and achieving results with manifestation, gaining insight into chosen areas, past and future life examination and exploration, and attaining harmony and peaceful coexistence in one's daily life.

NOTE: Skullis does not prescribe treatment for medical issues. Skullis offers information for reference to assist with the selection and understanding of crystal skulls, including this quartz crystal skulls sculpture.