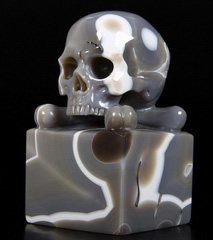 At the same time, the Outside the Box agate crystal skull reminds us that nonconformity does not necessarily mean disharmony with others and the world around us. We certainly may still move through life with the motivations of unity and social agreement, simultaneously we may also choose to do, and be, that which we are most comfortable with, even if these are not what other people may think we should do and be. The Outside the Box agate crystal skull conveys to us the importance of being happy within our own life experience. It gives us the energy and motivation to achieve what brings us joy, and it encourages us to share our joy with those others that we come in contact with.

NOTE: Skullis does not prescribe treatment for medical issues. Skullis offers information for reference to assist with the selection and understanding of crystal skulls, including this agate crystal skull and bones sculpture. 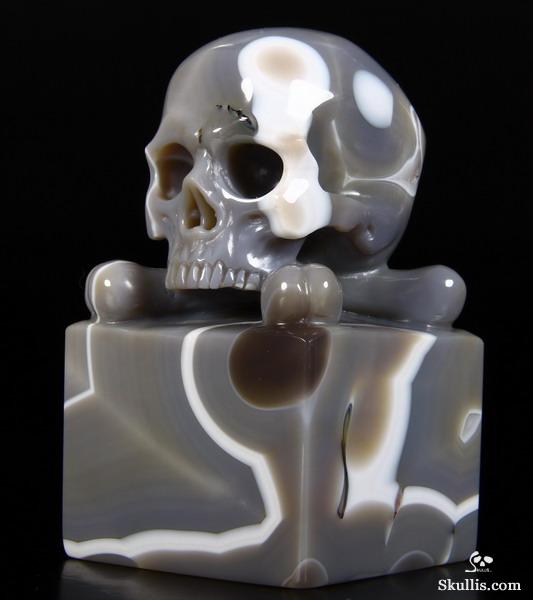 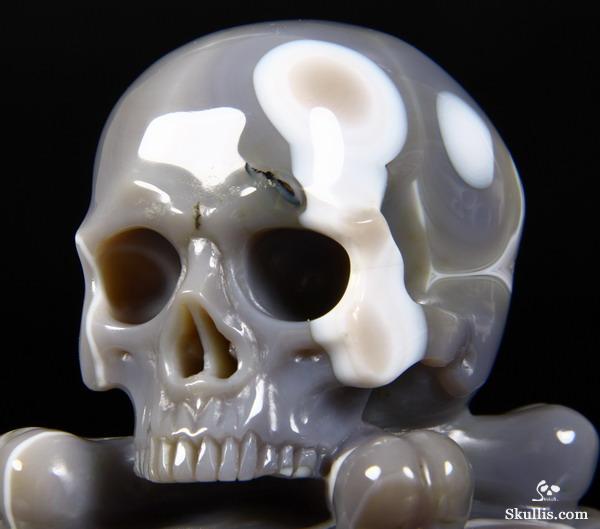 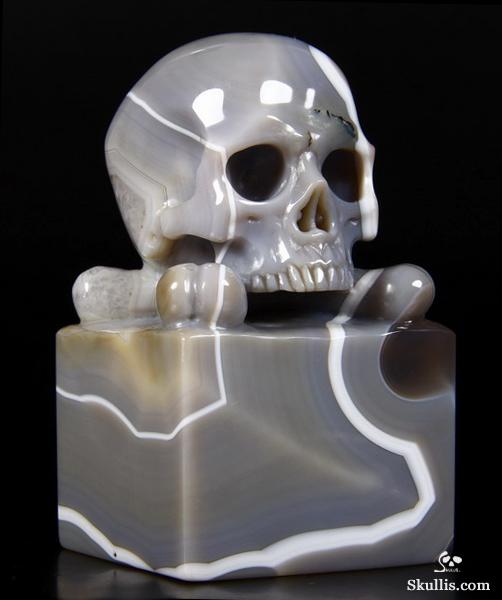 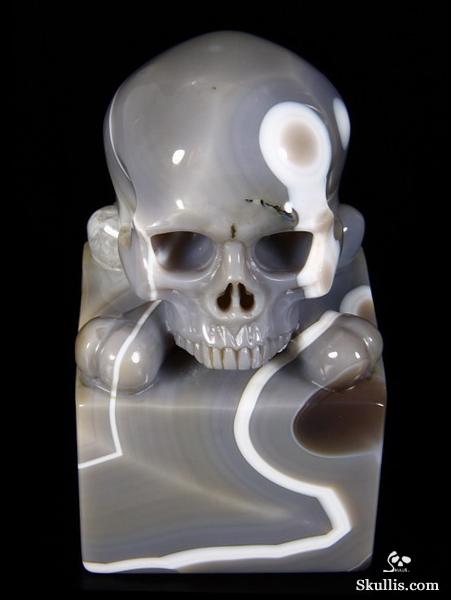 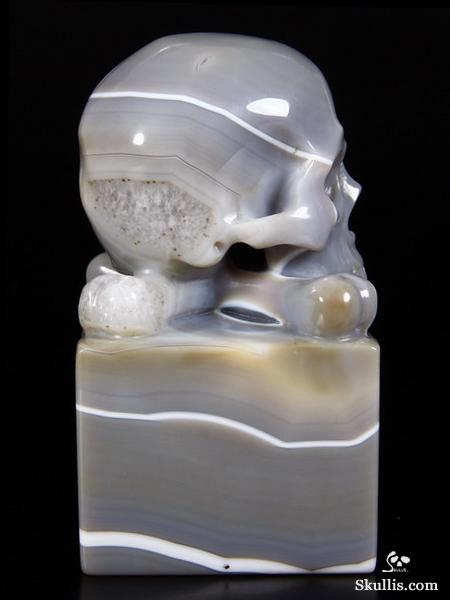 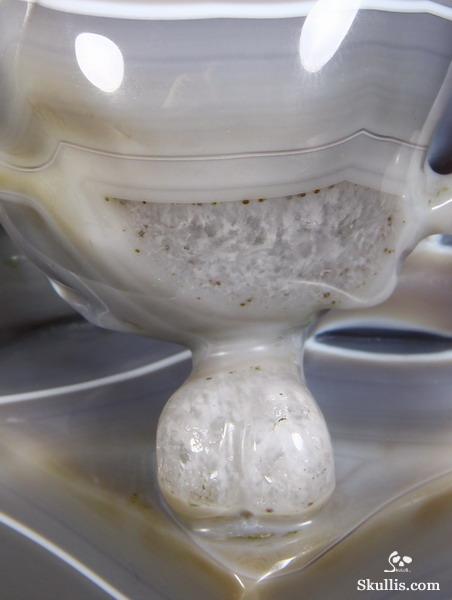 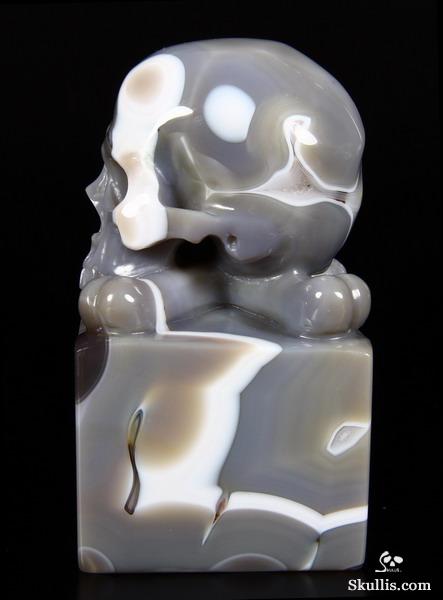 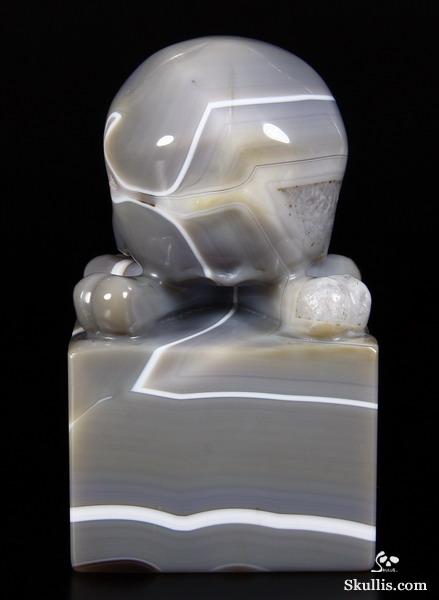 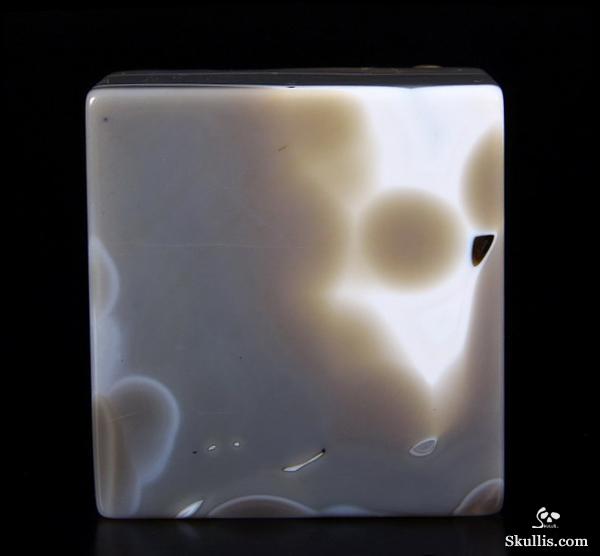 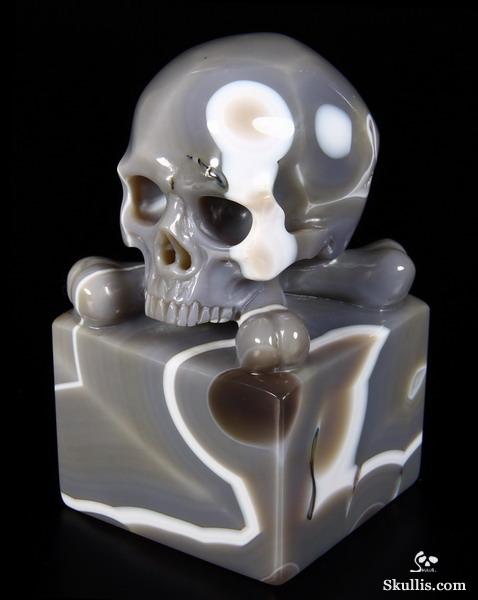 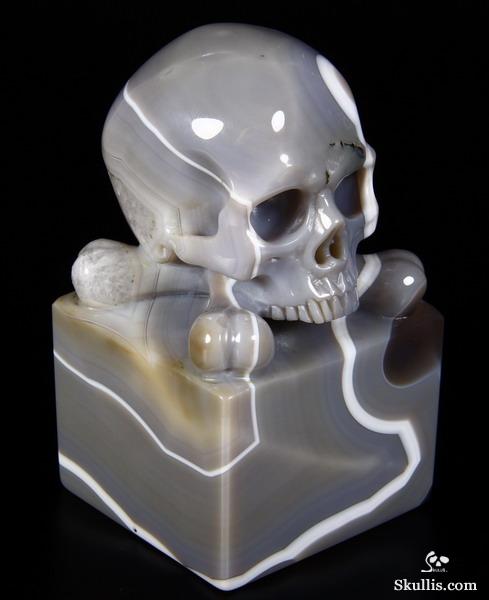