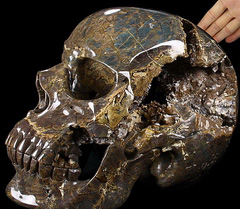 The Bearing Power dinosaur agate is an extremely energetic crystal skull which encourages us to develop our confidence and our sense of self. Bearing Power inspires us to exercise our creativity and ingenuity while following our ambitions, and to be diligent and practical at the same time. The Bearing Power crystal skull encourages us to focus on our purpose while also keeping in our minds and hearts a clear picture of what we desire to accomplish when achieving our goals.

The main message of Bearing Power is that we must continue to be aware of our attitudes and behaviors, especially when we are faced with being in a position of power and authority. The Bearing Power crystal skull assures each of us that we are all experiencing these dynamic situations in our lives, at one level or another. We each have the power to control our own lives and create our own realities, if we are willing to do the work required, and to accept our responsibilities for ourselves.

The Bearing Power crystal skull reminds us that the misuse or abuse of our power will only delay our personal growth, and it also helps us to understand that it is easy to lose control when we attain power. The energy of Bearing Power acts to guide us to be tolerant, forgiving, and compassionate toward people who do not see how their perception of having power is corrupting their thoughts and actions. Bearing Power encourages us to be gentle and to act with kindness, and also to be loving and patient instead of falling short of our potential by allowing our thoughts to move towards resentment and anger.

The Bearing Power dinosaur egg agate geode crystal skull empowers us with the knowledge that our best characteristics will be evident when we endeavor to help others without the motivation or thought of receiving recognition or reward. The Bearing Power crystal skull asks each of us to consider releasing our desires to control, to let go of the attachments we may have to past experiences, future worries, and current situations that are beyond our ability to affect, and to instead turn our hearts toward being optimistic and creating a positive and loving way of interacting with ourselves, with the world, and with other people.

NOTE: Skullis does not prescribe treatment for medical issues. Skullis offers information for reference to assist with the selection and understanding of crystal skulls, including this dinosaur egg agate geode crystal skull sculpture. 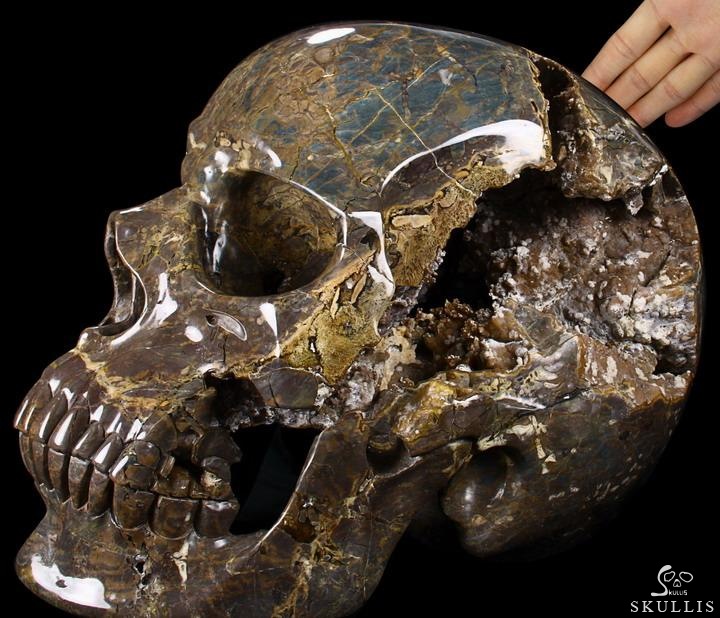 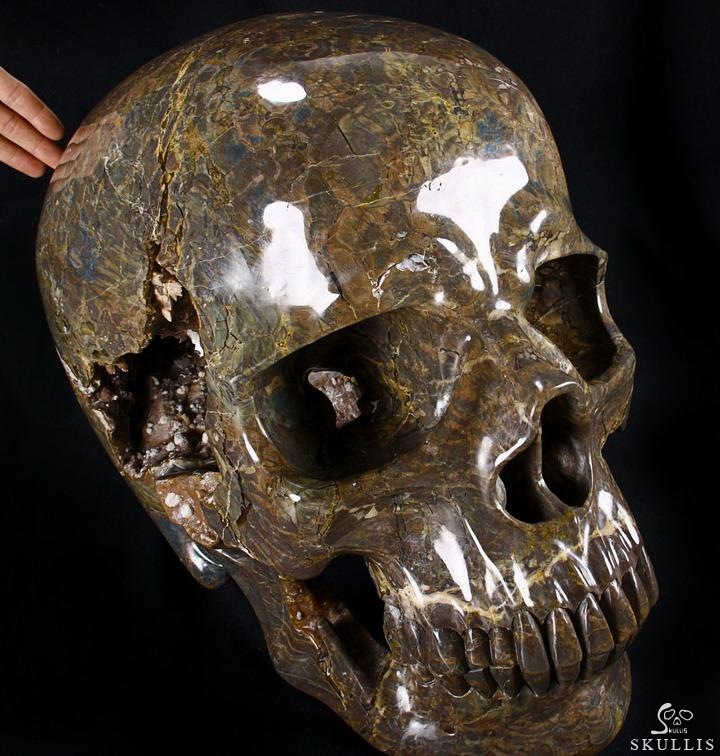 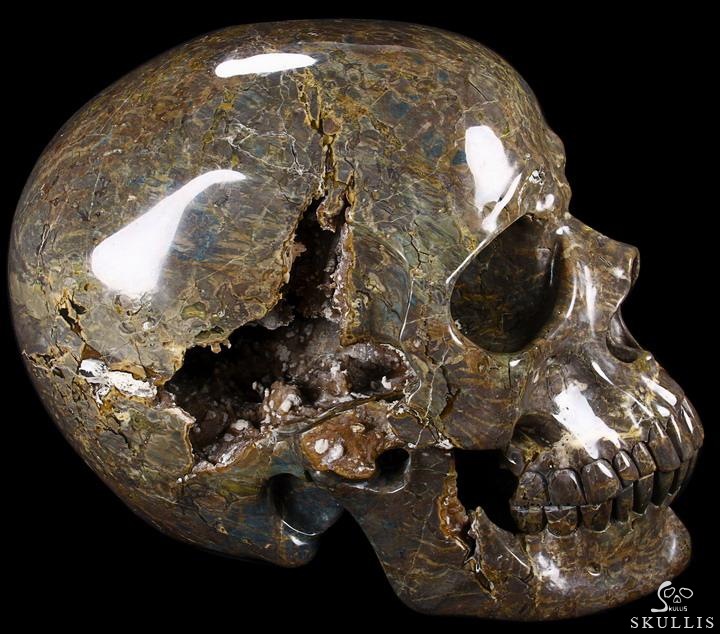 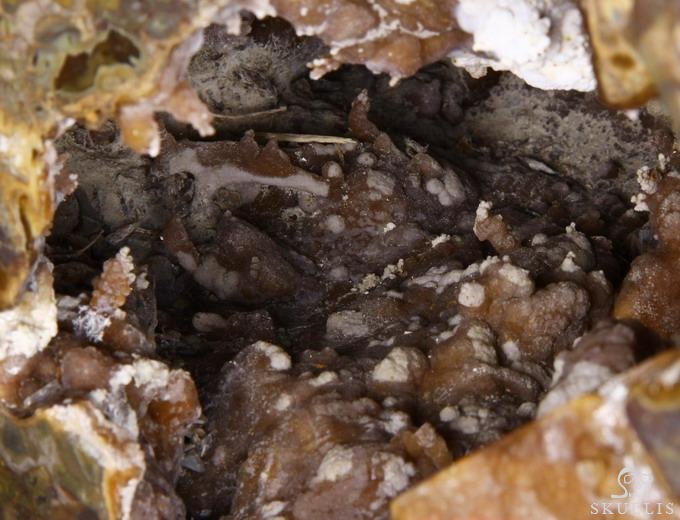 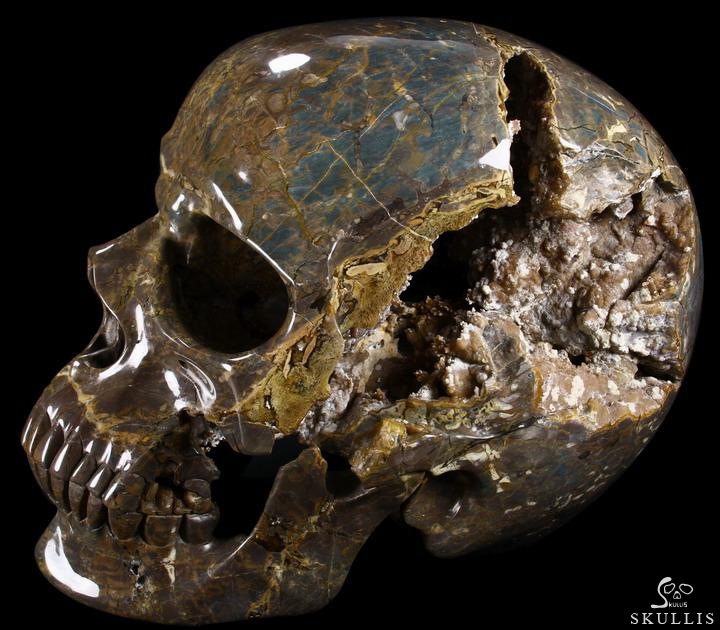 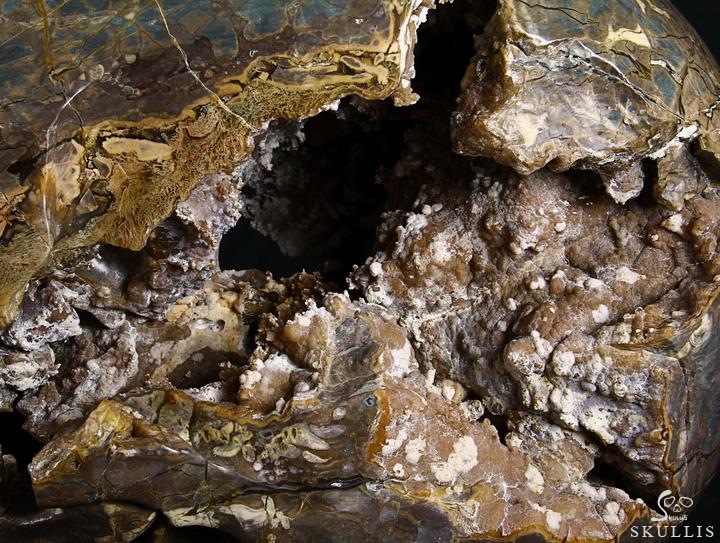 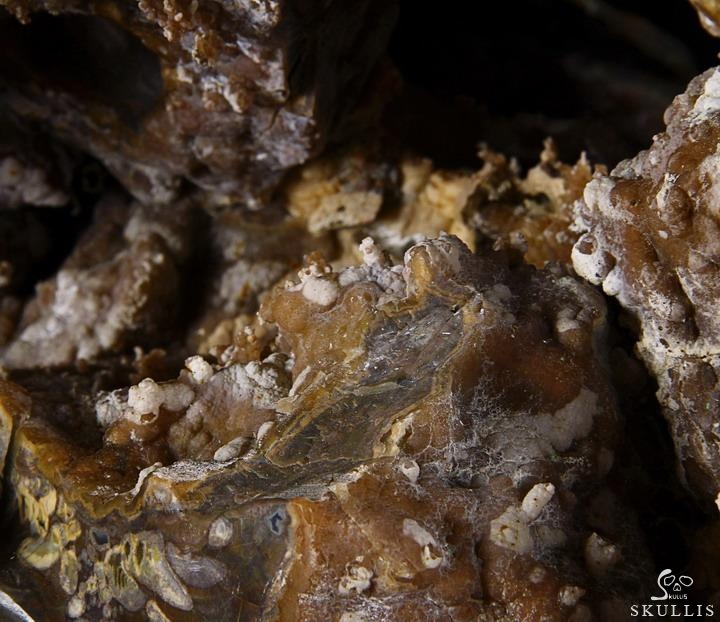 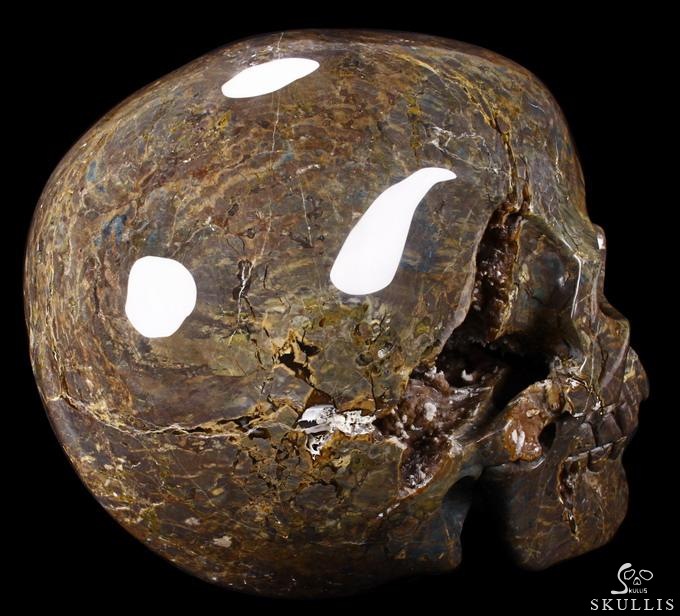 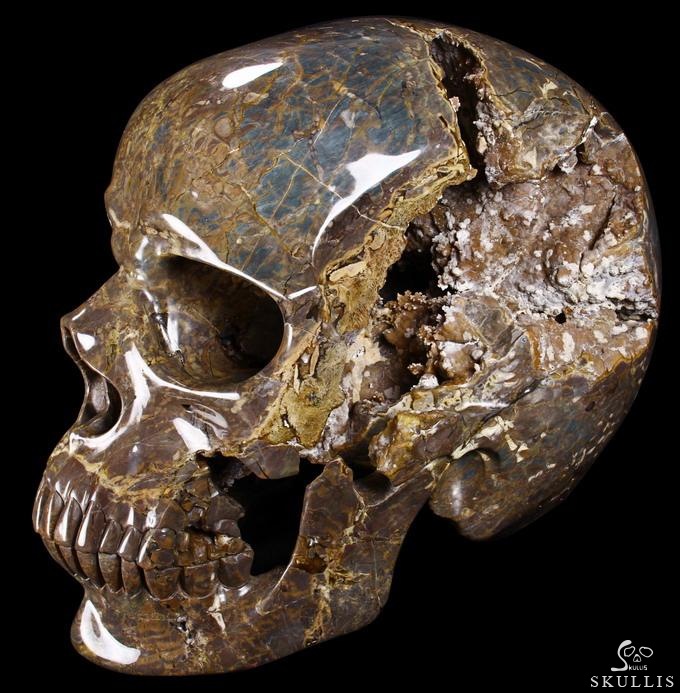 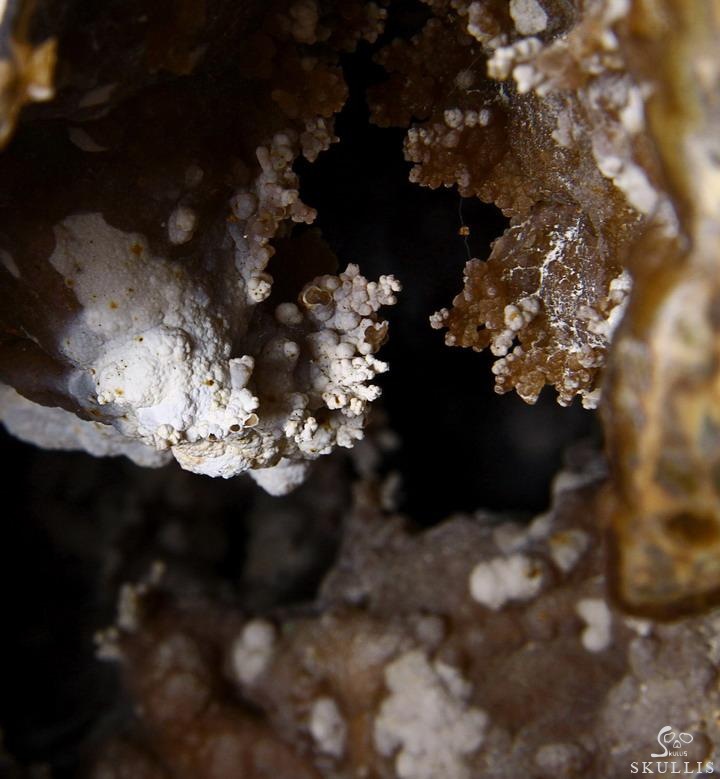 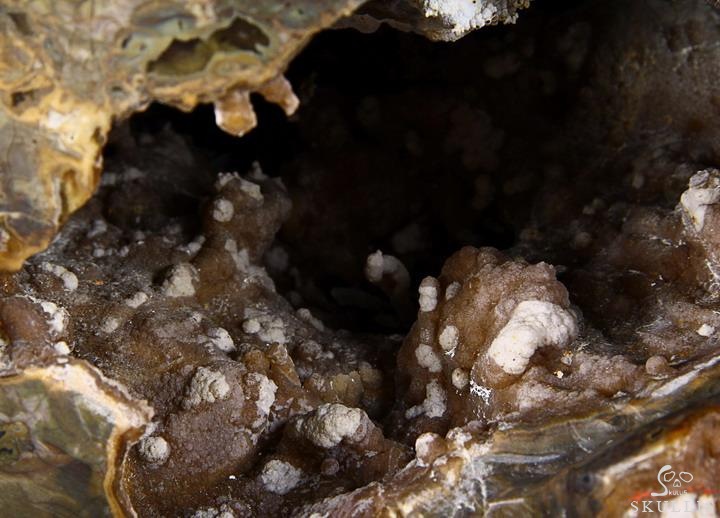 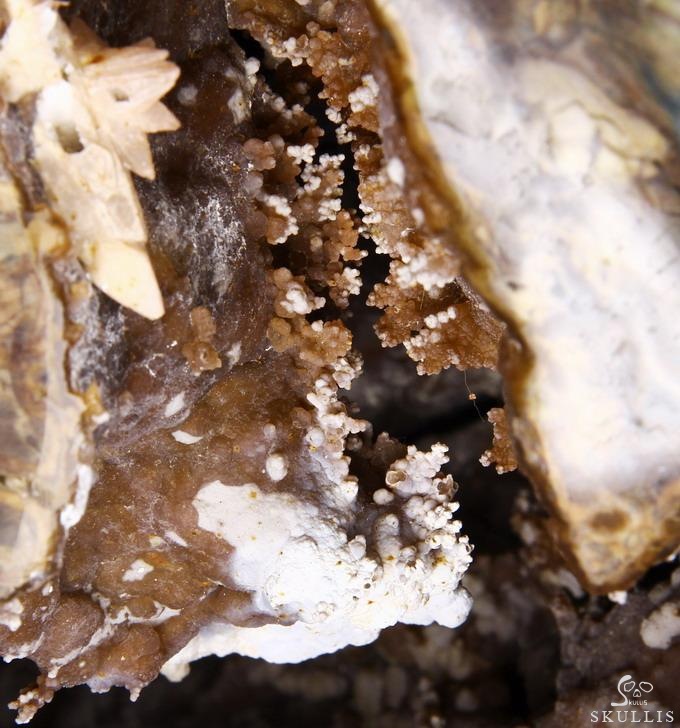 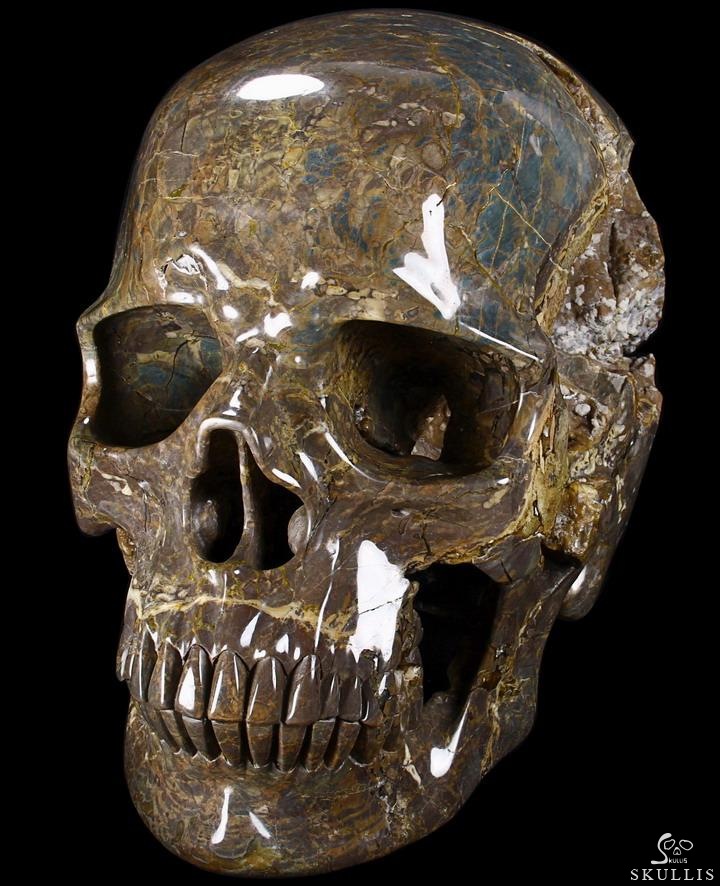 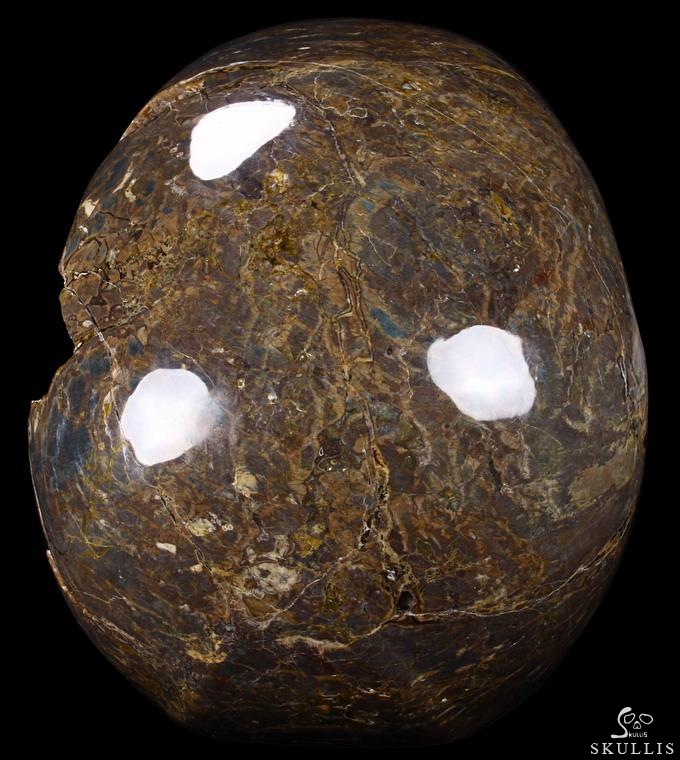 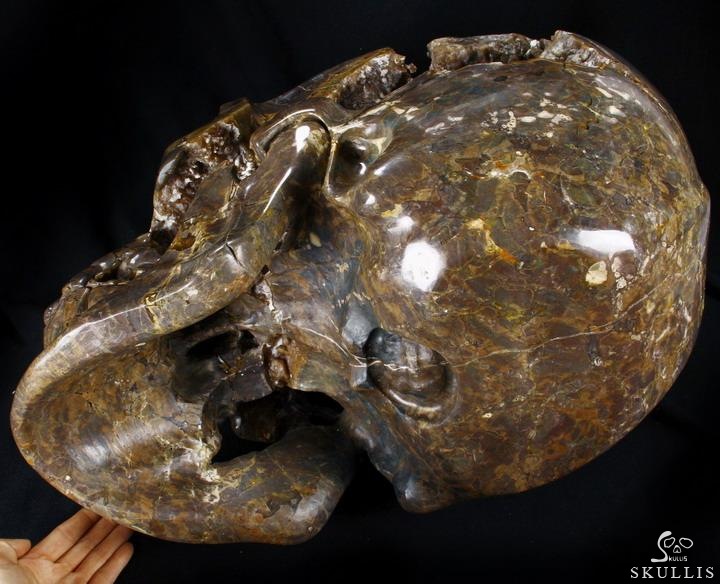 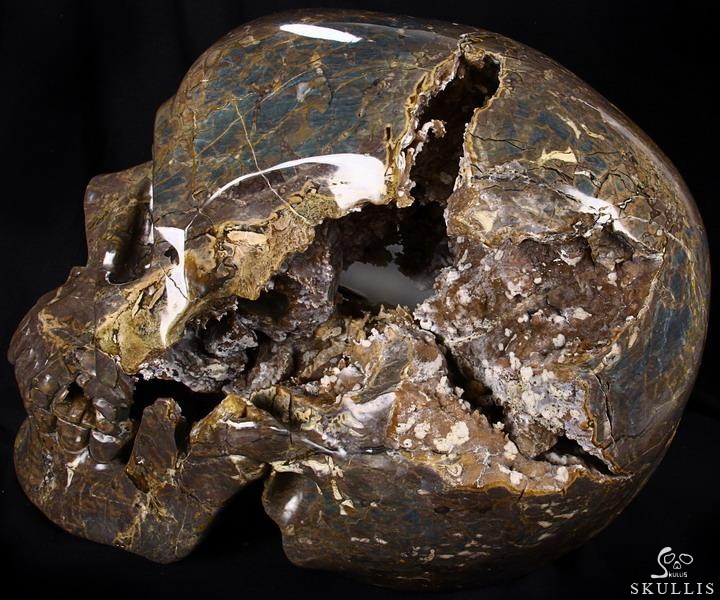 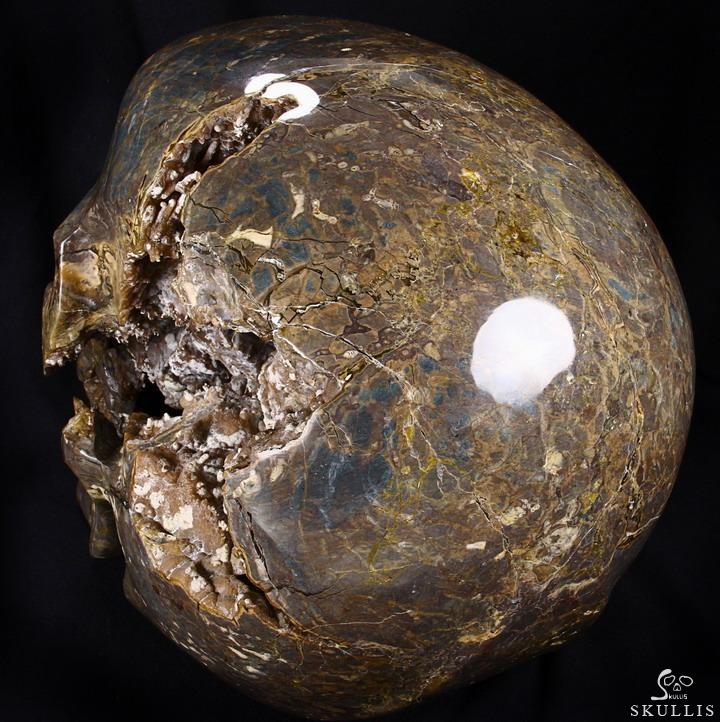 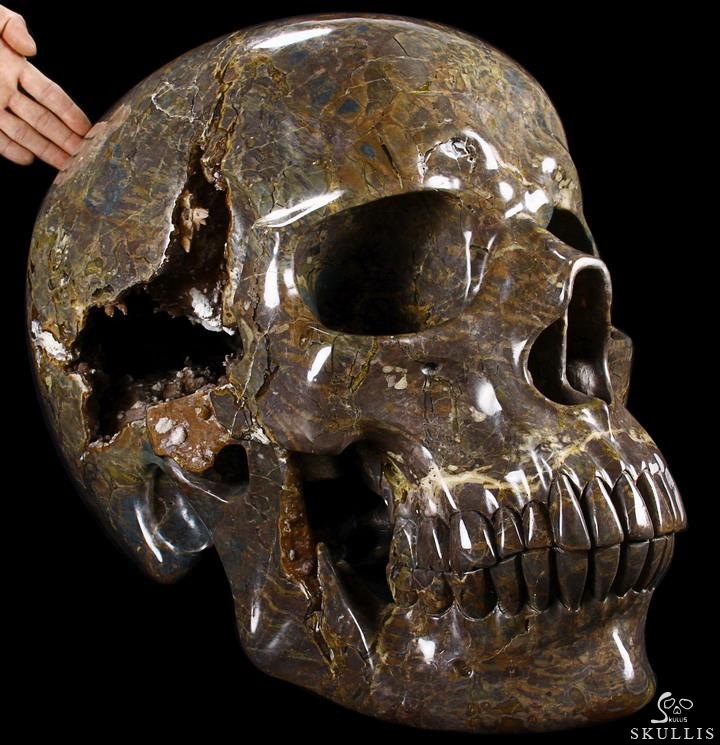