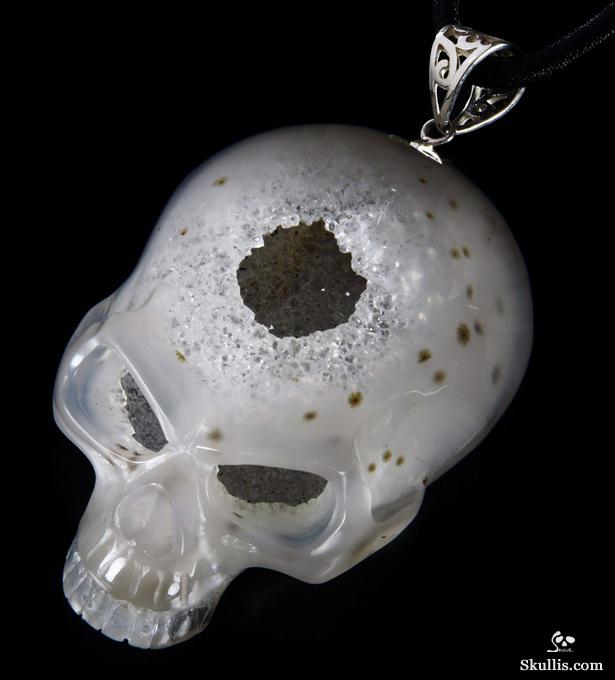 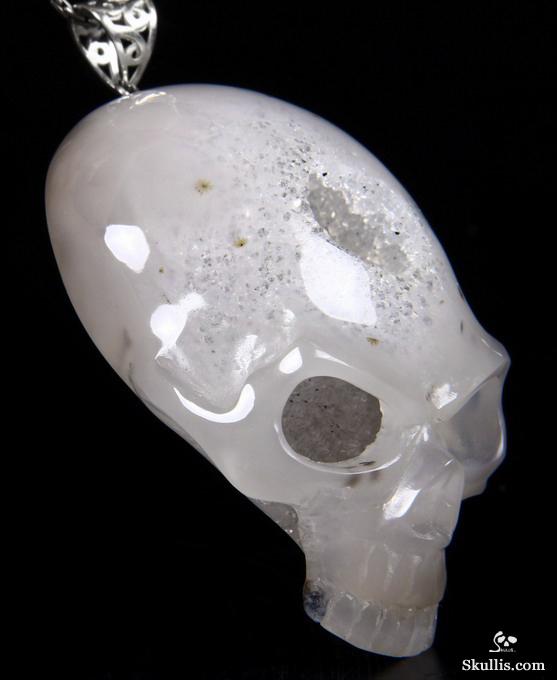 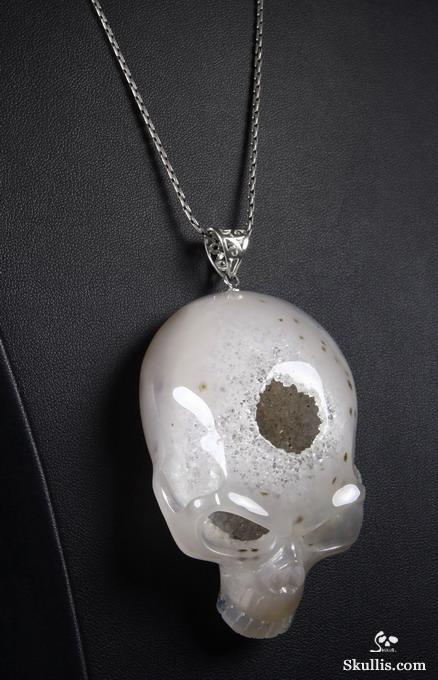 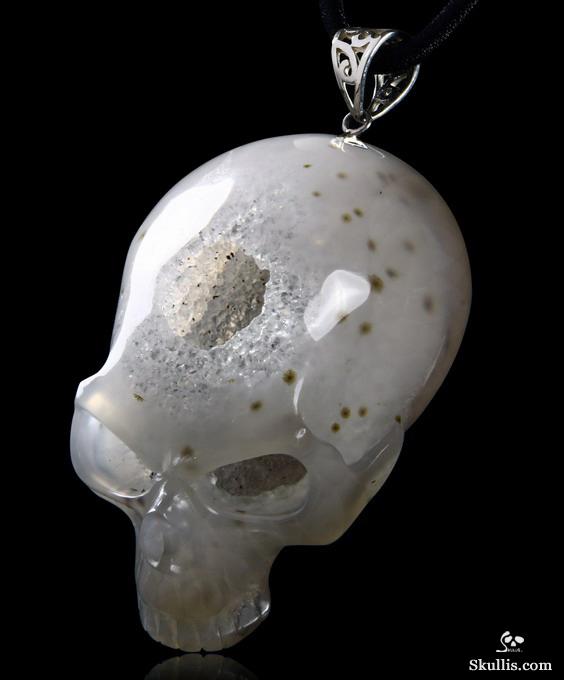 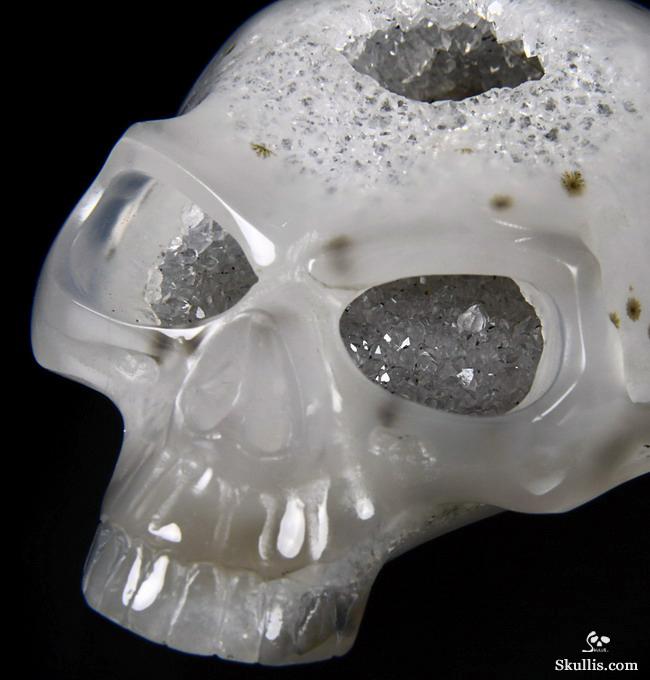 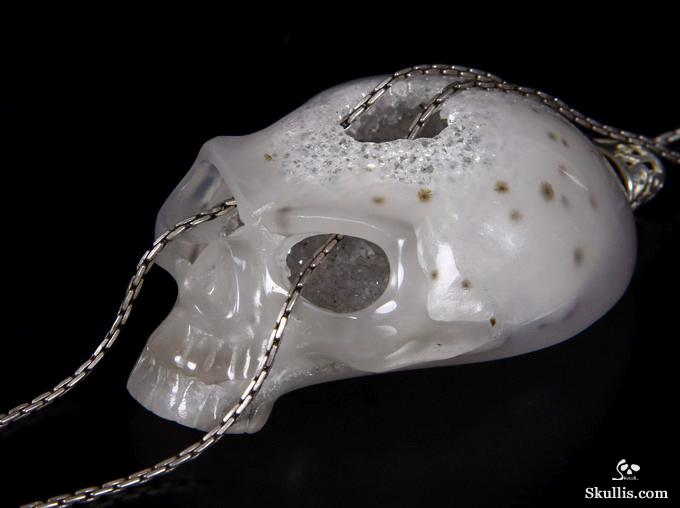 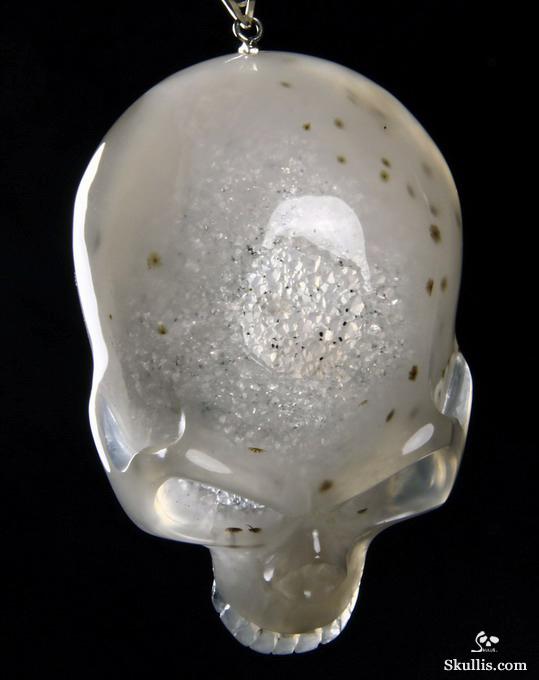 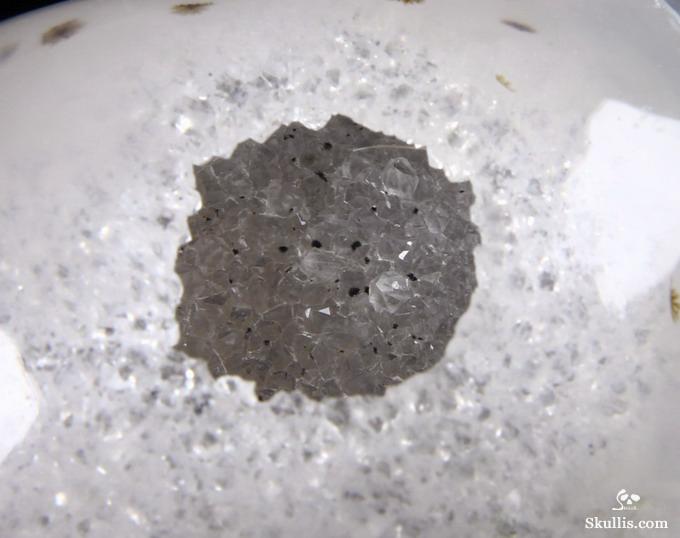 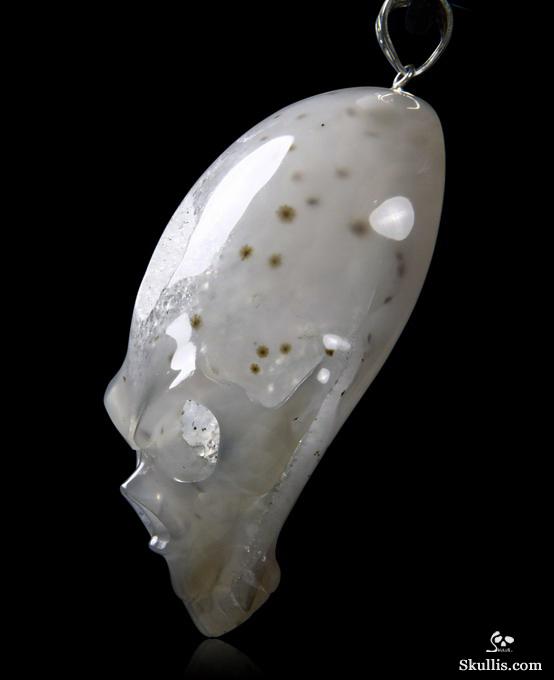 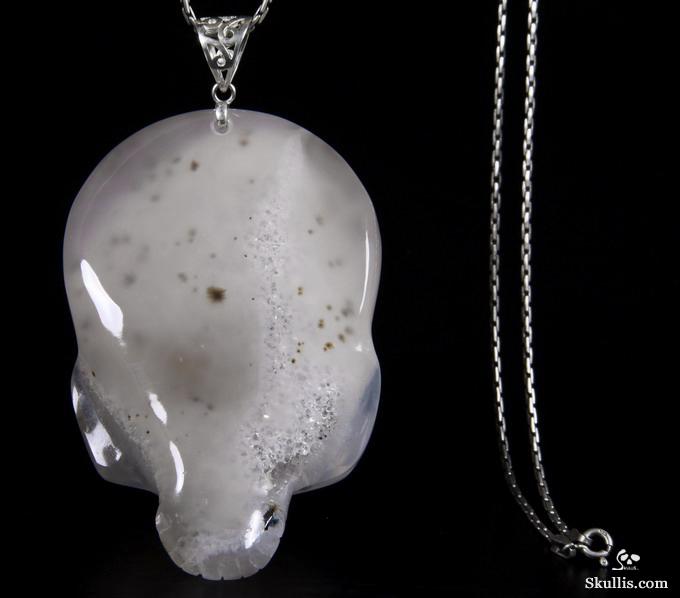 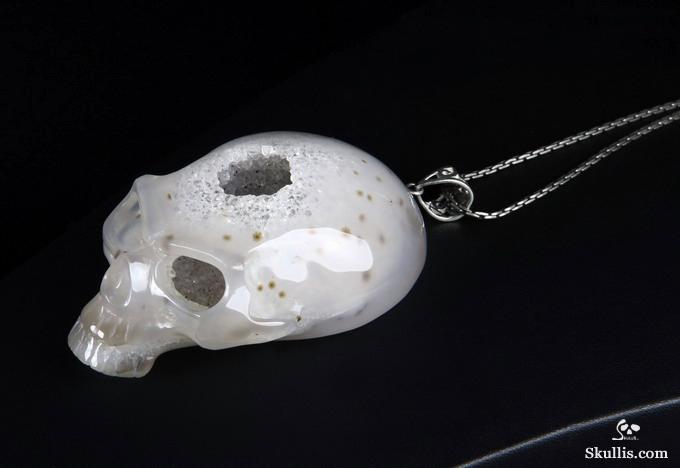 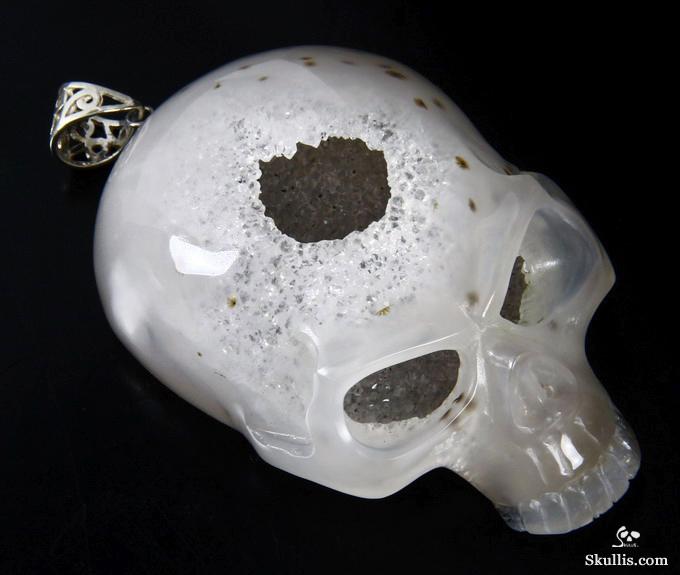 Multiverse! An exquisite white translucent agate geode, with included dendritic crystal supernovas and nebulae decorating the outer surface, allows one to look within and discover a galaxy of transparent druse crystal terminations peppered with tiny black heavenly bodies. Look through the opening at the top to attempt to fathom the thoughts of Multiverse, or peer into the mystical knowing eye sockets to observe the microverse within. Then explore the macroverse of the outside of this beautiful agate geode crystal skull, and find unlimited fuel for the imagination! But be careful, or you’ll find yourself back inside again, unable to put this remarkable agate geode crystal skull away!

Multiverse is set with a sterling silver bail so it can be worn as a pendant, and, though it is a true statement for every work of art produced by Skullis artists, it just has to be repeated here: Multiverse has got to be one of the most amazing crystal skulls you’ve ever seen! Bravo Steven Z., and Bravo Skullis!

Dendritic Agate promotes kindness and patience, self-acceptance, and confidence, and can assist one to look within and discover the underlying reasons causing discord in one's life. Dendritic agate helps one to find joy in daily experiences and in the moment, and helps to keep one centered and connected with, and conscious of, the natural world. It is used to open, activate, and keep the chakras balanced. Dendritic agate assists in expanding one's consciousness, bringing abundance and wholeness in life and one's endeavors. It assists in dealing with stress and confusion by smoothing one's experiences that cause these situations, as well as tempering one's reactions to them, helping one to overcome difficult events by seeing them as challenges instead of bad experiences

Dendritic agate assists with stimulating and maintaining the health of the circulatory and nervous systems and helps to address disorders of these systems, as well as skeletal disorders. It assists in the regeneration of capillaries and veins. As a moderator of the nervous system, it is helpful in bringing relief to pain, particularly back pain caused by inner tension and stress.