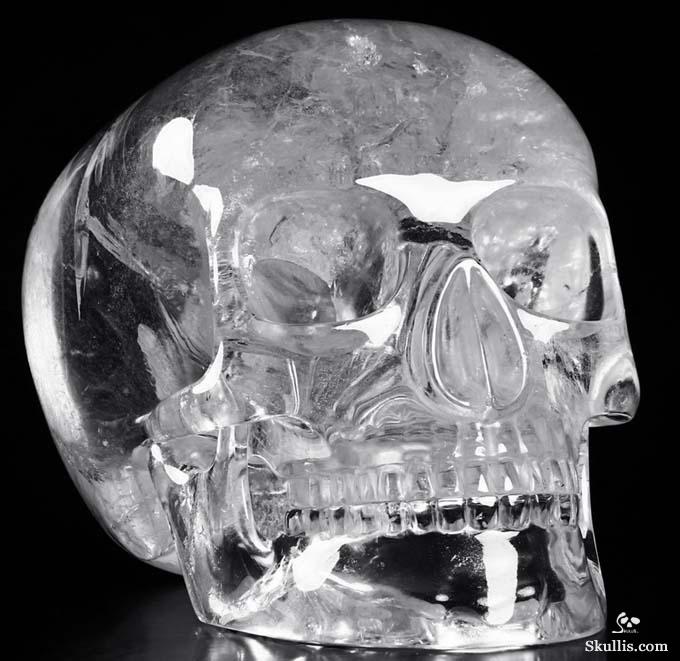 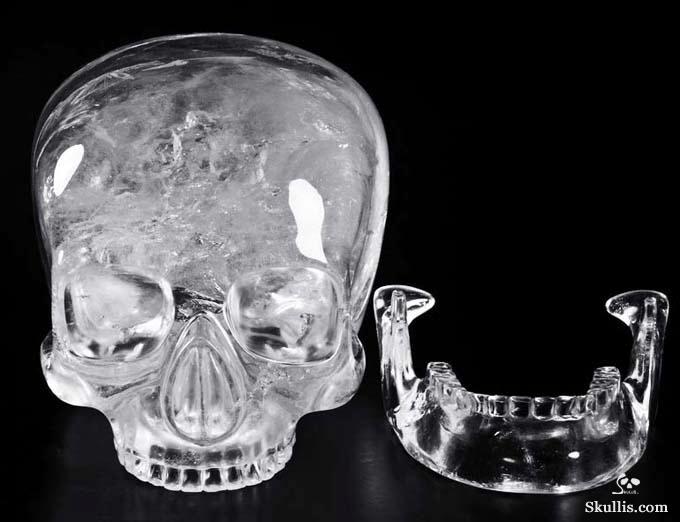 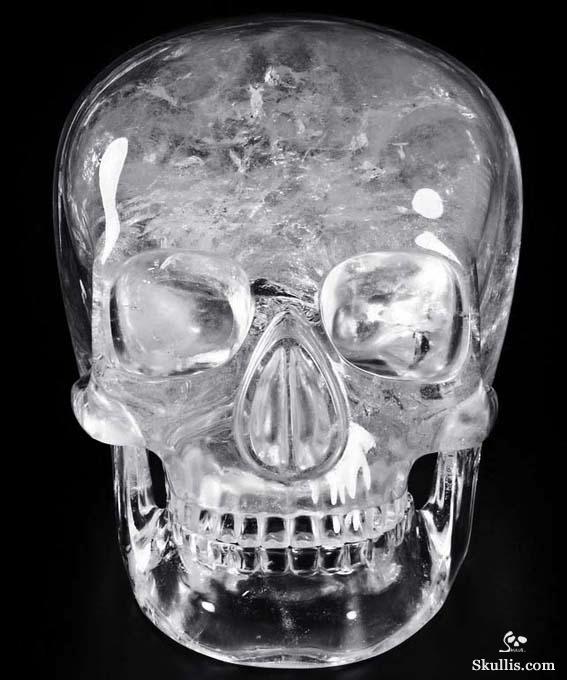 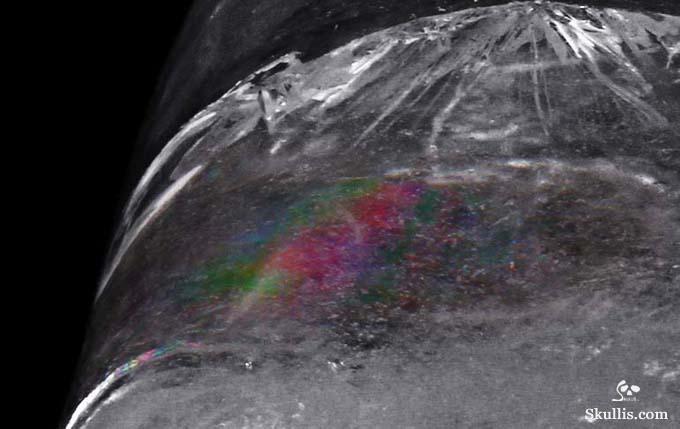 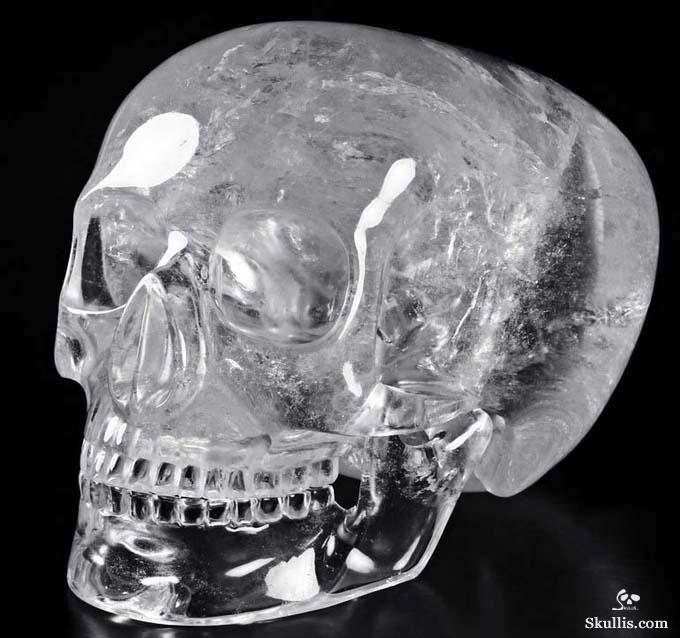 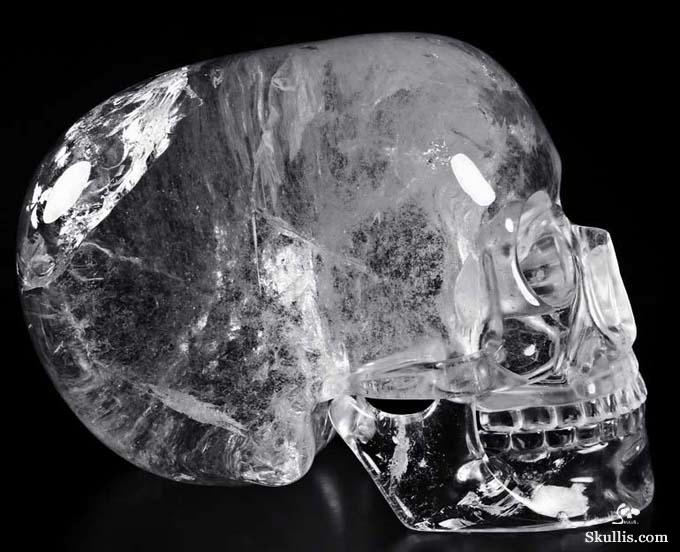 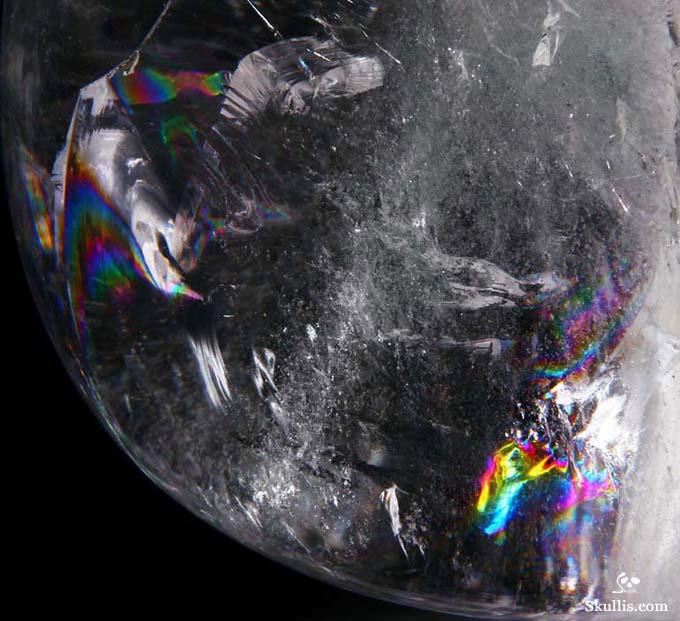 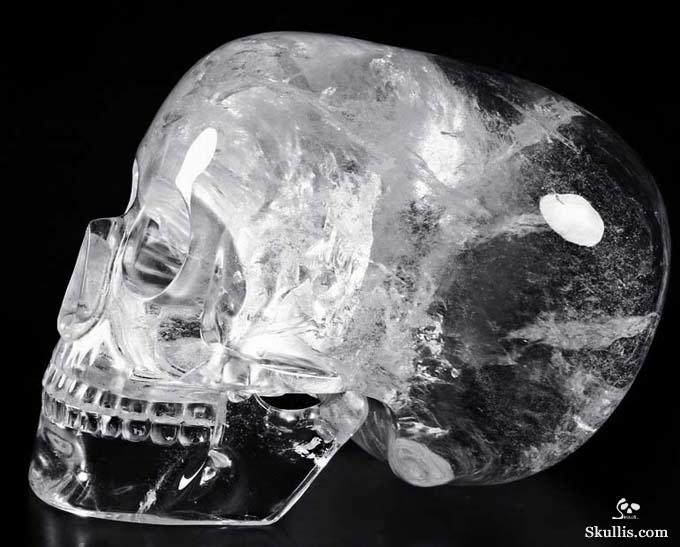 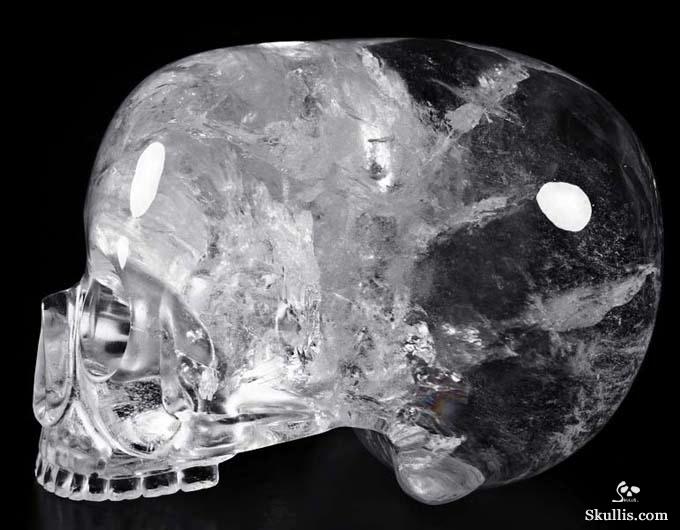 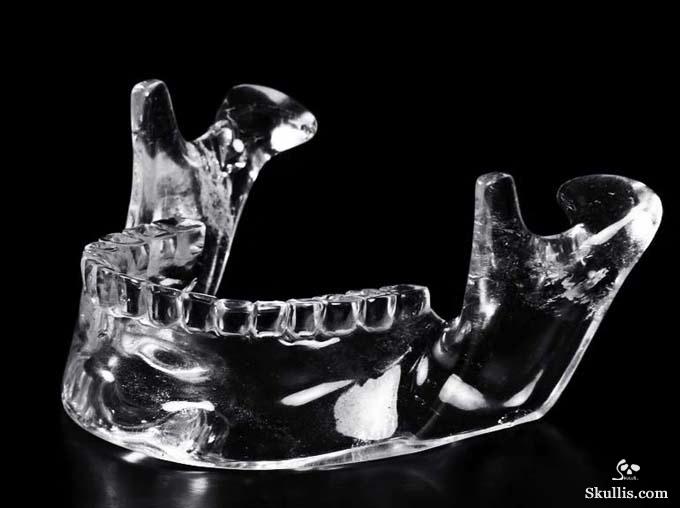 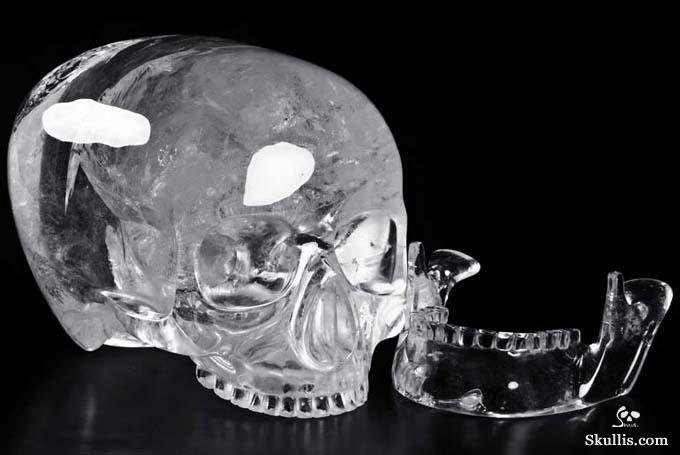 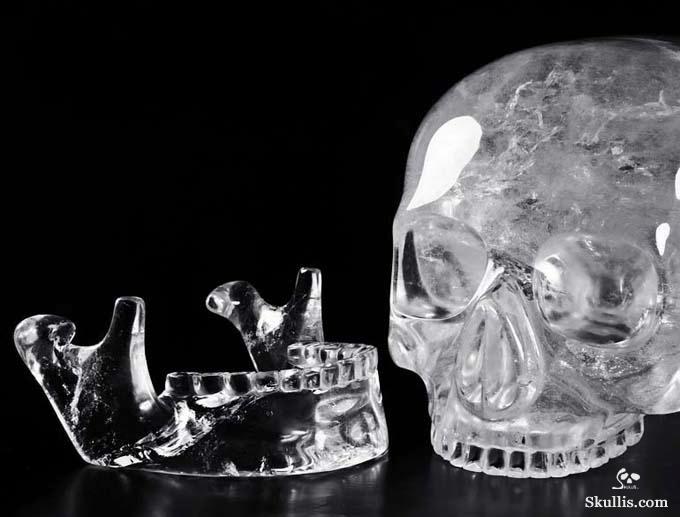 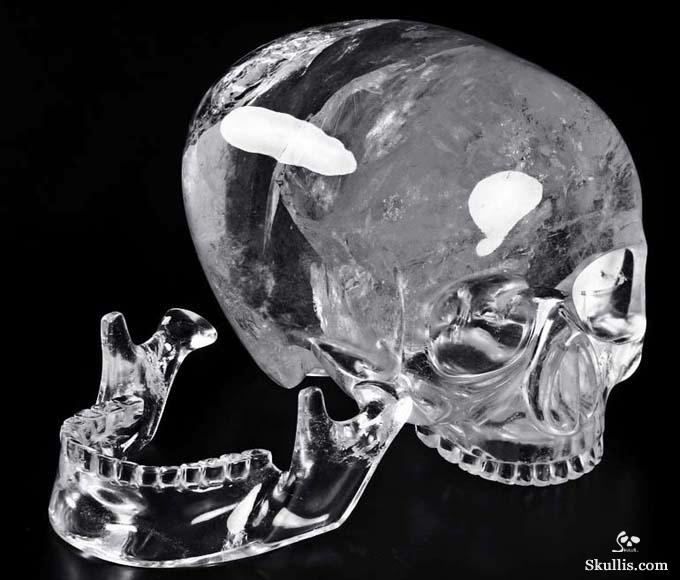 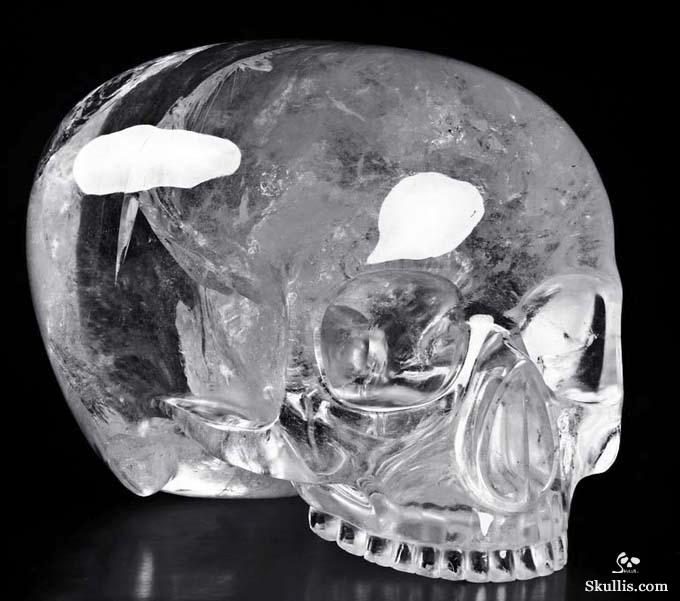 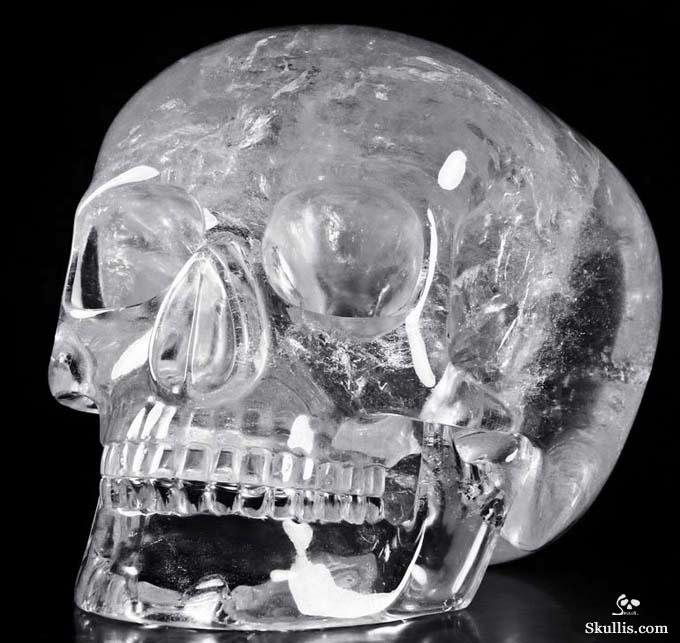 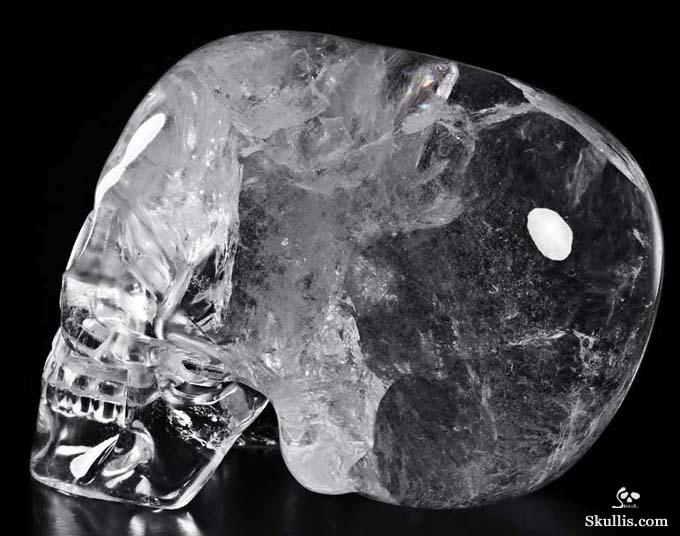 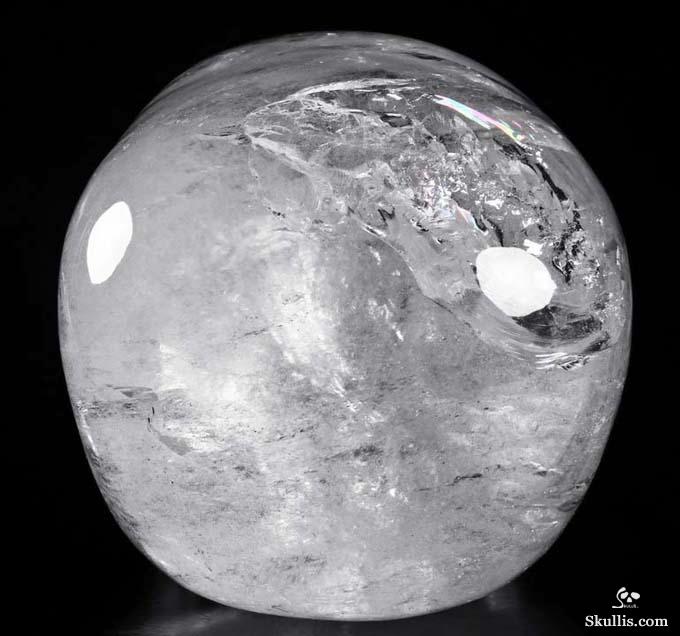 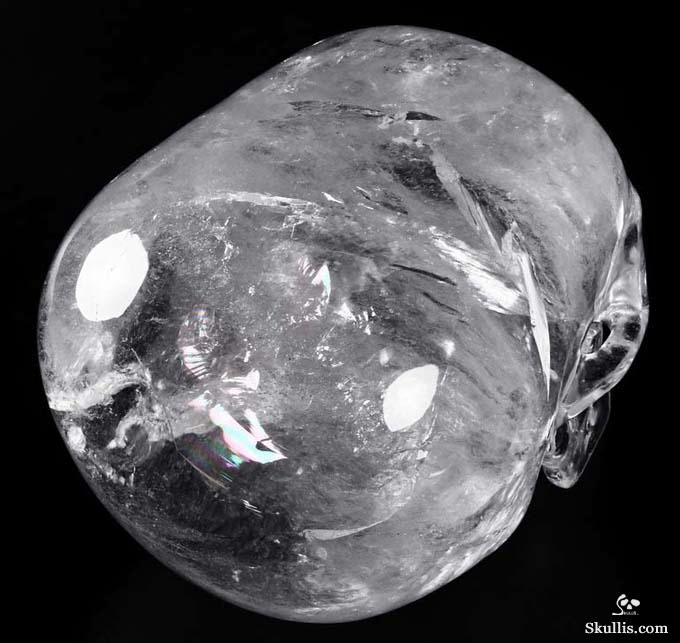 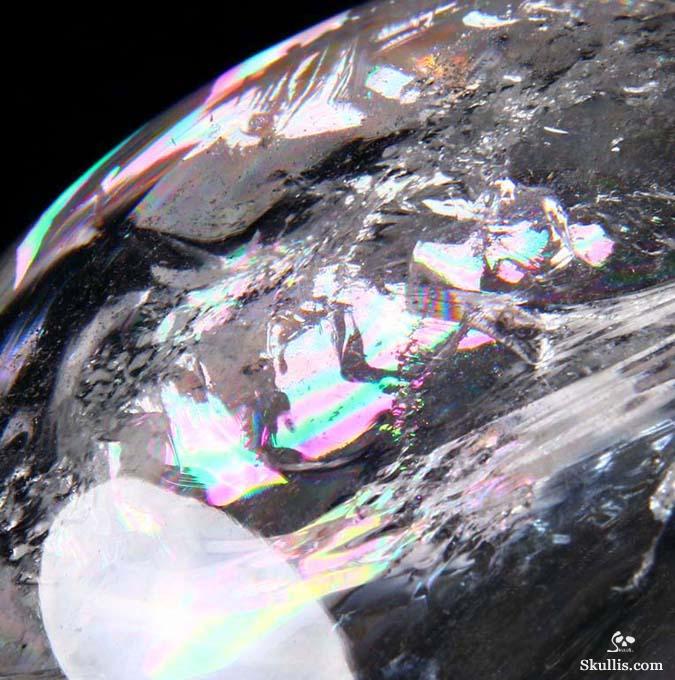 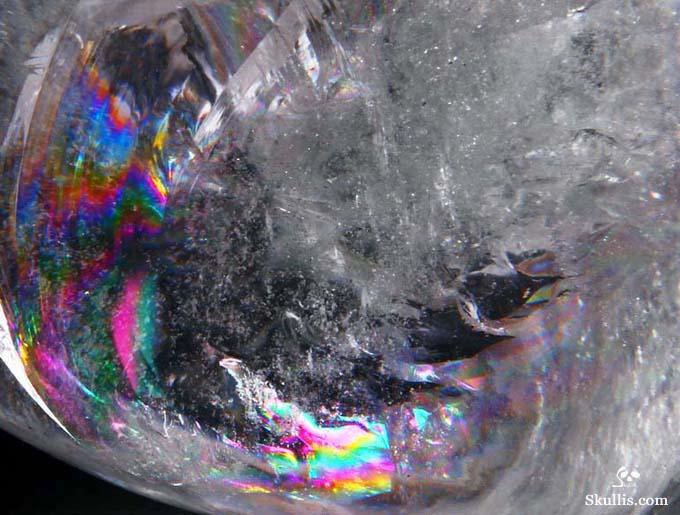 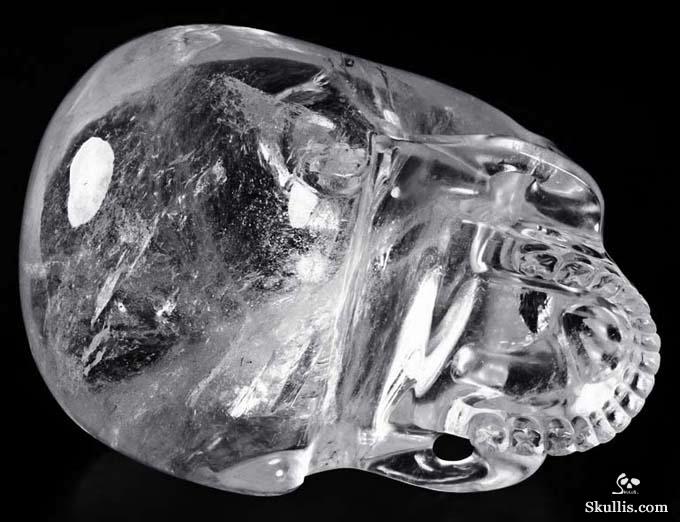 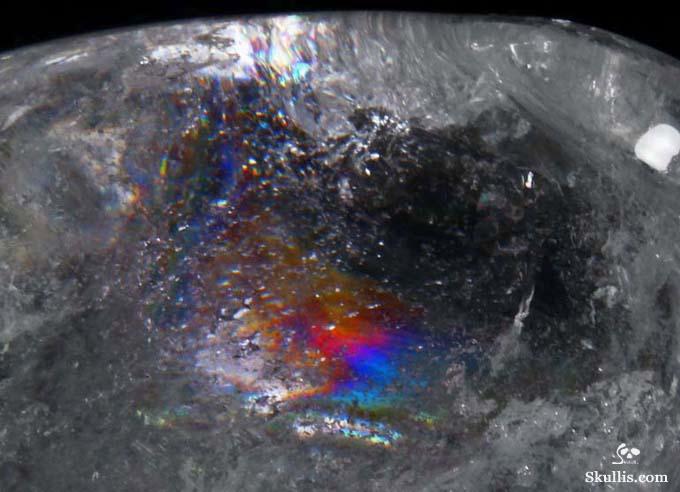 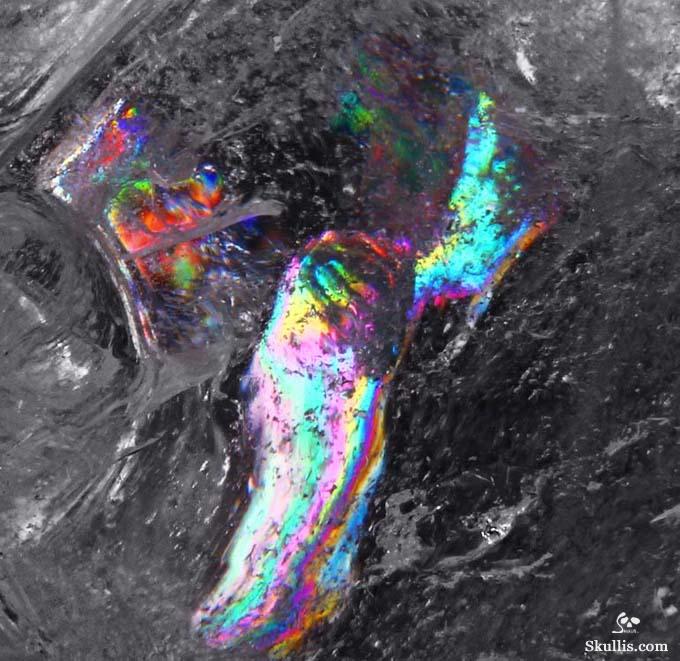 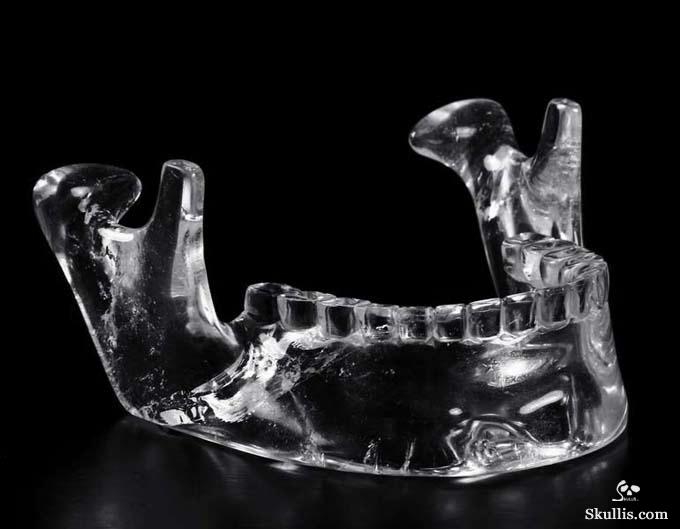 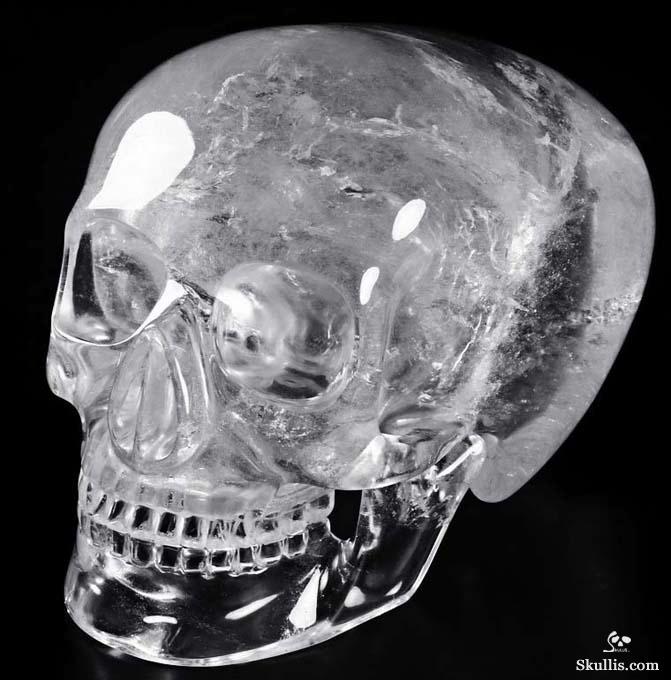 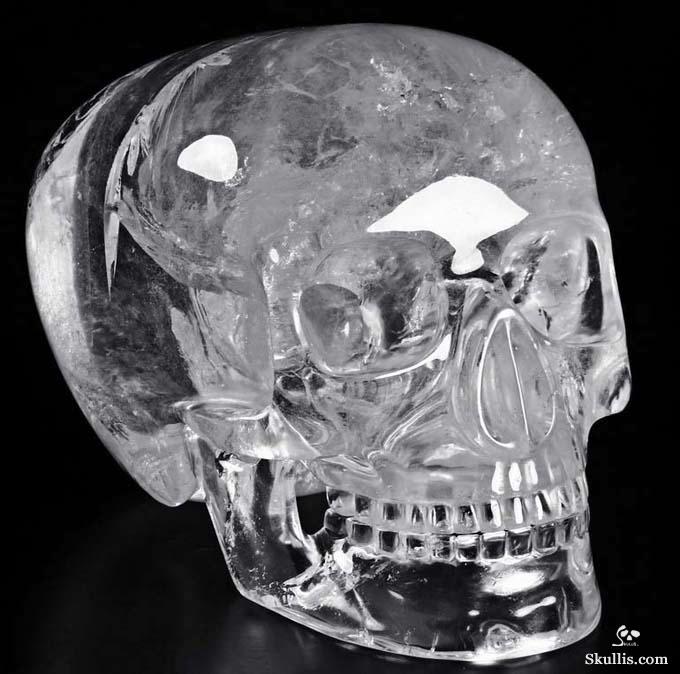 Skullis re-created the legendary skull held in highest esteem by most crystal skull enthusiasts: the Mitchell-Hedges skull. The National Geographic Channel even filmed the process of creating these skulls, from beginning to end, for their documentary on the subject of crystal skulls. One of the most enigmatic and mysterious artifacts of all time, the Mitchell-Hedges crystal skull has long been a source of both wonder and controversy; bringing out in those who study it states ranging from ecstatic visionary mystical experience to incredulous skepticism. As the story goes, the skull was discovered in 1927 by British adventurer and explorer F.A. Mitchell-Hedges and his adopted daughter Anna, in Mayan ruins at Lubaantun, in what was then British Honduras (present day Belize). Then branded as the "Skull of Doom" by F.A. Mitchell-Hedges, it was purported that Mayan priests could will death with the skull, and a series of stories about the 'curse' of the skull unfolded in the next several years. Later, the skull came to be associated with healing powers, visionary properties, and even the 2012 Mayan prophecies, and has subsequently been re-branded by Anna Mitchell-Hedges and the present caretaker of the skull, Bill Homann, as the "Skull of Love". Regardless of its caretaker or any 'magical' properties attributed to this artifact, stories of people having strange experiences in the presence of this skull stretch from the time of its discovery up to the present day, but skeptics remain unconvinced by these anecdotal accounts. Whether a believer or a skeptic, one must admit that this beautiful object holds a place of primal fascination in the minds of millions; this ultimate paradoxical symbol of our material impermanence: the human skull, wrought from one of the most spiritual and permanent of materials: quartz crystal. It has been said that the skull was carved by Mayans, Atlanteans, or even extra-terrestrial beings, and that it took anywhere from 150 to 300 years to produce (if made by Man). As one of the Hewlett Packard crystallographers said himself after studying the skull in 1970, "The damn thing shouldn't even be!". Even using today's most sophisticated technology, experts have stated time and time again that this mysterious artifact would be impossible for modern humans to reproduce. Impossible that is, at least, until now. After untold hours of research, study, and carving, we have done it! The top artists at Skullis Studios have exactingly reproduced the famous Mitchell-Hedges crystal skull. Not only did we scour the Internet for every available photo, youtube video, and written description of the Mitchell-Hedges skull (including the official size and weight measurements- provided to us by documentarians from the National Geographic Channel, via The Smithsonian Institution in Washington DC); we also acquired every DVD available featuring the skull, from its original appearance on Arthur C. Clarke's "Mysterious World", to more recent documentaries (Smithsonian Institute/BBC documentary on the subject of crystal skulls, SyFy Channel documentary, among others), to videos sold as meditation aides by the skull's present caretaker, Bill Homann. Proportionately accurate in every detail, the skull has been painstakingly reproduced using official measurements taken by Frank Dorland at the Hewlett Packard crystal laboratory, where the Mitchell-Hedges skull was first subjected to rigorous scientific testing in 1970. Besides watching every known piece of video showing the skull and studying every available picture innumerable times, our team of top artists also took detailed measurements from multiple high quality DVD images (taken from various angles) of the skull and lower jaw, to ensure the highest degree of accuracy possible in proportionately recreating every feature of the original. Many months and several iterations later, we have finally done what the experts said could not be done: we have successfully and accurately recreated the most enigmatic lapidary masterpiece of all time! Skullis Studios will offer the Mitchell-Hedges replica in various materials (from pyrite to piezoelectric quartz) and sizes (up to 1:1, and perhaps even larger)- many of the larger carvings having the famous removable lower jaw, hand-carved from the same block of crystal/mineral as the skull itself.