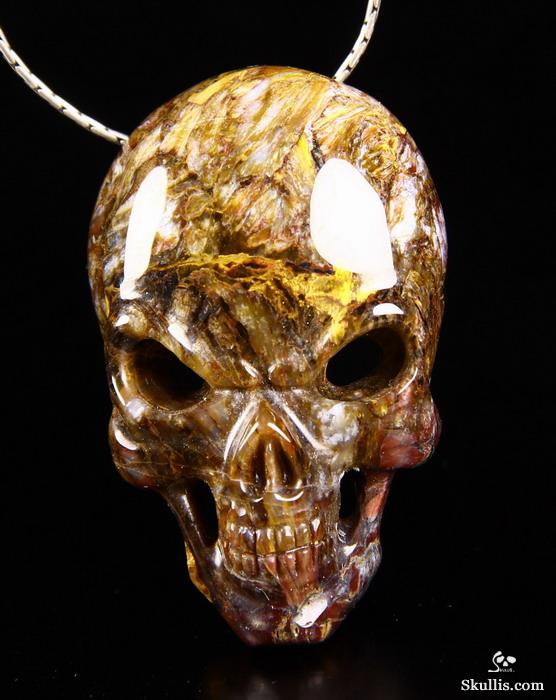 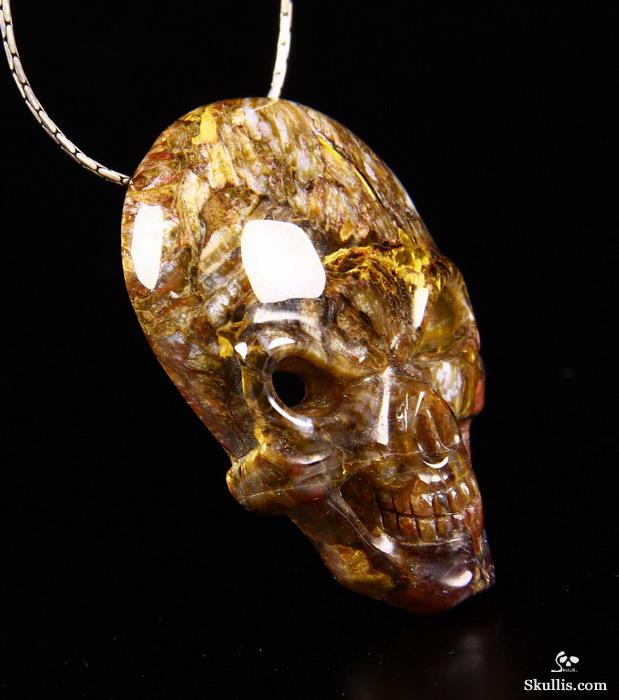 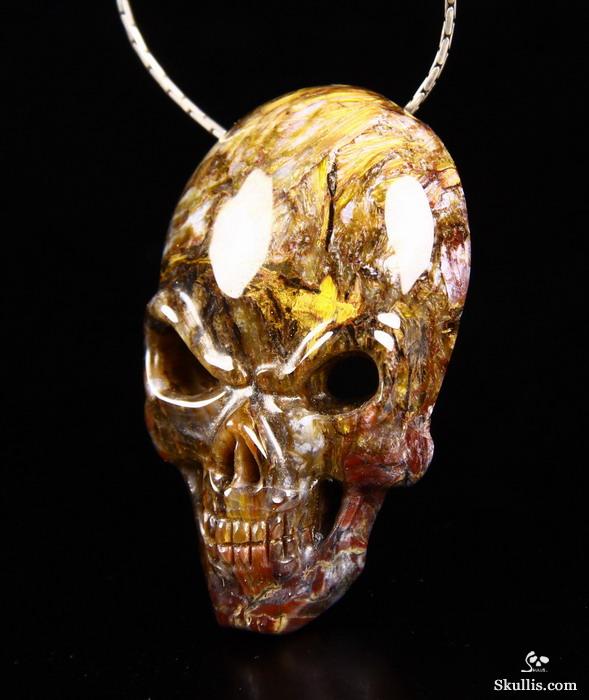 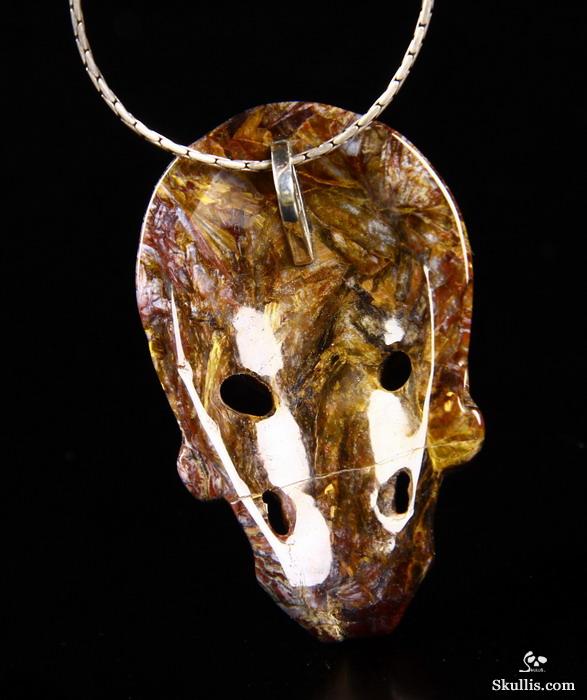 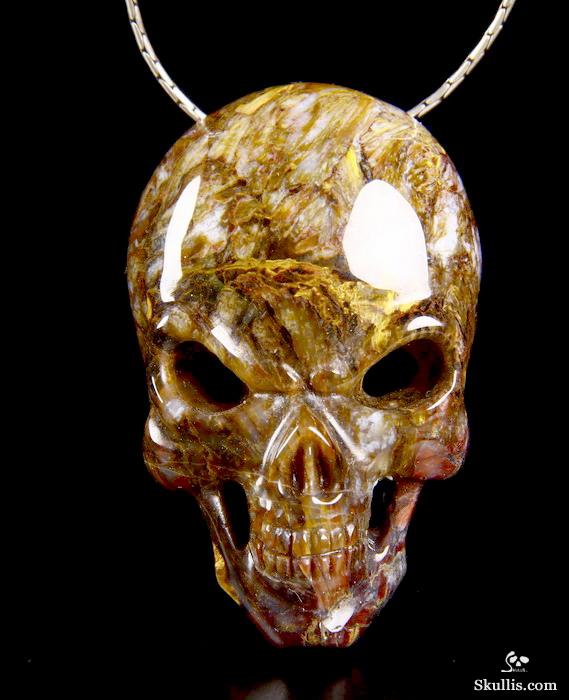 You are looking at a pietersite skull.


Pietersite was named in honor of its discovery by Sid Pieters. In 1962, Mr. Pieters was visiting a farm in Namibia, Africa, when he first laid eyes on a sample of this mineral. The stone appeared to be quite heavy for its size, so he took it to his workshop for further study. No sooner than had he cut the stone open, Pieters was stunned by the brilliant rays of his new finding. Mr. Pieters exclaimed, "Of all the gemstones I have seen in the world, this is one of the most beautiful."