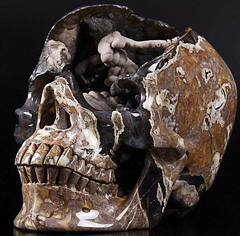 Worlds Away is a very special dinosaur egg agate geode crystal skull with an interior populated by black agate stalactites and stalagmites. The mounded and globular shaped stalagmites keep the black coloration while the conspicuous, long finger-like stalactites are covered in a thin lightly colored coating. Worlds Away has a myriad of amazing details to explore and discover, inside and out, and is one of the most interesting dinosaur egg agate crystal skulls Skullis has ever produced.

This remarkable Worlds Away dinosaur egg agate geode crystal skull will be a wonderful source of inspiration when used for meditative and spiritual exploration, helping one to understand the intricacies and details of situations being focused upon. Worlds Away is designed to enhance ingenuity and creativity, to bring new ways of thinking and new perspectives that will move people forward along their individual paths. Although this Worlds Away crystal skull sculpture encourages exploration via the imagination and subconscious intuition, it is not meant to do so at the cost of being absent from the present reality, but rather is meant to bring balance between these places.

Dinosaur egg agate is so named because the rough stone reminds us of fossilized dinosaur eggs. It is a name given to this type of agate, and not intending to imply that it is made from fossilized dinosaur egg. Agate has long been used as a stone of protection, to stimulate analytical capabilities and precision, for providing for perceptiveness to situations, and for awakening ones inherent talents and adroitness. It has also been use to produce inspiration from, and connectedness to, the spiritual worlds. Agate raises one's consciousness, builds self-confidence, and assists one in choosing one's friends carefully.

Agate is used to bring prosperity. Agate is also used to avert, and protect from, lighting and stormy weather (physically and metaphysically). Agate provides strength, helps us to have patience and courage, and its calming effect allows for finding inner peace.

NOTE: Skullis does not prescribe treatment for medical issues. Skullis offers information for reference to assist with the selection and understanding of crystal skulls, including this dinosaur egg agate geode crystal skull sculpture. 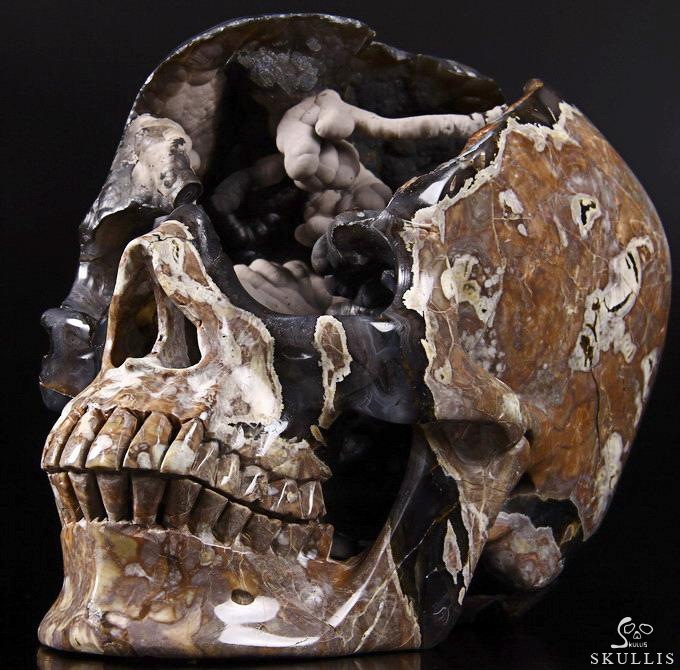 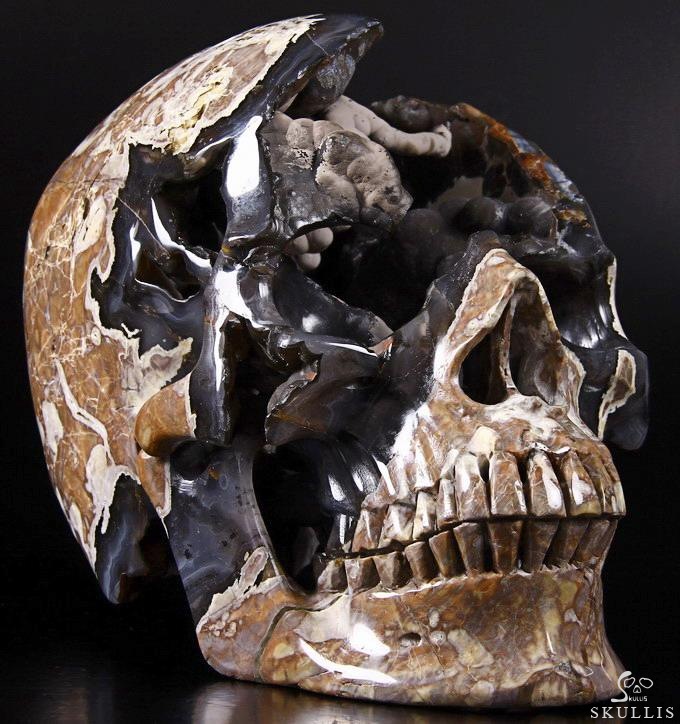 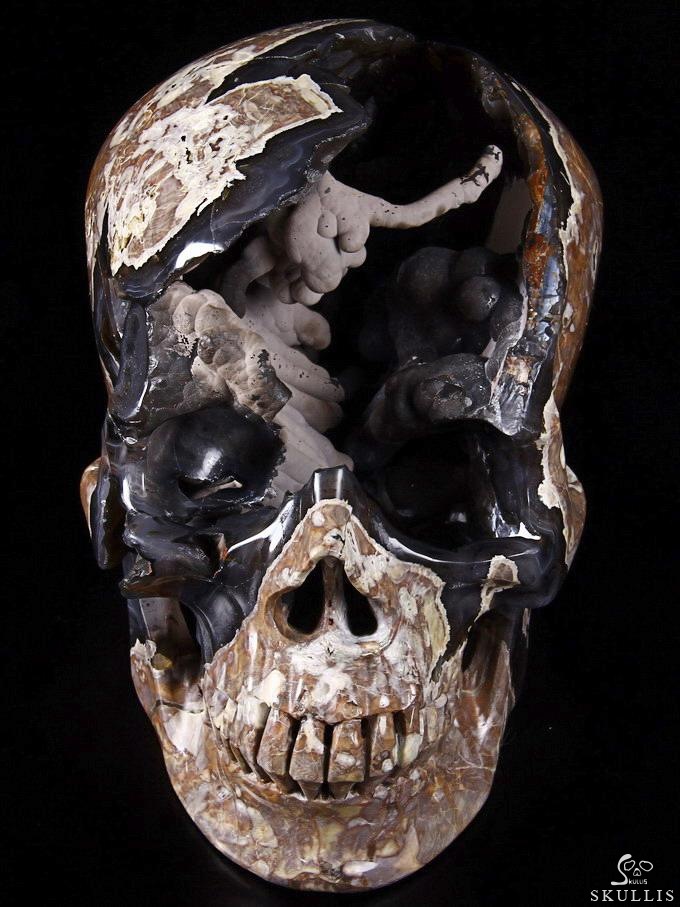 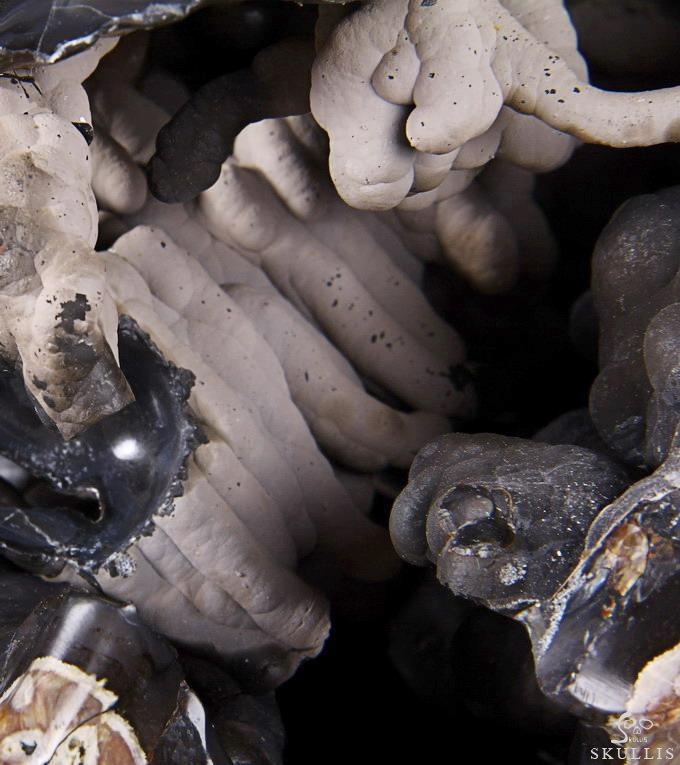 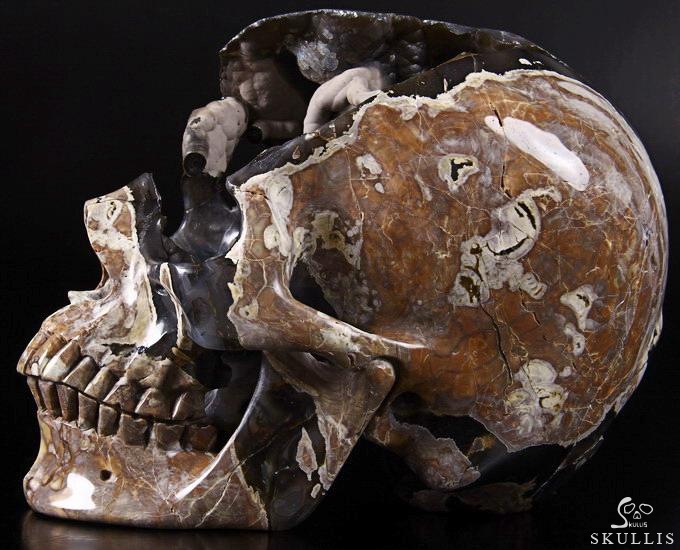 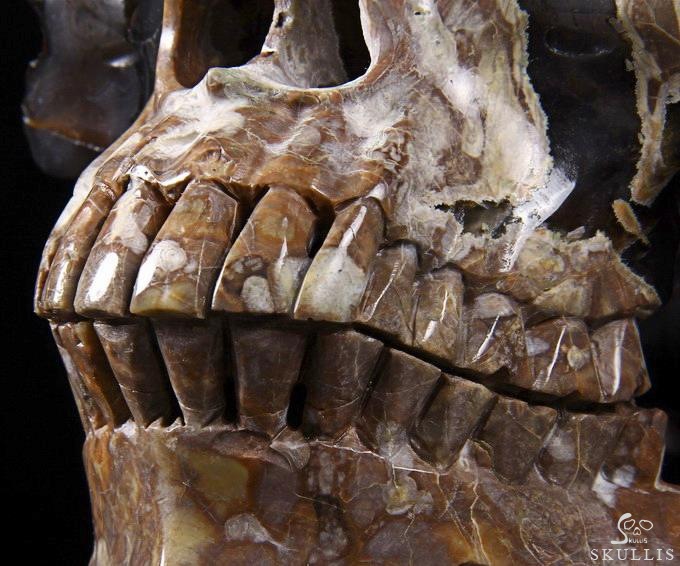 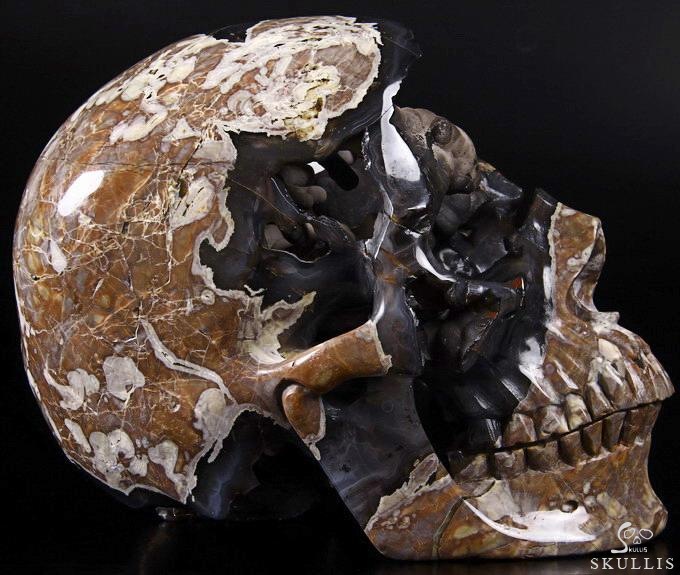 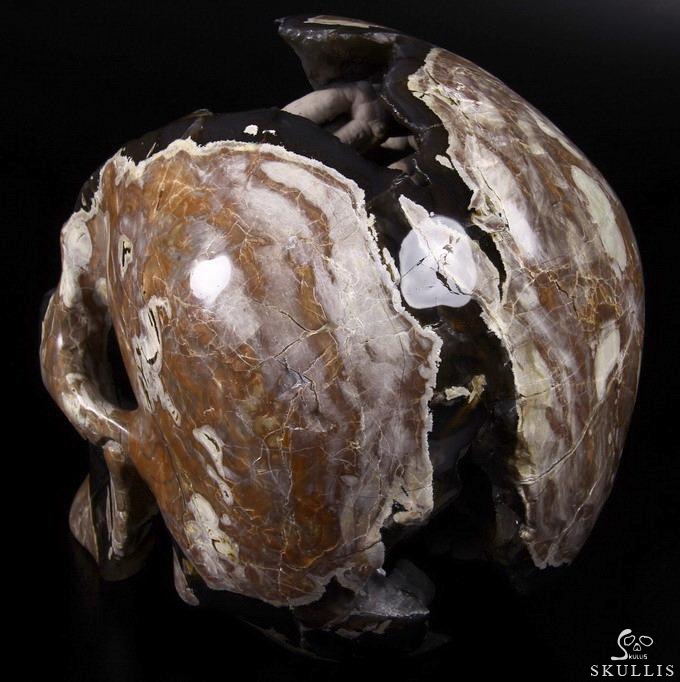 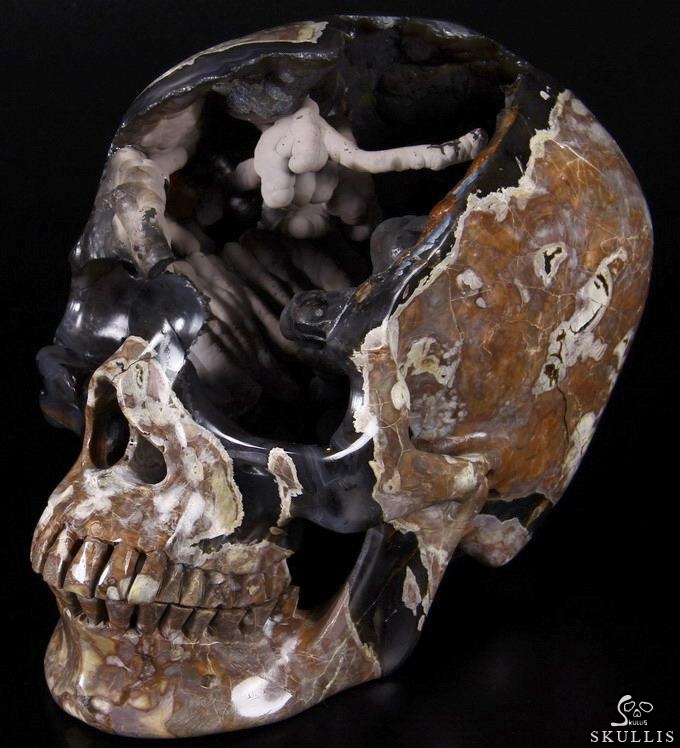 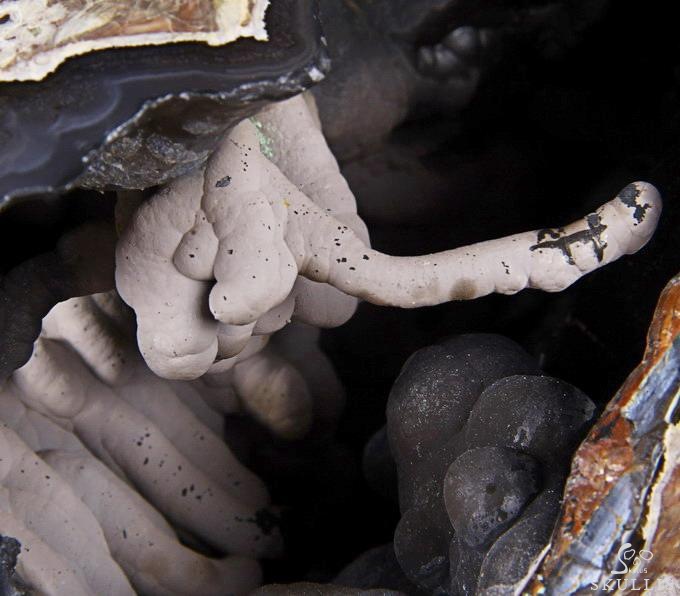 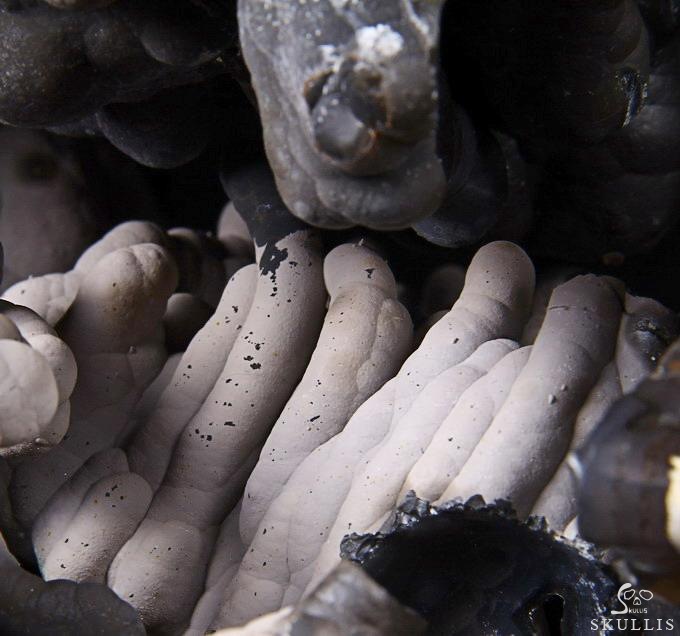 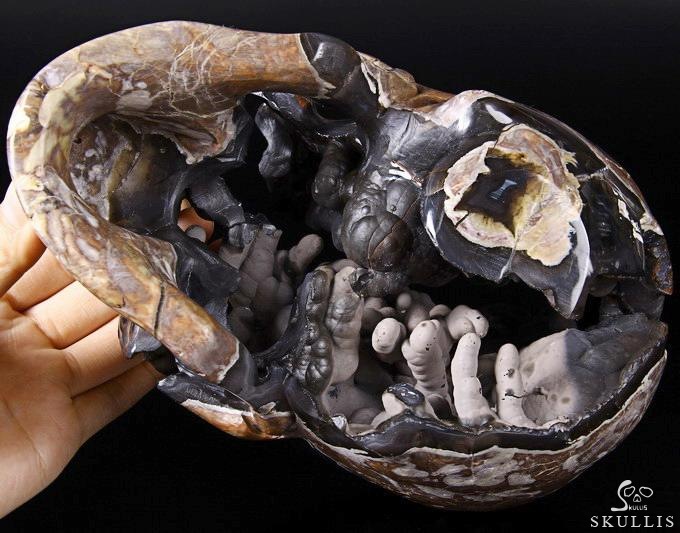 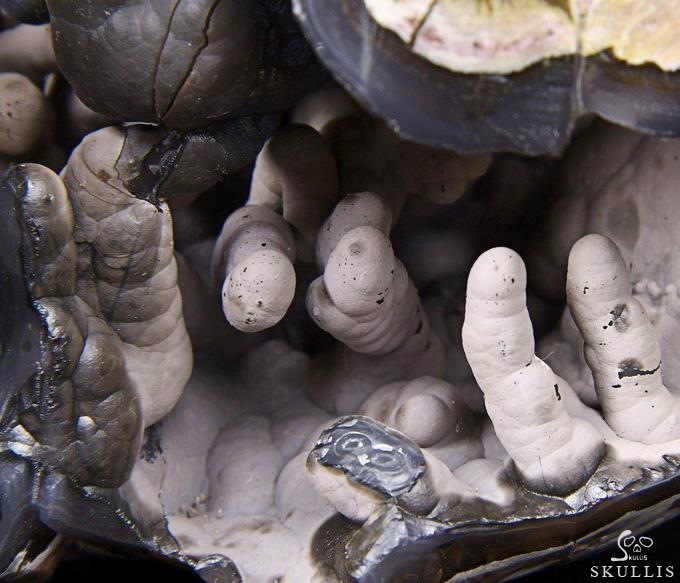 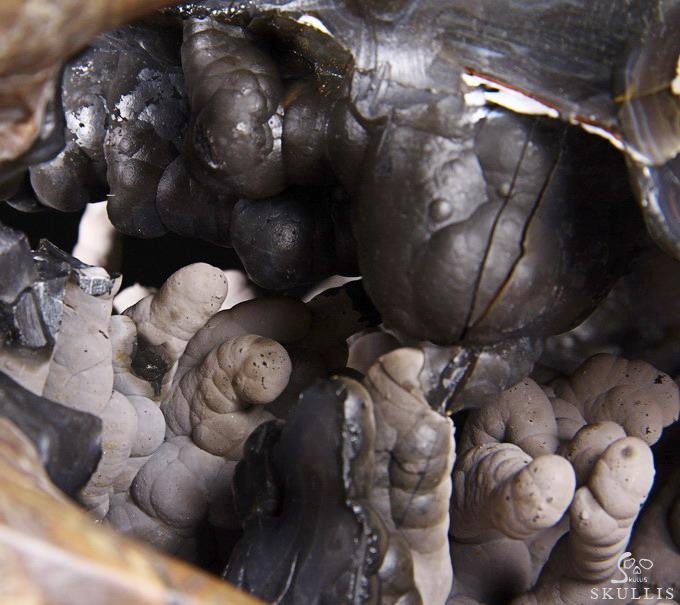 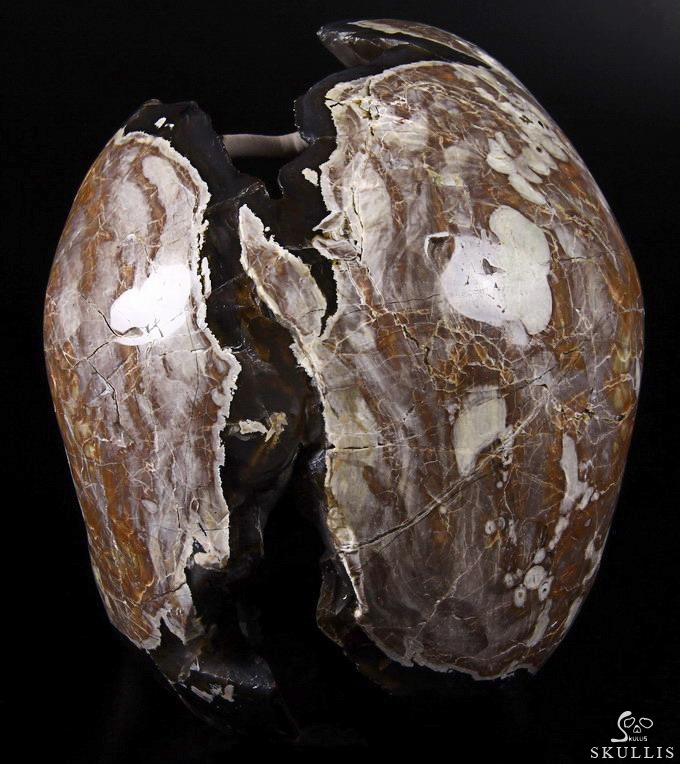 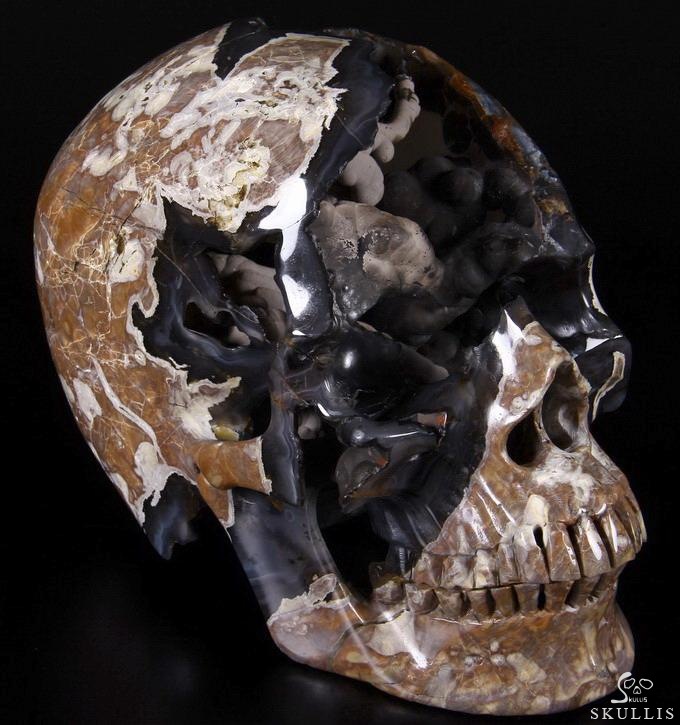