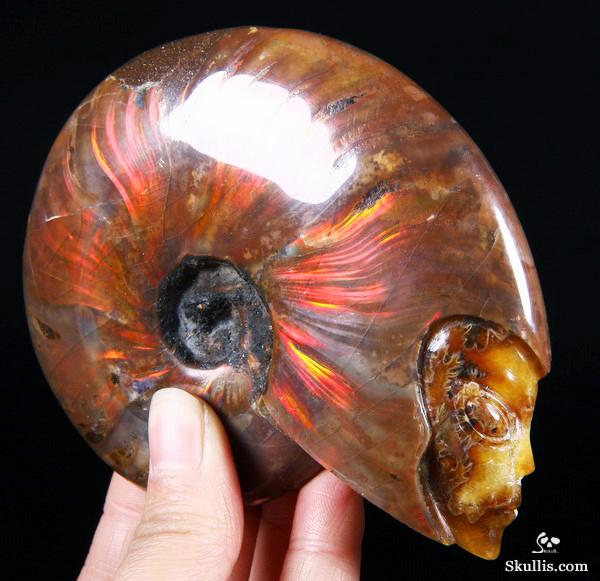 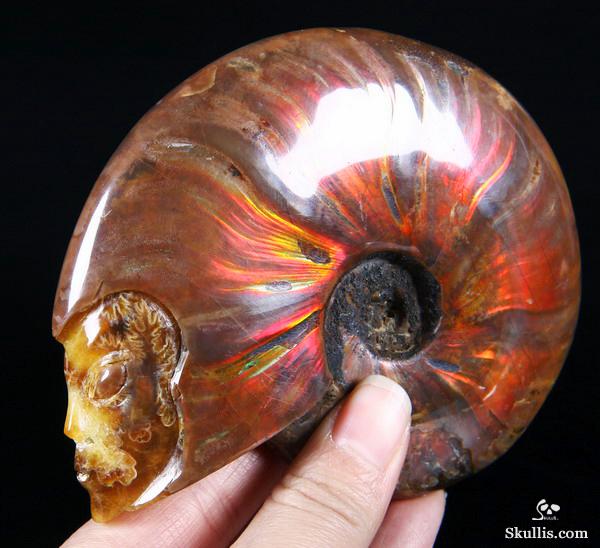 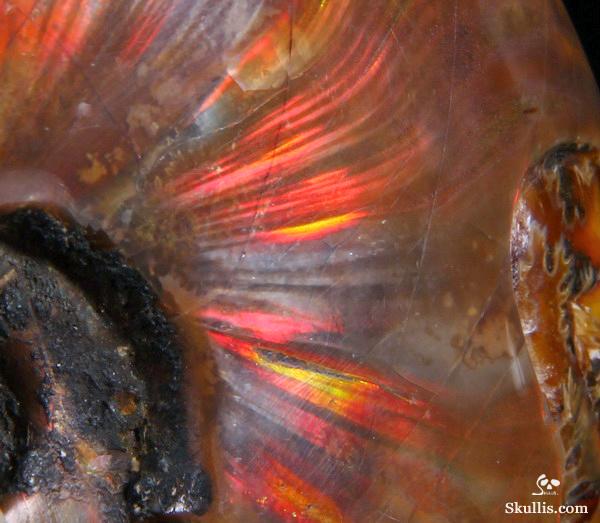 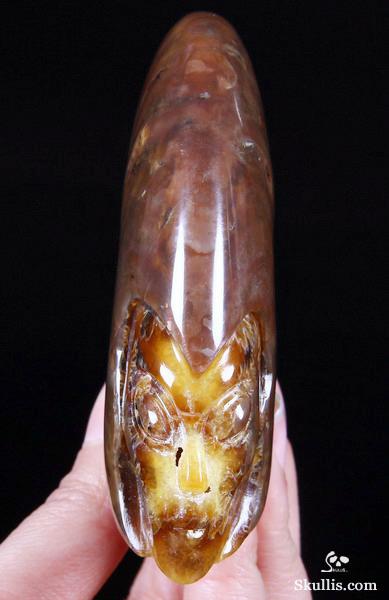 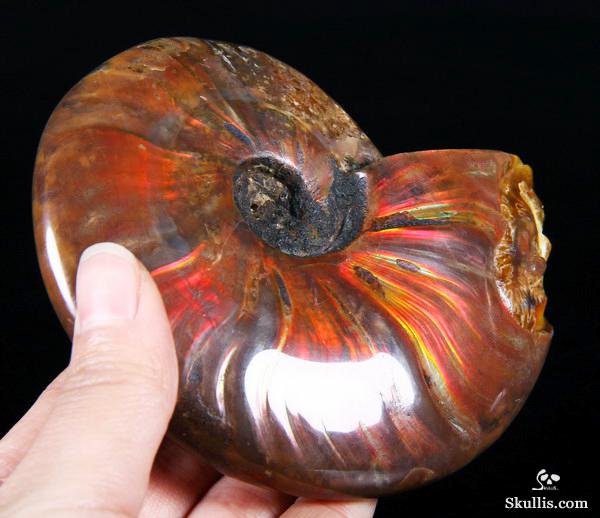 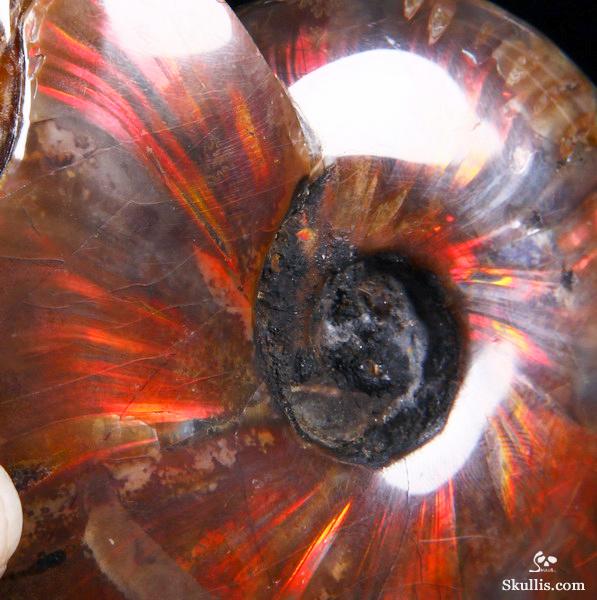 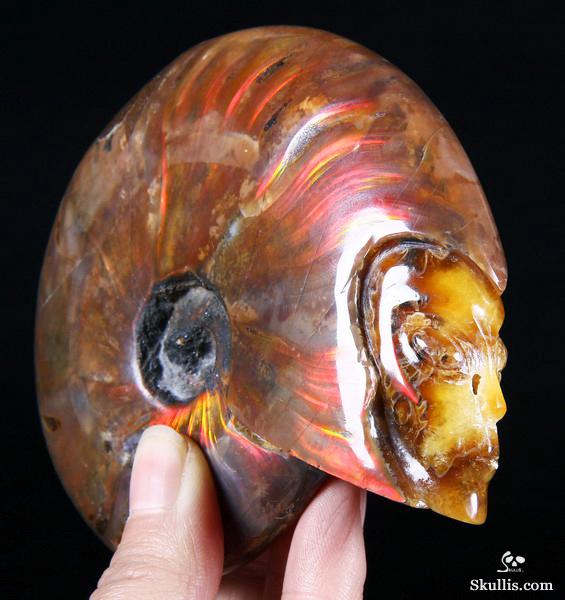 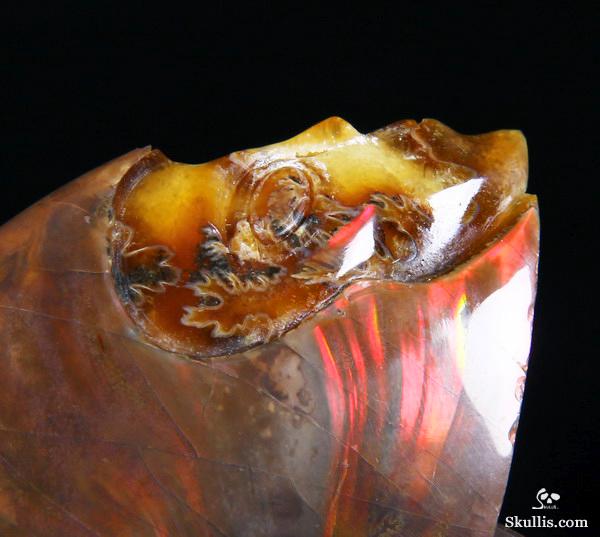 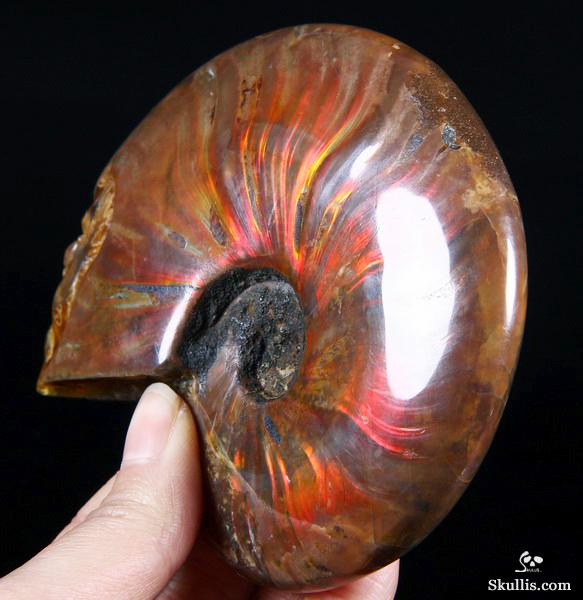 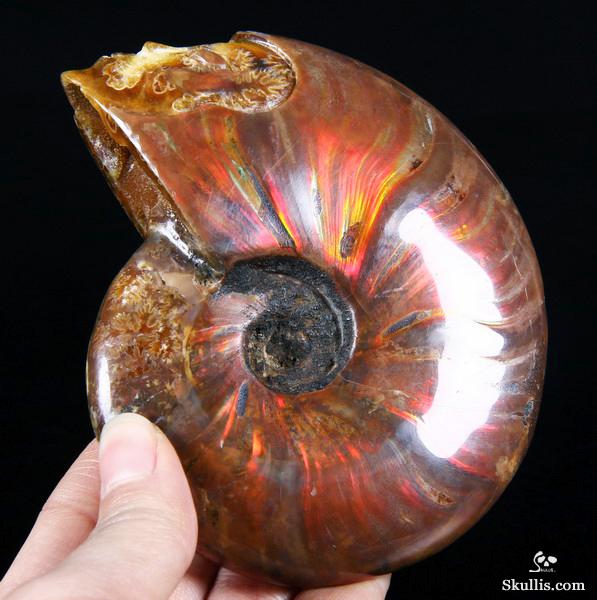 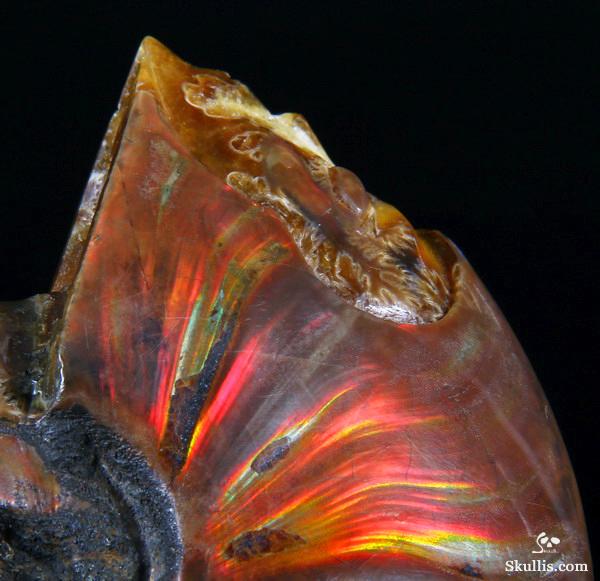 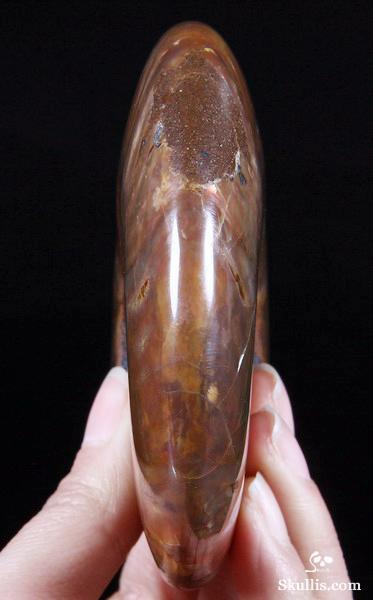 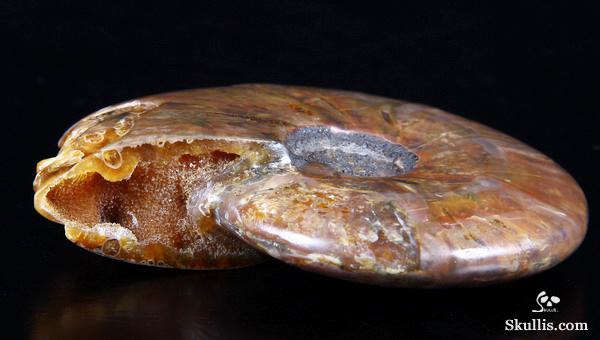 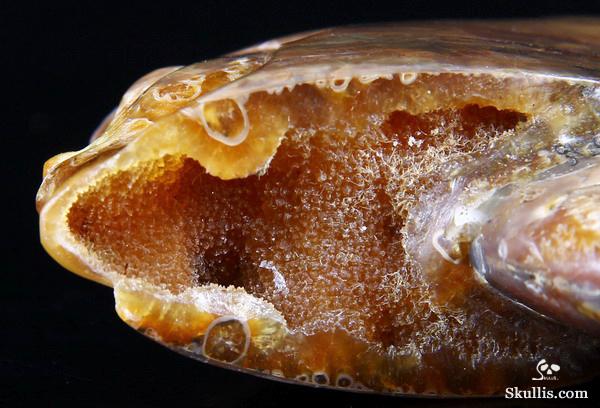 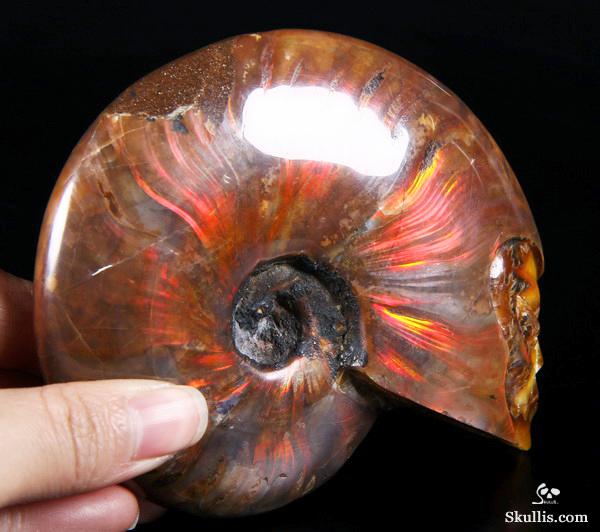 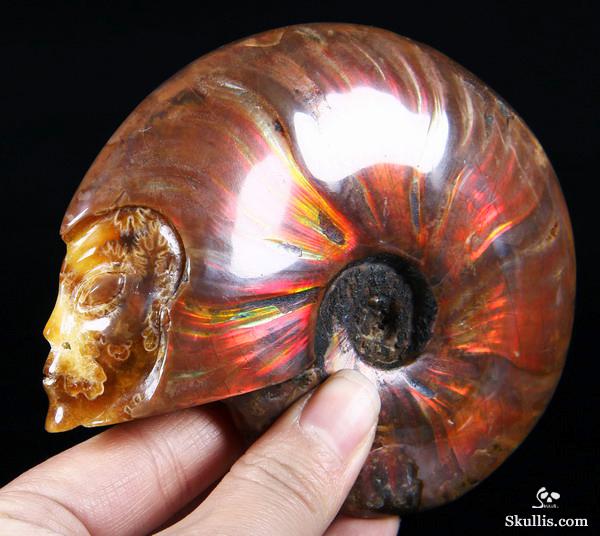 You are looking at an Ammonite Fossil skull. The Skull is 2.0 inches long, from front to back.

The skull pictured is the exact one you will receive. All pictures were taken in natural light.