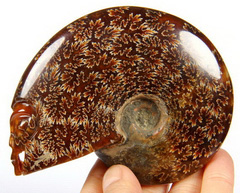 You are looking at an Ammonite Fossil skull. The Skull is 3.7 inches long, from front to back. In India ammonite fossils are identified with the god Vishnu and are used in various ceremonies. The name Ammonite comes from the Greek ram-horn God called Ammon. Ammonites are the most widely known fossil; they are cephalopods and first appeared in the seas 415 million years ago, in the form of a straight shelled creature known as Bacrites. During their evolution three catastrophic events occurred. The first during the Permian period (250million years ago), only 10% survived. They went on to flourish throughout the Triassic period, but at the end of this period (206 million years ago) all but one species died. Then they began to thrive from the Jurassic period until the end of the Cretaceous period when all species of ammonites became extinct. 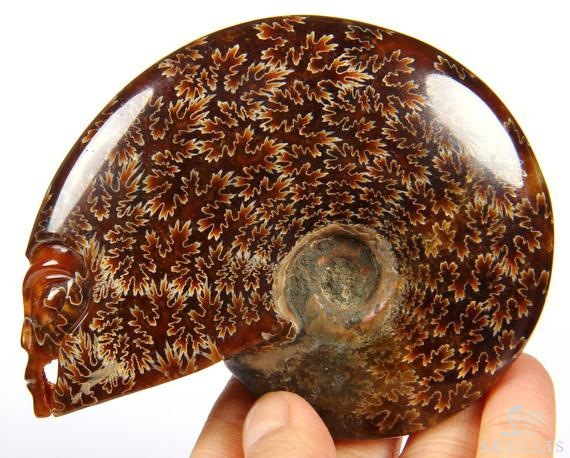 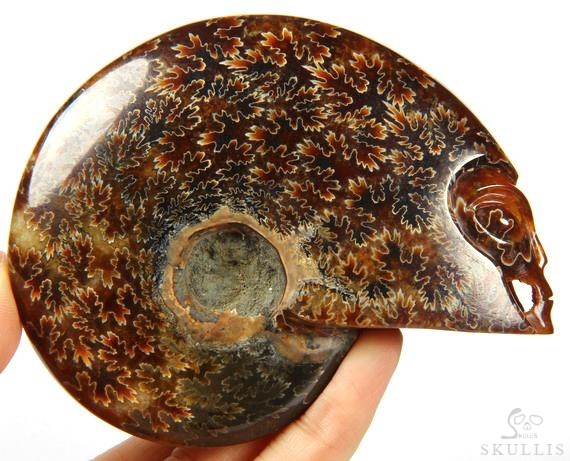 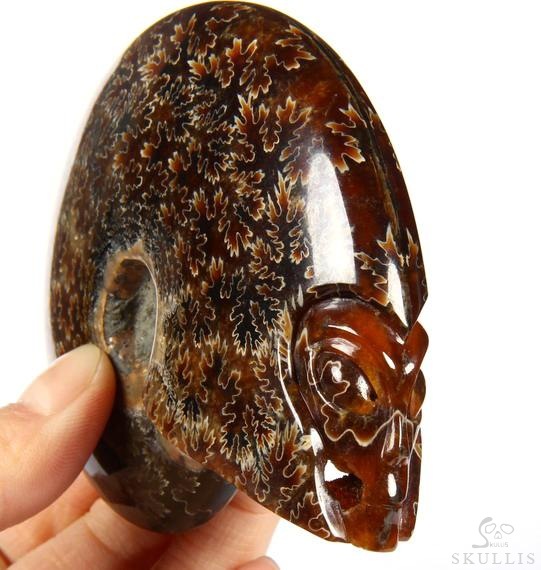 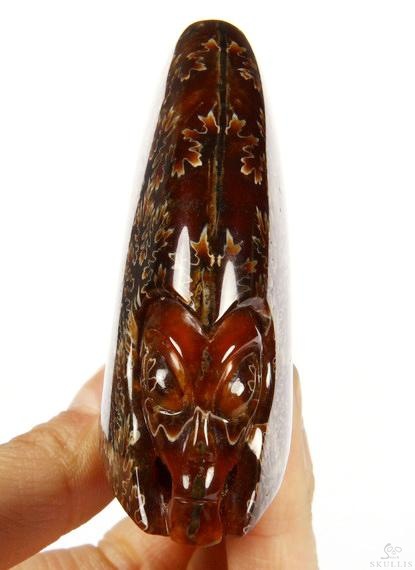 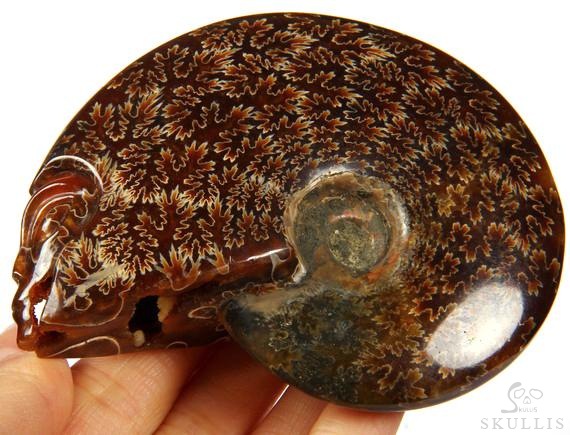 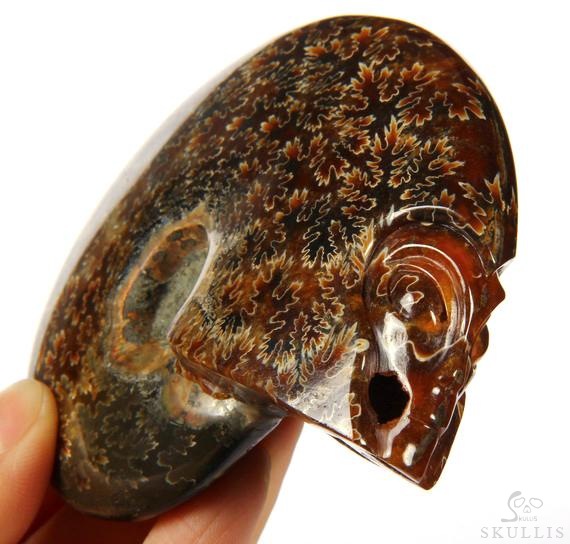 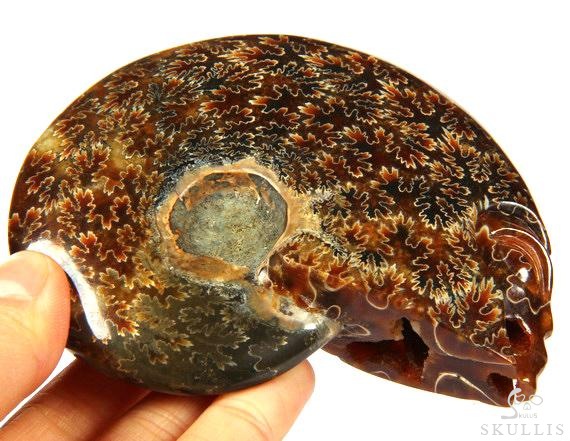 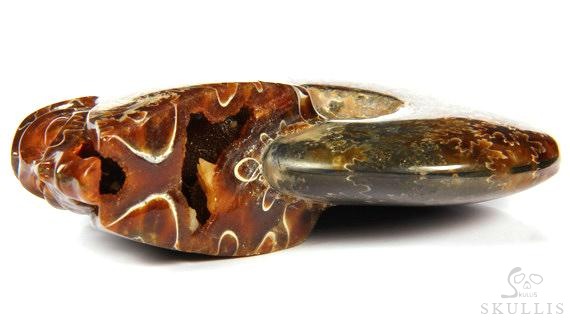 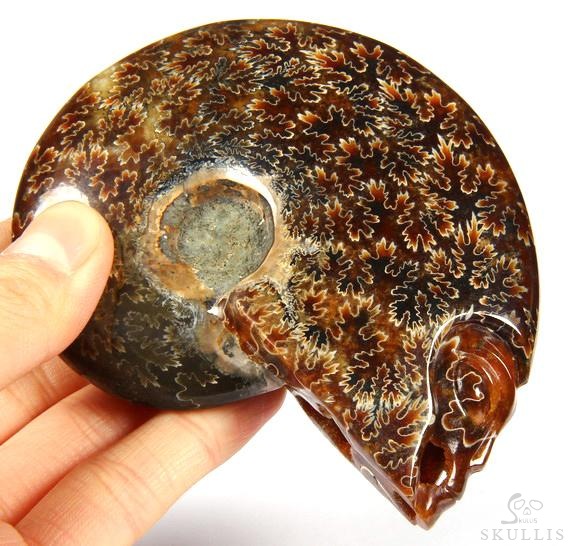 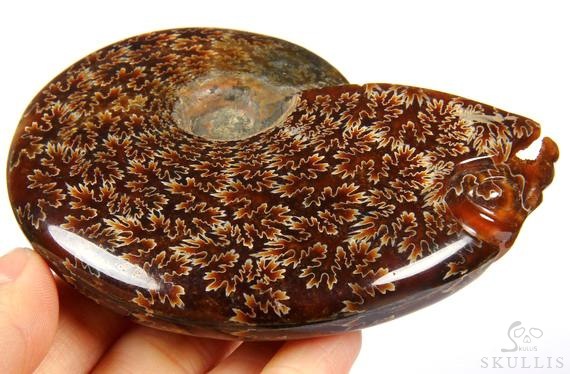 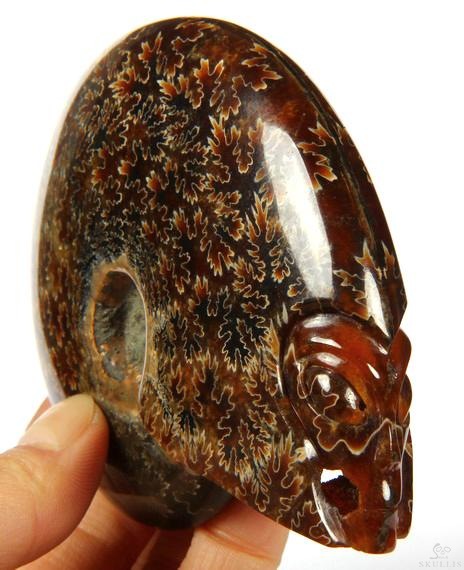